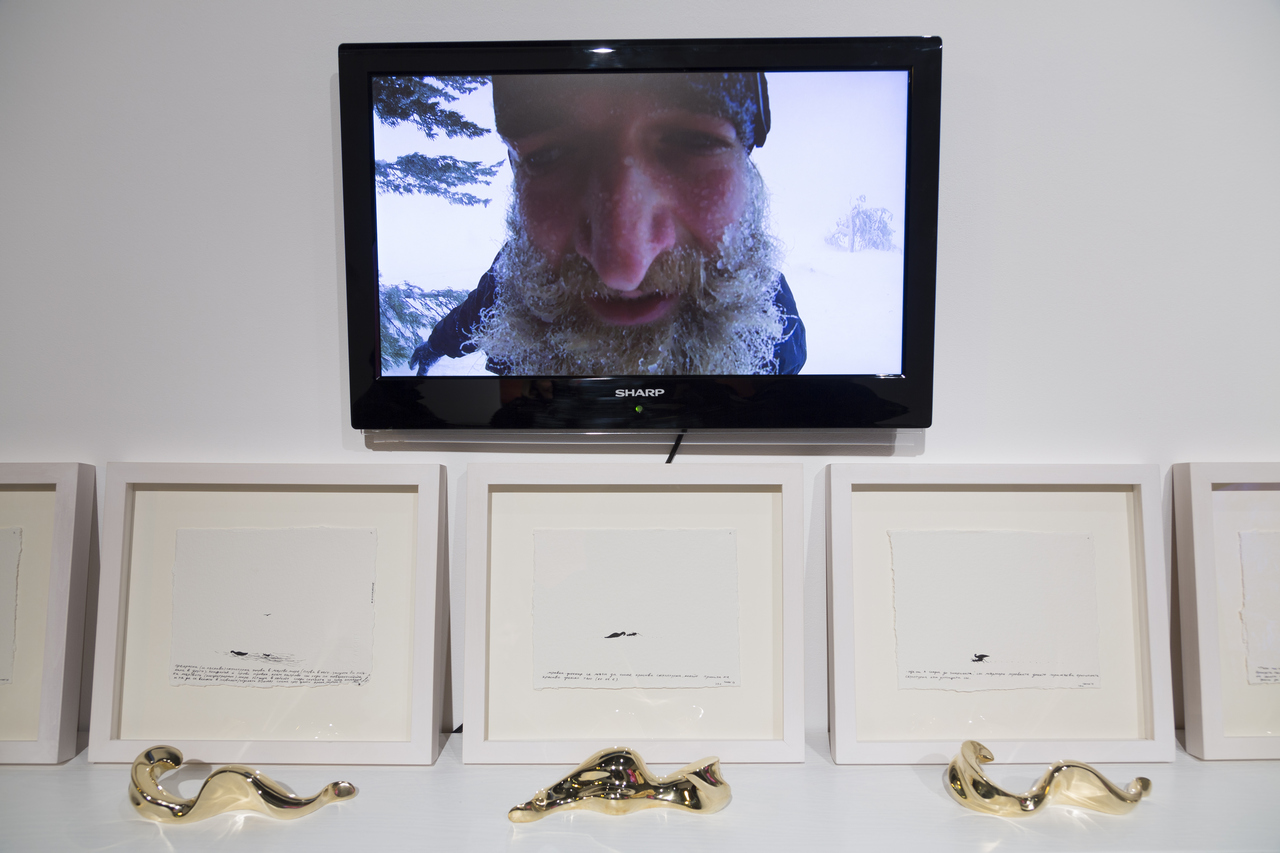 The exhibition will run from 1 March until 30 April 2013. On 2 March (Saturday, 11.00 a.m.), the public is invited to a conversation with Nedko and Dimitar Solakovi moderated by curator Iara Boubnova.

The introductory text for the exhibition was written by Iara Boubnova.


Several metaphors can be read into the dramaturgy of this exhibition of three generations of the Solakov family. The first and most obvious one is contained in the title – “Sentimental Show” – which points at the interrelationships between the three artists. The second one is suggested by the extensive vocabulary of art forms used in the exhibition – sculpture, drawing, painting, photography, objects, performance, video – a sequence which is determined by the chronology of art history. Each of the exhibition’s “operators” follows the logic of his own generation: Mityo Solakov is the Creator of Forms, Nedko Solakov is the Conceptual Narrator, while Dimitar Solakov, the Observer, is the author of “video canvases”.

Form creation is a recognizable feature of modernism, rooted in faith in the artist’s ability to create something radically new. This belief now belongs to the past. Today we know that change in the natural world is effected in a more complex way and that it moves along spirals (specifically, the spirals of DNA). Today, the “discipline” of art is understood as the reworking, redefining and restoring of connections, as well as the generating of mythologies on various scales.

One of the key moments in this exhibition is the peaceful cohabitation of a minimalist object – which resembles a constructivist architectural experiment, but is actually a tool used in home-made tomato juice bottling – with abstract biomorphic sculpture, both by Mityo Solakov. The narrative of Nedko Solakov, in its own right, is also woven together from what is labeled “practical” and “fine” in the arts. Through interpretation and reinterpretation, Nedko produces distance between the objects’ utilitarian aspect and concentrates instead on the relationship between object and meaning, generated in the exhibition. In his understanding, his father’s construction is a familial Alexandrian Lighthouse, lighting the way. We would all like to believe that the world is integrated and that old and new, past and present all have meaning and are intelligibly linked together. This belief is coded in the texts in Nedko’s drawings – characters and objects from yesterday and today, and from a presumed tomorrow. These characters, created by fathers and sons, meet, communicate and come to life. They become part of the familial, where everything has its logical place, cause and effect.

Normally, an Observer is unbiased and doesn’t ask questions or cast doubt on the integrity of what surrounds him. The world in his lens is as it is, but the perspective is always subjective and “attached” to the self. For Dimitar Solakov, the foaming home-made tomato juice of his ancestors becomes the red lava of creation, which engulfs everything it meets, including his grandfather’s tomato juice “architecture” and the red sunset over the family home in the village of Boriki in his father’s theatrical oil painting. As an Ant-Guy, he travels around the world under the eye of his own camera and experiences it as an unfamiliar place, even a challenge – a surmountable, but real one. The world is the same – that of the tomato juice and the sunset over Boriki, but symbolically seen from the other side of the mountain.

As much as it is a narrative about a family of artists, “Sentimental Show” is also a commentary on the relationship between life and art, on the ancient aphorism “Ars longa, vita brevis”.

Mityo Solakov was born in 1931 in Ryahovtsite, Sevlievo. He graduated from the National Academy of Arts in Sofia in 1955. In 1967, he was appointed as the first curator of the Hristo Tsokev Municipal Art Gallery in Gabrovo. Until 1989, he was the chairman of the Artistic Committee of the Gabrovo branch of the Union of Bulgarian Artists. He achieved recognition as a portraitist and monumental sculptor. He is the author of the Gaskar statuette – the prize awarded by the Municipality of Gabrovo at the International Biennial of Humour and Satire in the Arts. Mityo Solakov was named an honorary citizen of the town of Gabrovo for his contribution to the arts. He died in 2010.

Dimitar Solakov (b. 1987) graduated from the New Bulgarian University in Sofia. He uses photography and video to explore the connection between nature and urbanization and the condition of man stuck inbetween them. His works can be very personal as well as completely distanced, using the perspective of an outside observer. His photographs have been included in numerous international exhibitions such as “The Power of Doubt“, Times Museum (Guangzhou, China), the Bienal de Cuenca XI (Cuenca, Ecuador), PHotoEspaña (Madrid, Spain). 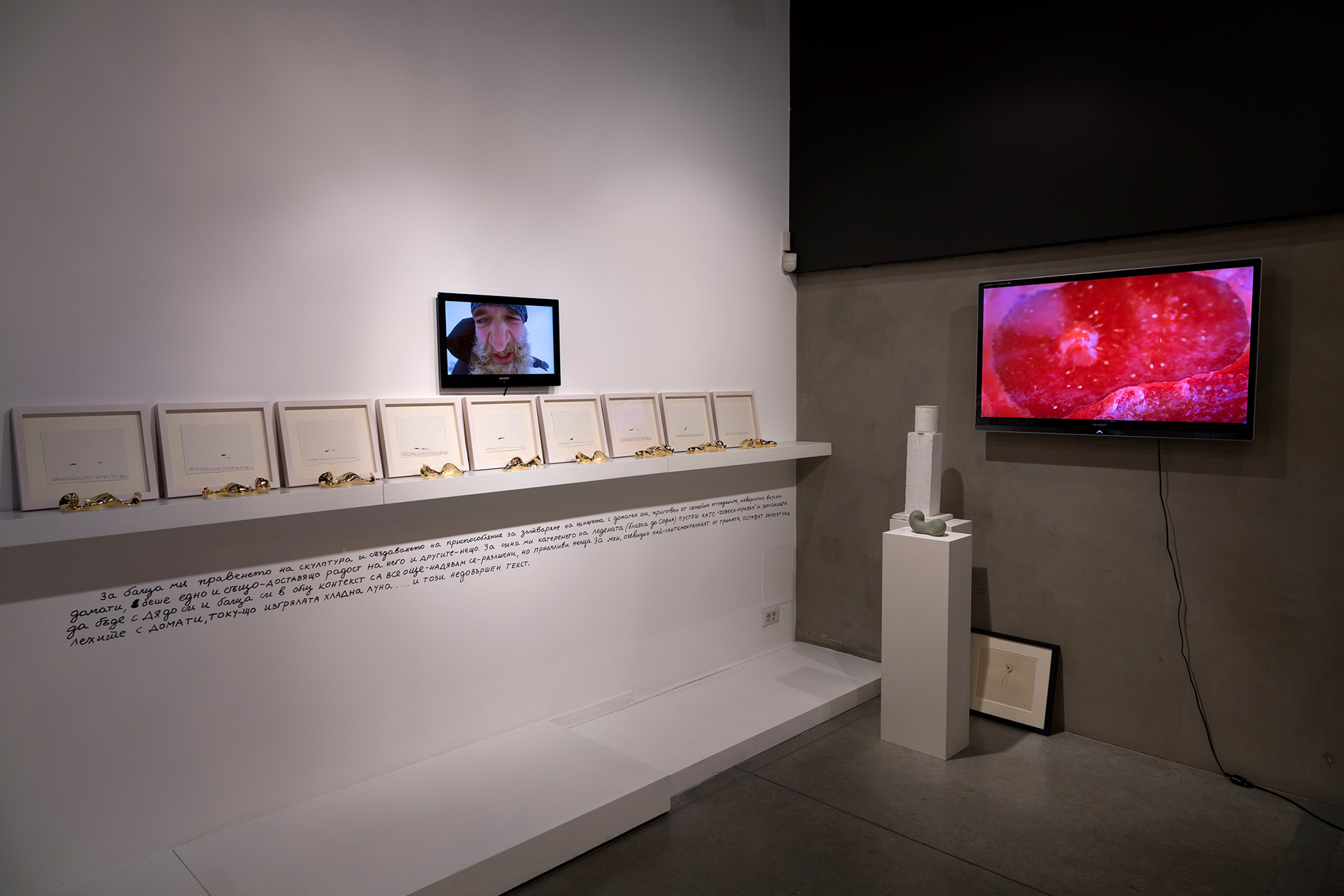 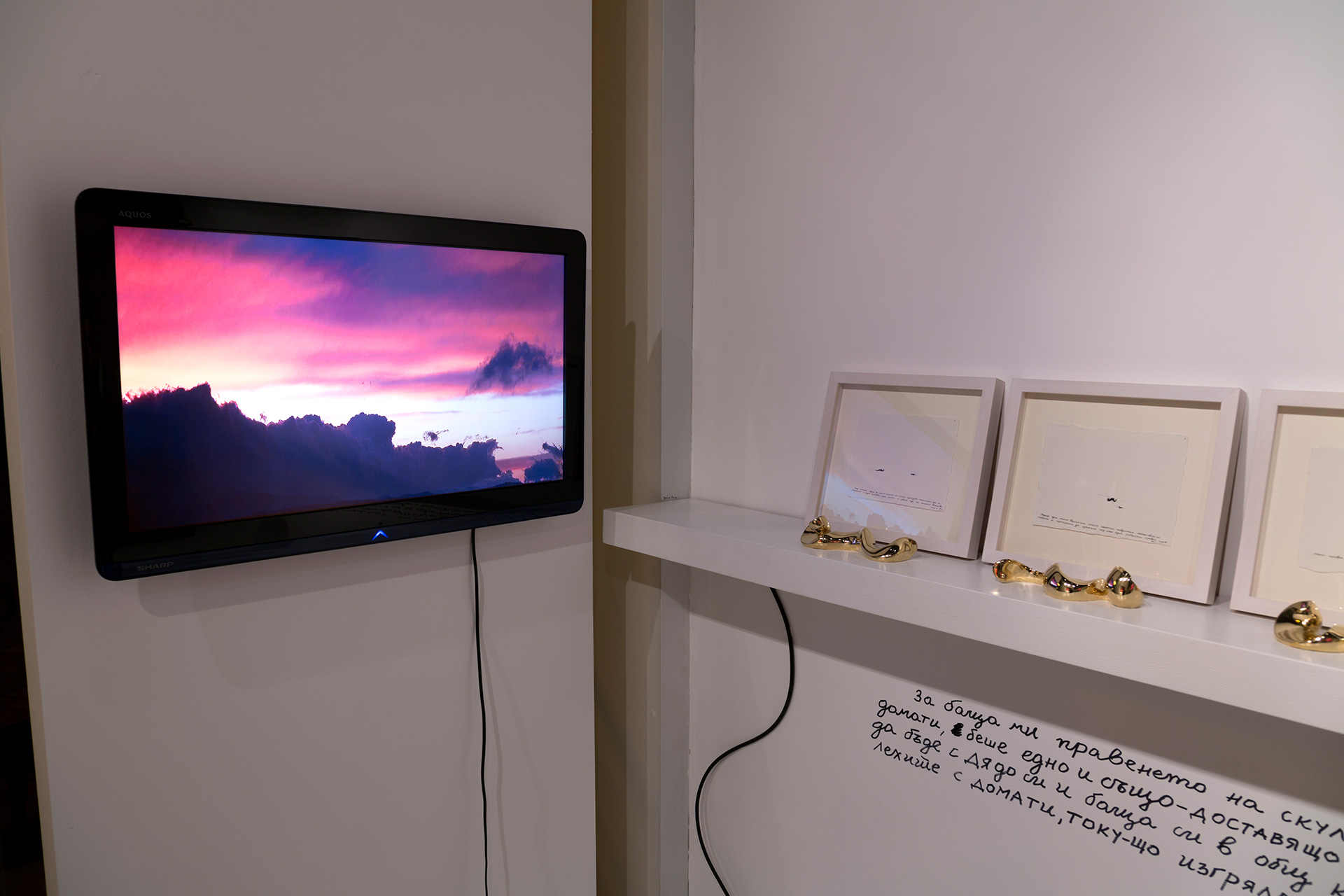 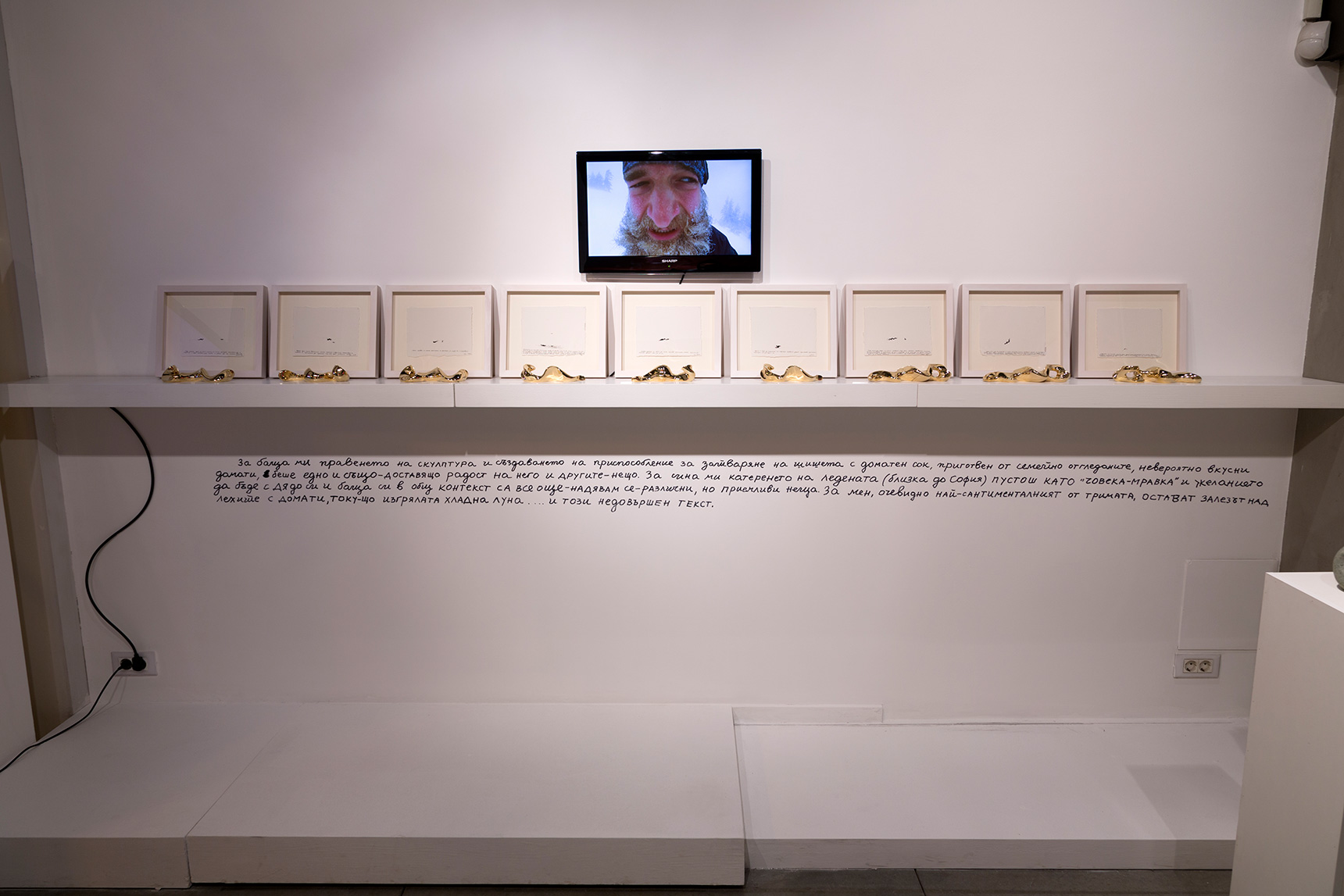 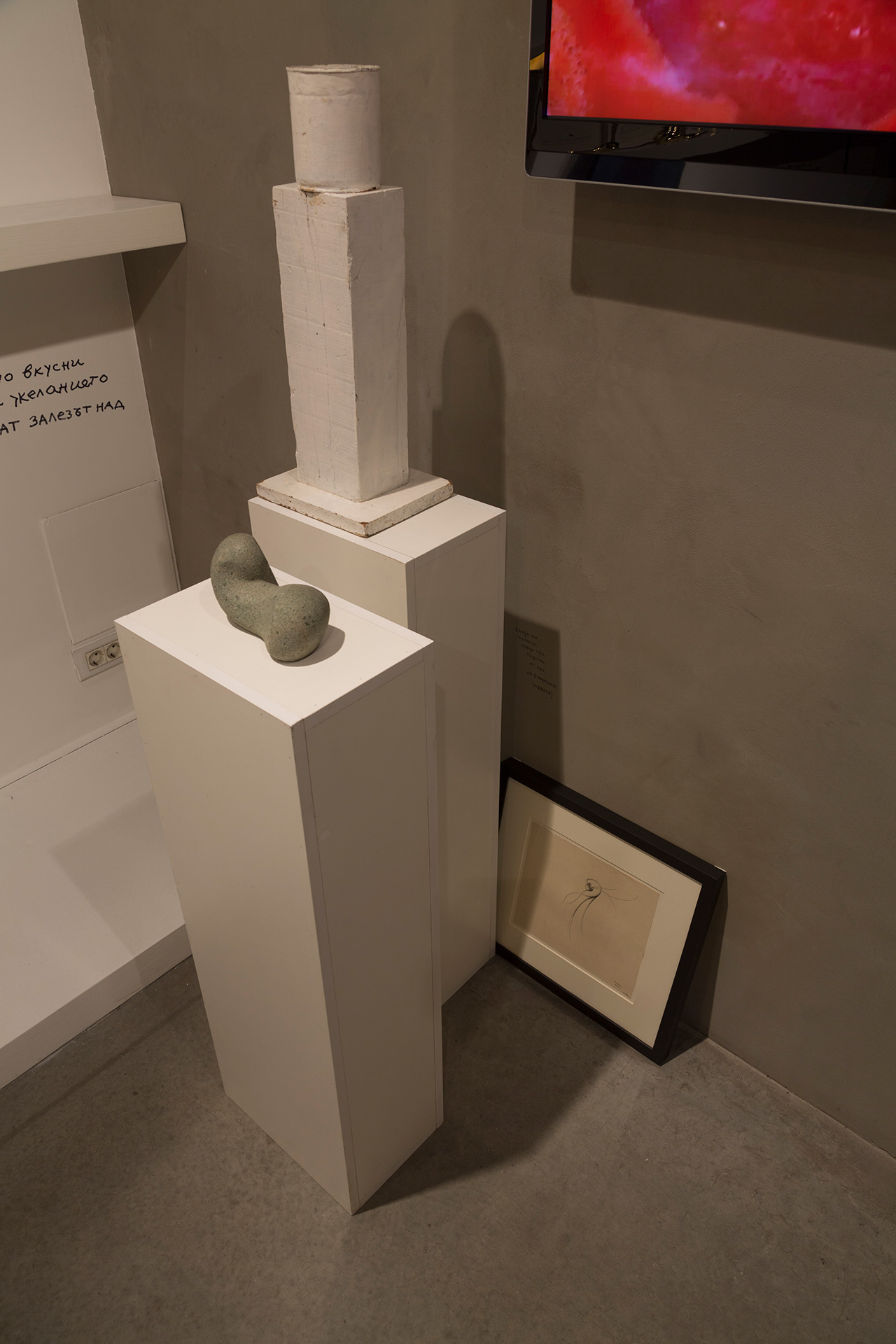 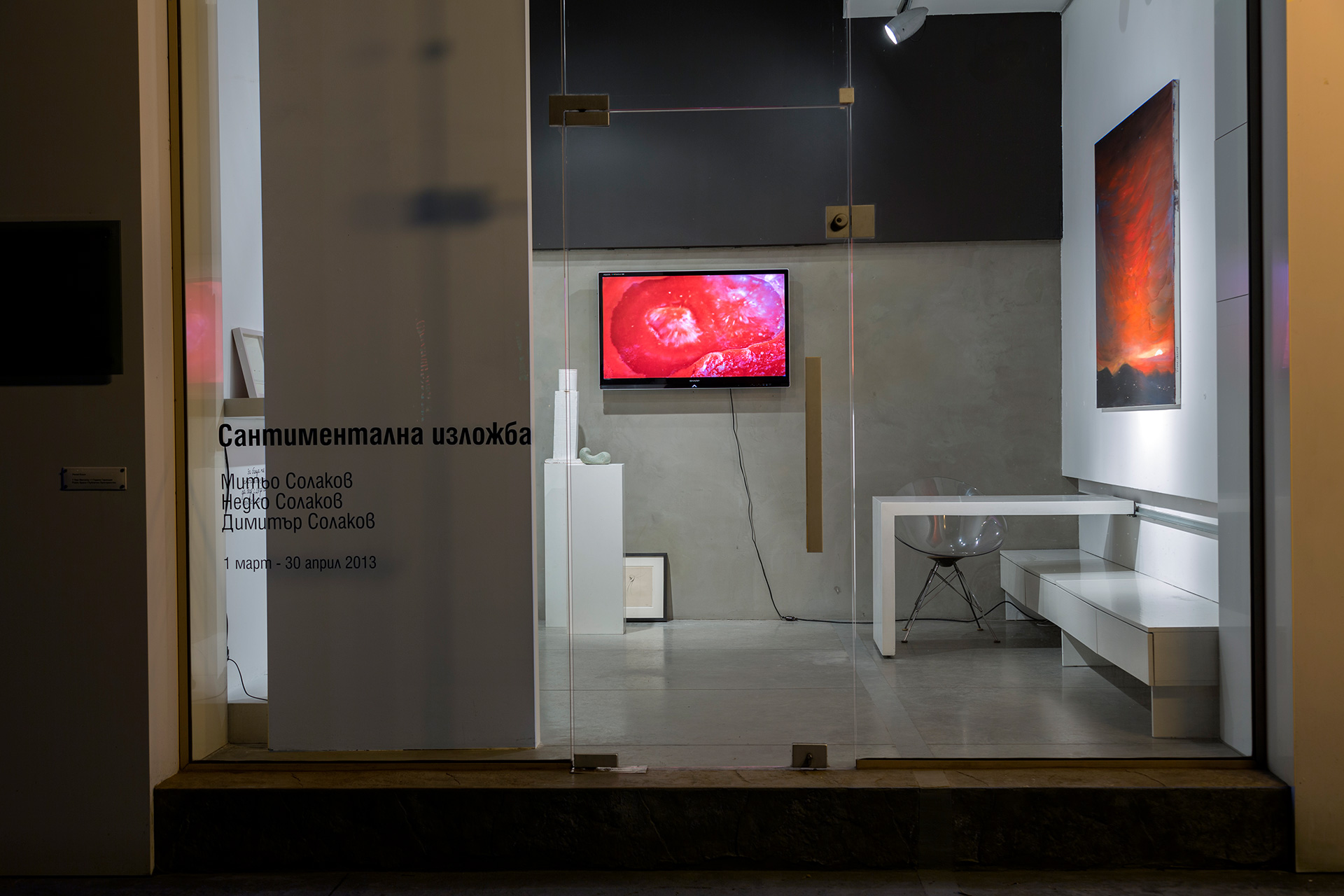