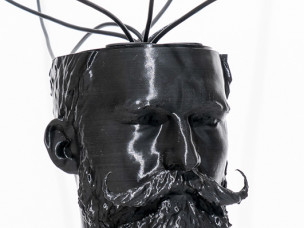 Dimitar Solakov (b. 1987) graduated 2010 from the Photography Department of the New Bulgarian University in Sofia. In his work he is exploring different connections between nature, urbanization and the human locked between the two; between the past and its interpretation today. His works might appear equally very private and yet totally distanced.