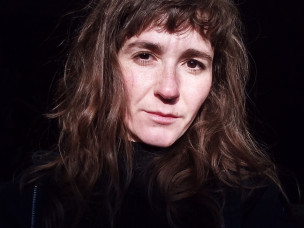 Galina Dimitrova was born in Sofia, Bulgaria. She finished in 2004 the national school of fine arts „Ilia Petrov“ in Sofia and after that she moved to Germany to studies at the art academy Düsseldorf in the class of Prof. Markus Luepertz and Prof Tal R. In 2014 she graduated degree with the video installation „The Dream House“ and in the same year she became Master student degree from Tal R. In 2020 she has exhibited in Osten Biennial awarded artists Skopje 2020 at the National Gallery of N. Macedonia Cifte Hamam, Skopje, North Macedonia; “Swan song“, SAW- Sofia Art Week, Sofia, Bulgaria; “IR_REAL jung+gegenstaendlich Foerderpreis des Bodenseekreis 2020“, Gallery Bodenseekreis, New castle Meersburg, Germany and her works was publikated in the summer edition, Issue 18 ArtMaze Mag curated selection by Nora Cristea and Saskia Hoefler-Hohengarten. In the past she has taken part in several exhibitions, some of them are: “Avanti“, 10 years Jagla exhibition space, Michael Horbach Foundation, Cologne, Germany (2019); “Kunst aktuell“, Rosenheim urban Gallery, Rosenheim, Germany (2019); “Spring Exhibition 2018“, Kunsthalle Charlottenborg, Copenhagen, Denmark (2018); “Eroeffnung-Schliessung“, Peter Tedden Gallery, Duesseldorf, Germany (2017); “Tastin' Waters“, Priska Pasquer Gallery, Cologne, Germany (2016); “Resistant“, Water Tower Art Fest, Sofia, Bulgaria (2016); “It is too good to be true“, CFA Gallery, Berlin, Germany (2015); “Kickstart“, W139, Amsterdam, Holland (2014); “The Paper in Modern Art“, Jordan Parushev Foundation Award with series of exhibitions in Bulgarian Cultural Center, Paris, France (2015); Gallery SIrak i Skitnik, Sliven, Bulgaria (2014), Gallery Raiko Aleksiev, Sofia, Bulgaria (2014), Gallery Rafael Mihaylov, Veliko Tarnovo, Bulgaria (2014). 2012 she became first price award „Sofia Short Challenge“ at the Sofia Film Fest with the Short Film „Weather Protocol“ with screening in Sarajevo Film Fest, Bosnia and Herzegovina, 2013 she made the animation sequence for the film „Endzeit“ who was screened at the Berlinale in Germany, 2016 she made the stage design for the film "Lilith" Diploma thesis by Evgenia Filipova, KHM, Cologne, and in 2018 she took part in the“ Auftakt“ Festival for scenic texts, Cologne, Germany. Currently she lives and works in Bobov dol, Bulgaria and in Duesseldorf, Germany.

The fundament of my art is the drawing and I use its strokes in the mediums such as installation, collage, painting and video. Inspired by the oldest evidence of drawing, the rock drawings, my lines leave the frame of the paper and were integrated into various surfaces, such as bedding, curtains, handkerchiefs, dishes, facades, pieces of furniture and other objects that you have under your hand. Their positioning in the space creates a dialogue with the environment, in which the two elements melt together and form an installation collage unity, which yet act as individual parts. In this way, the oldest genre of art is linked with the contemporary medium and emphasized on its diversity and its timelessness. As motifs I use everyday objects, sayings, proverbs and quotations from books, which receive a visible form through the lines of the drawing, hinting at their interpretation and their not always at first glance visible beauty.