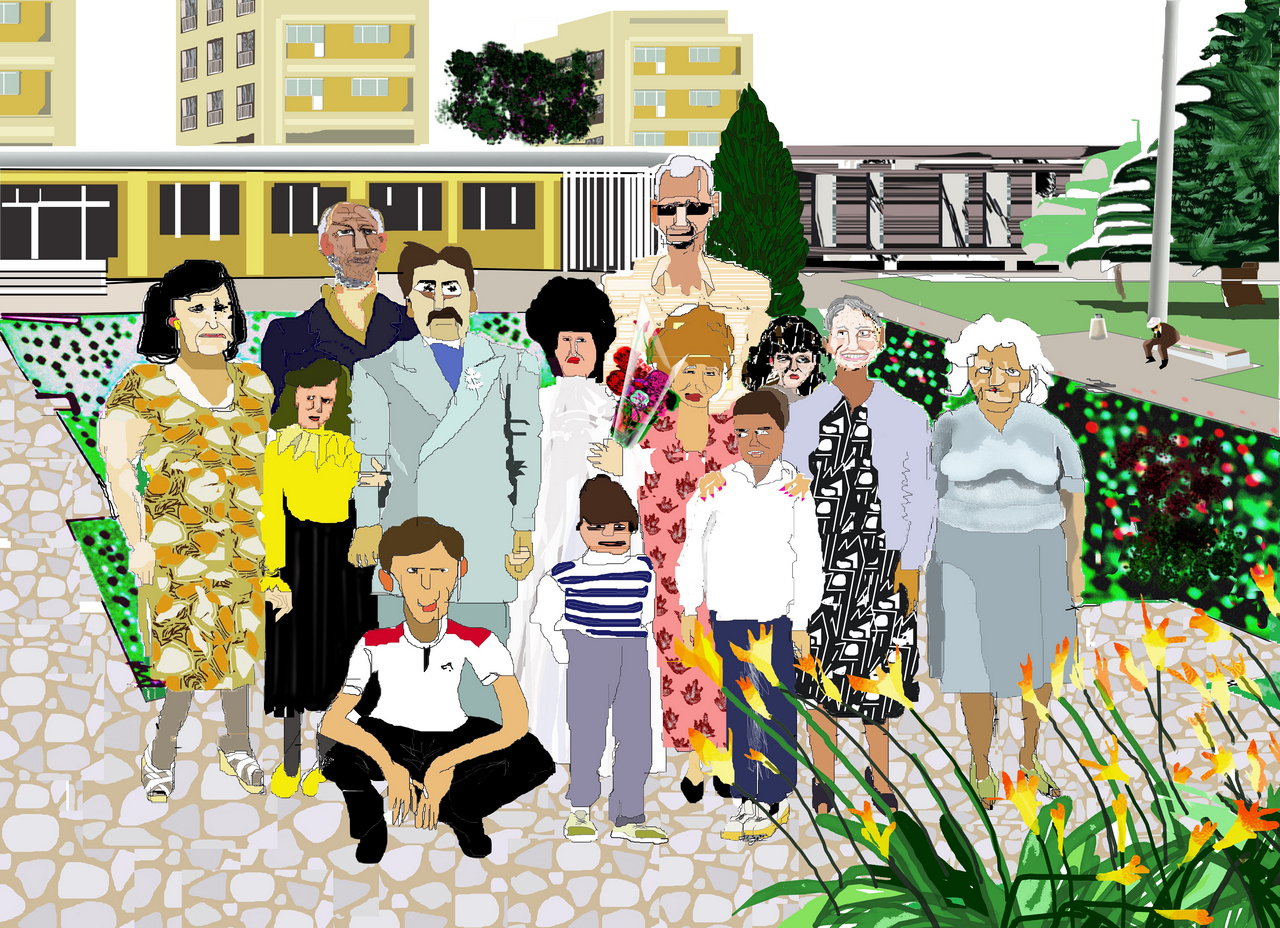 SARIEV Contemporary is pleased to present the solo show People, Years, Life by the Plovdiv based young artist Dimitar Shopov. This is his first exhibition at SARIEV Contemporary. Until now the artist has participated in the group show Let Them Draw in 2016, curated by Pravdoliub Ivanov, as well as number of other initiatives of the gallery since 2011. People, Years, Life consists of Dimitar Shopov’s artworks produced between 2014 and 2017, that haven’t been presented in public before; the artist used a specific technique, which he named re-drawing. The exhibition follows the line of interest, characteristic for the style of Shopov, touching upon autobiographical themes, documentation, family history and the life course the artist has set for himself.  The text, written by an anonymous critique, is an inseparable part of the People, Years, Life show along with the address by the artist that follows it.


I’ve known Dimitar for many years and I’ve been following his work the way you follow a sunset. It’s beautiful, it doesn’t bother your eyes, romantic, but not for too long. You eat some sunflower seeds, you ponder for a while and then it sets. But a new day comes and there it is… the sun is rising again…

If you’ve chosen that lifestyle, you are doomed to see rather than be seen. And that’s why I have the duty to present Mitko… who doesn’t have time for sunsets, but whose ideal is the sunflower seed. With the risk of repeating myself, we have to make a short biographical check of the key events from the life of this Plovdivian artist.

He was born in the city of Kurdzhaly in 1980 in a family of merchants. His childhood was spent at their stall with unforgettable summer holidays in Krumovgrad with his grandmother. We shall skip the high school years and the military service, and go on straight to the time when he moved in with his aunt in Plovdiv in order to get a bachelor degree at the Academy of Music, Dance and Fine Arts. What followed was a Master degree from the National Art Academy and then, unemployment…

By the year of 2007 Dimitar was officially educated, had nothing more to offer to his country - and so he hit the road and went to Africa, where he explored with great care the work of the previously unknown great titan of the art scene – Gavazov for 10 years. The African climate is notorious - people there grow weary and distracted, get a tan; the heart grows fonder; hunger.

Visibly transformed the artist returned to Bulgaria in 2012 and opened a small atelier in the Old Town, but things didn’t go according to plan. He took things back in his hands and started writing down edifying stories from his time in the Third world. He became famous among the Bulgarian art world with his book about the internationally famous artist Gavazov and that’s that. He won a literary award, recognition, friends, and some money. His paintings began to sell and not long after that, there weren’t any left.

One night… in a dream… he asked himself: Where did all my paintings go? The answer came on the next day. He opened up an enormous atelier in Plovdiv and gave in to a previously unseen amount of waste of materials in order to create something NEW in art: straw, soil, plaster, wires, stones, tubes, foam, metal, wool, hoses, ash, C200, etc. helped him find a Supernova, just 15 kilometres away from Plovdiv. That’s where for years he developed a feature film, along with his adherents, about the creation of the universe and now he is close to presenting it in Can, Venice, Berlin and Milano…
He is probably, in this very moment, montaging or rendering the NEW…

Mitko’s exhibition is dedicated to the memory of people. Without any nods to politics, without any references to social injustice and without a particular reason they are just re-drawn.

Hello,
My name is Mitko and I’m an artist. I love to draw photographs. Only colour photographs. If I’m re-drawing a black and white photo, I paint it over. When I was little I used to draw with a finger in the air. Then I stopped seeing in the air and moved to paper. Now, when I’m older, I mostly see the screen. I draw with my finger again, but this time with the touchpad. I particularly like the photographs, not the memories behind them. I re-draw postcards as well, and screenshots from videos too… I re-draw paintings too… labels, packages, newspapers… I do life drawings as well – one time during a night session at Lubo’s atelier – if you come to the exhibition you’ll see. So, after I started re-drawing photographs, I decided that I could re-photograph them.

Dimitar Shopov was born in 1980 in Kurdzhaly. He graduated in "Stage design" in 2007 at the National Academy of Arts in Sofia. He has worked in theaters such as Sofia Theater and Sfumato as a stage designer. He has had three solo exhibitions at the L'unioin de Paris Gallery in Plovdiv and has participated in a number of group shows in the country and abroad such as My Dear Provincialist, Swimming Pool, Sofia (2017), Let Them Draw, SARIEV Contemporary, Plovdiv (2016), All I Can Do is Art, Prague (2013), Gavazov and His Time, Sofia Contemporary Art - Near, Closer, Together, Sofia (2013). Part of his projects are Auction of avant-garde Bulgarian art, Gavazov and his school, originals, performances of Vera Mlechevska and Dimitar Shopov, part of the Night of Museums and Galleries, Plovdiv (2014), Gavazov, performances part of the Festival "Otets Paisiy Street - Text", Plovdiv (2012), Our Business, part of Night of museums and galleries, Nebet tepe, Plovdiv (2011), At the Djumaya, project of Night of Museums and Galleries, Plovdiv (2010). During the last 10 years, he has researched the life and work of the artist Gavazov and searched for artefacts related to him. In 2012 he also released a catalogue dedicated to the artist, which won him the literary prize "South Spring". Dimitar Shopov is the winner of the Young Artist Award BAZA for 2016. 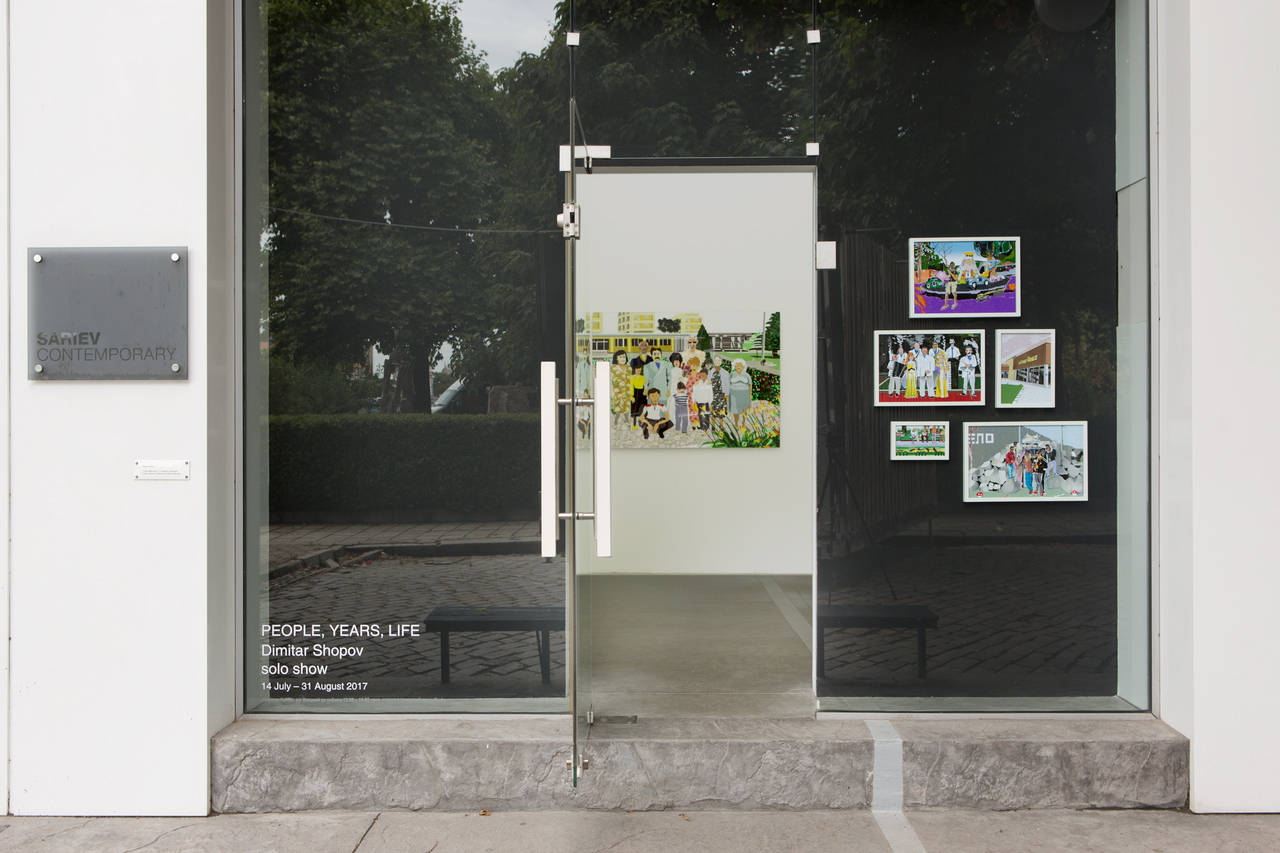 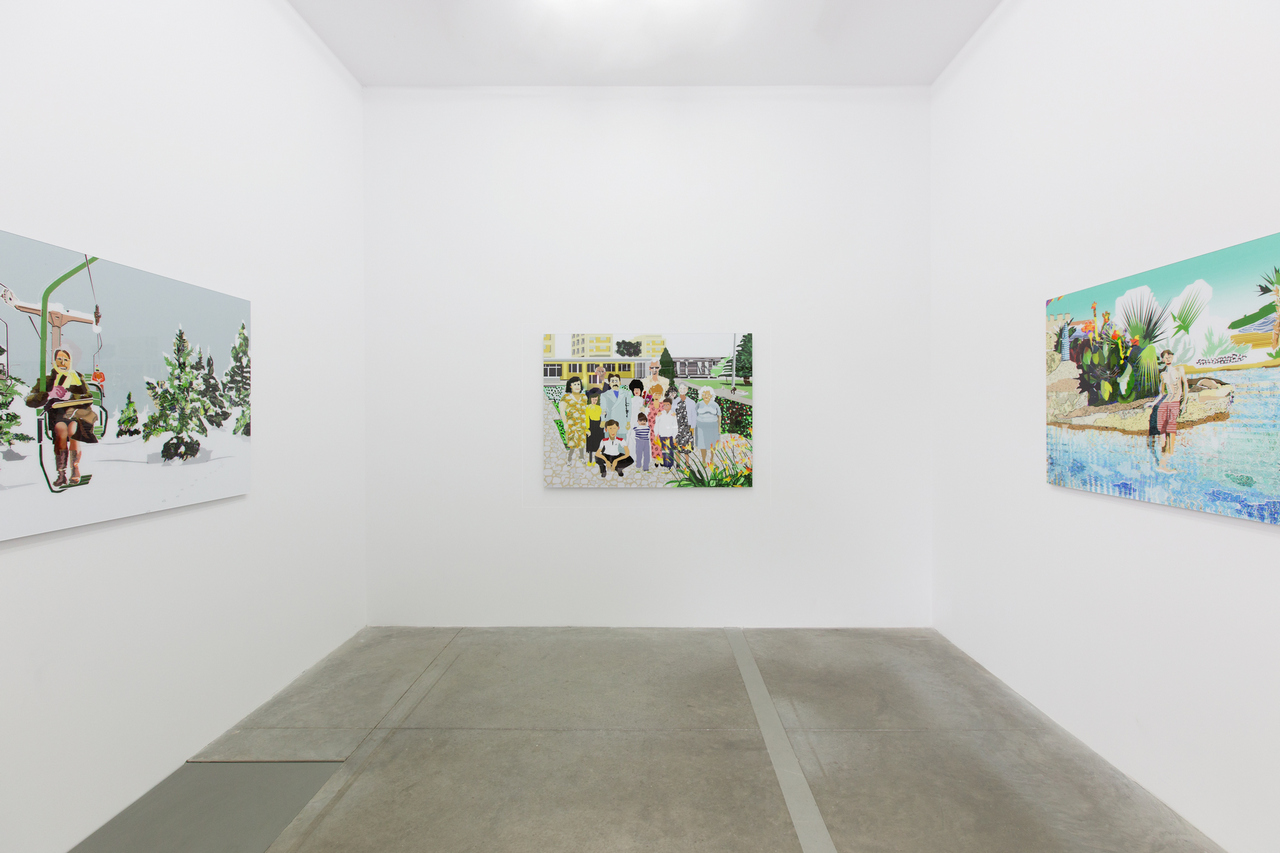 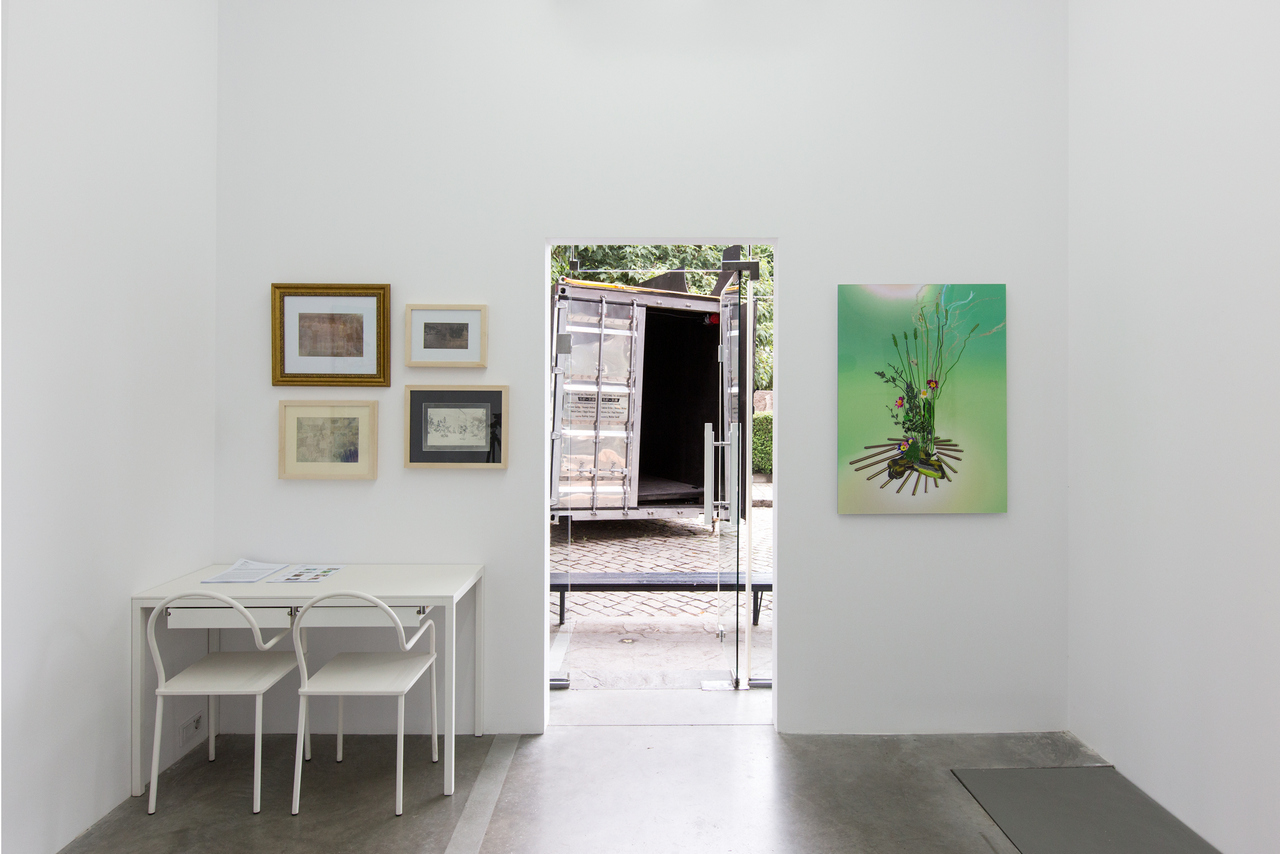 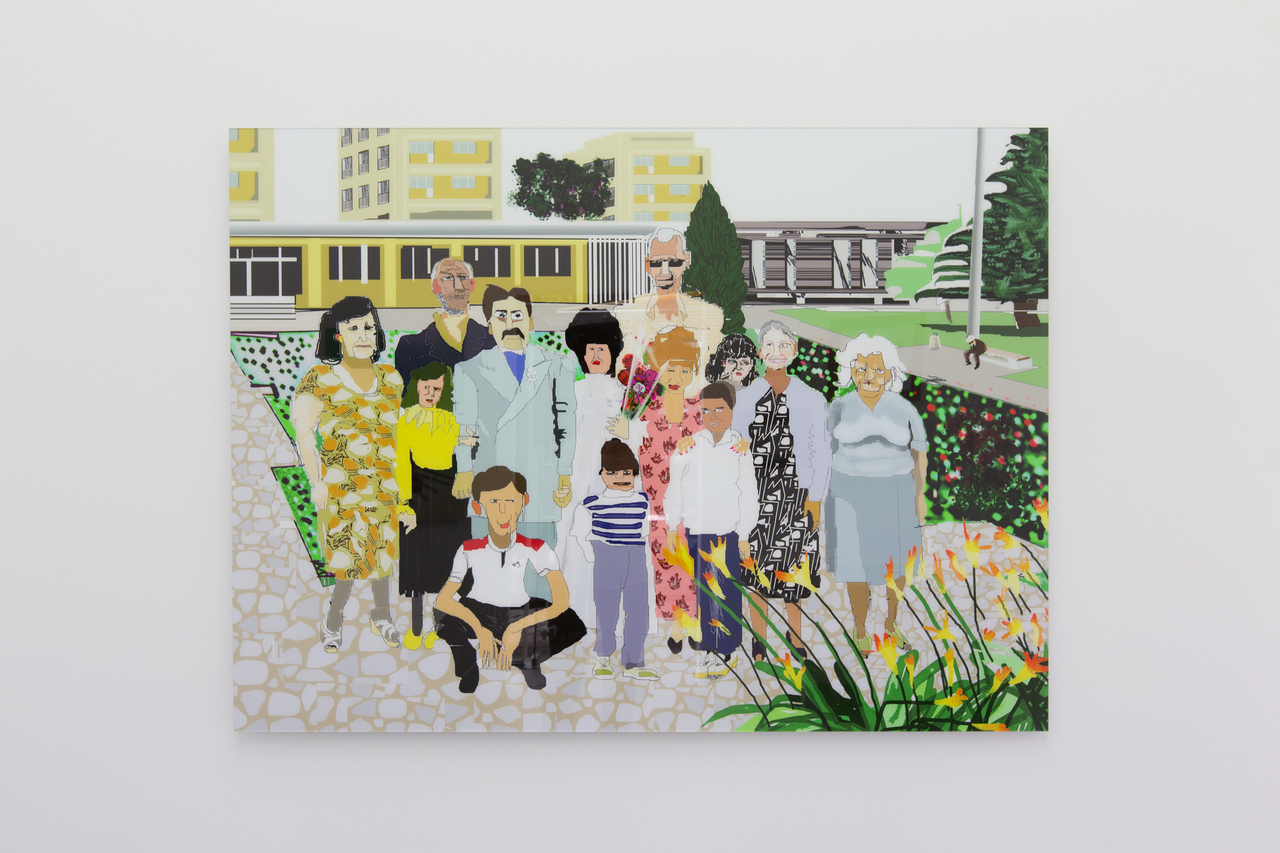 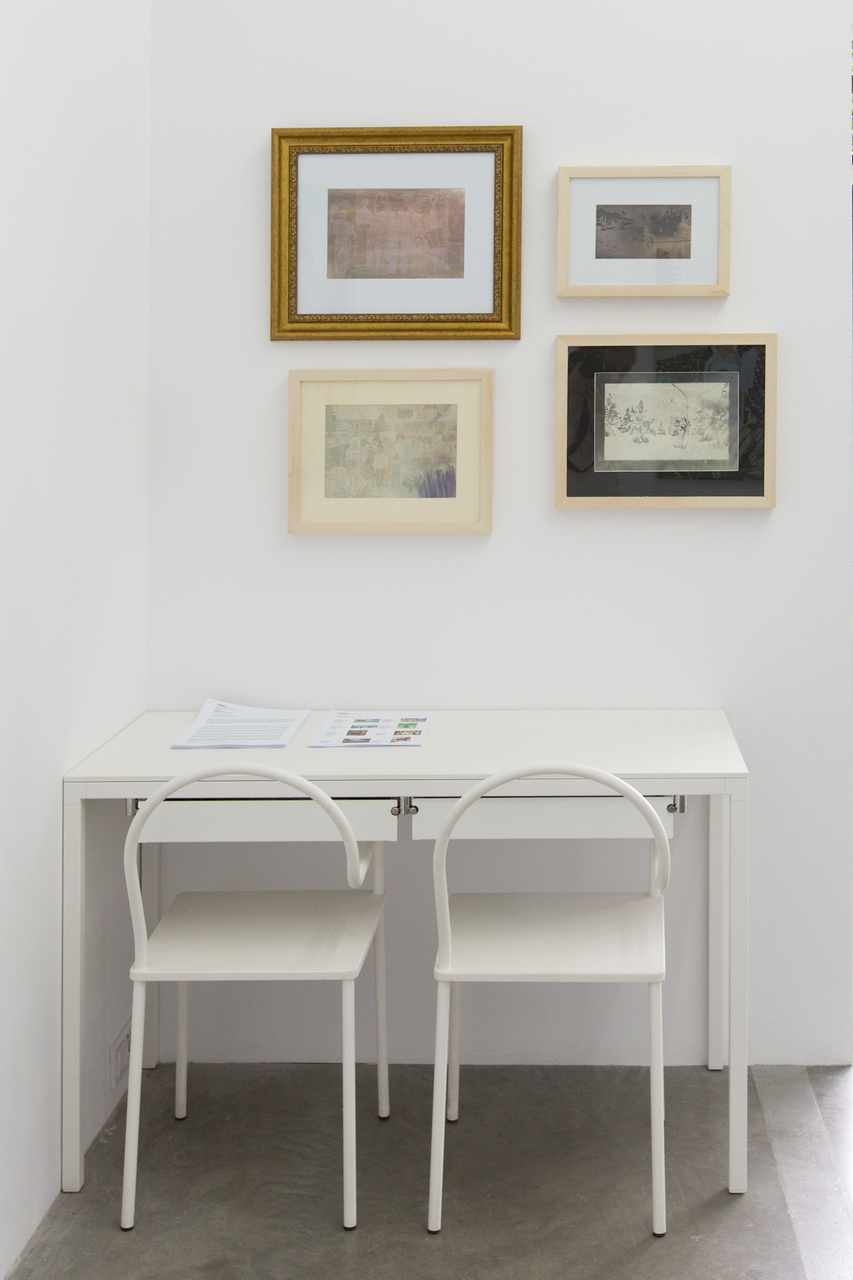