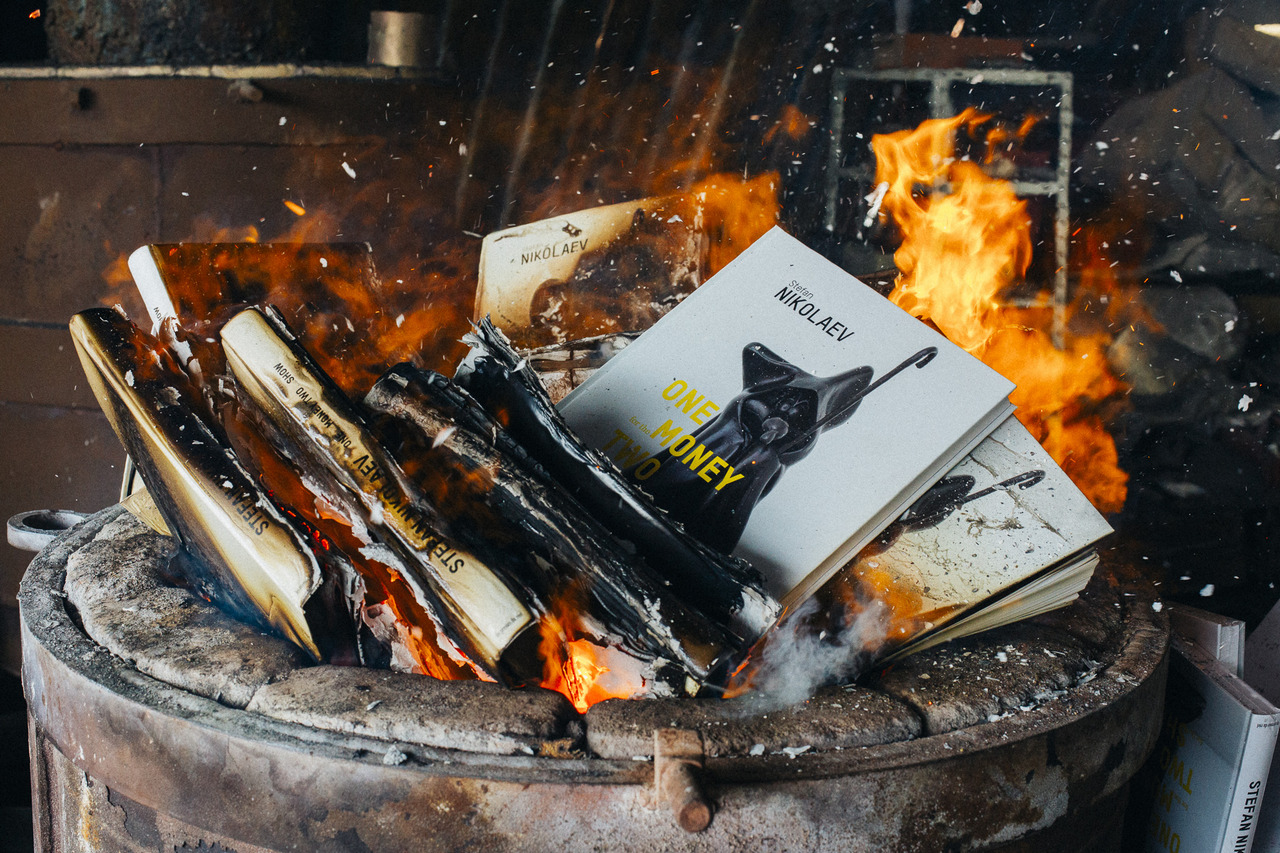 SARIEV Contemporary has the pleasure to present the second solo exhibition in the gallery by its listed artist Stefan Nikolaev BUSINESS, MODEL, SCULPTURE. The show will be on view between 23 May and 23 July 2015 at SARIEV Contemporary, 40 Otets Paisiy Str. Plovdiv.


The Mercantile Model as Sculpture’s Heart of Darkness(1)

Years ago, I received a letter(2) denouncing the activities of a certain Stefan Nikolaev, most of them conducted abroad. Fulfilling the role of henchman to something akin to a “capitalist realism”, his art can be crushingly criticized through the following lines: “The reactionary ideology of imperialism, as we know, comes across in art in very varied forms, from the “innocent” absence of ideological principles, […] from individual “revolutionary” rebellions to treason, pure and simple, against the people. […] treacherous are the forms of outward a-politicism, behind which lurks devotion to the exploiters; forms of objectivism, expressing the most reactionary subjectivism; and forms of individualism, sold as a thrust or surge towards “creative freedom”, and so on and so forth.”(3)
Nikolaev is about to display his works in the very heart of our progressive homeland, during an exhibition tellingly titled “Business, Model, Sculpture”. This event amounts to an attempt to divert the fight against formalism towards some other reactionary goals. The artist’s armchair exercises on show express a hidden subjectivism and negate the obligation to portray the wide spectrum of societal reality, often repudiating or misrepresenting mankind.

We can measure the resolute objectives of this desperate campaign by the fact that all works were specifically produced for the occasion, a fact disguised under the speculative market principles of the worship of novelty. His show-trial of class struggle and social progress begins with a neon sign spelling the title of the exhibition. This intervention is positioned in the front vitrine of the gallery, imitating on purpose a petty bourgeois boutique publicity sign. Day and night, it is thus visible by any passer-by: undereducated individuals insufficiently prepared for the merciless consumerist indoctrination; honest and sane workers who beyond doubt will protest against this shameful display; children.

A central tirade of this ensemble is a work congenitally titled the same as the exhibition: Business, Model, Sculpture (2015). In the outskirts of our capital city, there is an artwork-producing workshop manned by ordinary heroes of the collective labour. Nikolaev has cunningly abused their trust and has them manufacture a large number of his quasi-artistic creations. One day, he observed they were about to discard and put to fire an old wooden workbench, rendered obsolete by recent advances in our art and science. He criticized their rightful gesture and nostalgically “saved” the archaic object, in order to transform it into an unsightly, stuck in the past furniture-sculpture. Cast in bronze, the bench and its title throw abject negation on the workers’ labour, assimilating the latter to a mercantile “business”, promoting the antediluvian Platonist notion of an inescapable “model” – a proper obstruction to progress –, and sticking the label “sculpture” to this mechanical act, as if art didn’t need enlightened ideas nor author. The bench thus implants a vision of national nihilism regarding this country’s advancements and constitutes an unneeded distraction in the working process, almost as if it were some reactionary “strike of the objects”.

Further on, one wonders in front of something that can be characterized as the outlandish result of an aboriginal fire-dancing ritual. Autofiction (2015) has a connection with an extensive edition published in 2012 and encompassing the artists’ body of works until that moment (Stefan Nikolaev: One For The Money, Two For The Show). We know Nikolaev has more than one string to his bow; on the present occasion he attempts to turn this self-glorying treaty of little interest to anyone else into a winning strategy. Taking it as a point of departure, the author has attempted a pseudoscientific zero-sum experiment: he puts to the bonfire copies of the books in question and with the heat thus produced, melts down some bronze into a shape reminding a printed volume. This gratuitously self-cynical and arsonist activity results in an object as useless as a paperweight; moreover, it is laughably incoherent in its disregard of basic scientific credibility. As Marx wrote, “All science would be superfluous if the outward appearance and the essence of things directly coincided.” (4)

The show finds its end, both metaphorically and literally, with Hello Darkness (2015), two bronze-cast arrays of pitch-black embers. The title of this misanthropic work comes from a socially sceptical American song, whose meaning was described by one of its authors as “the inability of people to communicate with each other, not particularly internationally but especially emotionally, so what you see around you are people unable to love each other.” (5). The doubtful motives of the ensuing sculpture become apparent: it is an obscurantist longing for a primitive society where the natural elements were the focal point of community, a dark fixation unable to overcome the end of things, reminding times long ago superseded by the masses’ unstoppable advance towards the future.


Notes from the editor:
(1) Joseph Conrad’s Heart of Darkness (1899) is a novella about a voyage up the Congo River into the Belgian Congo, in the heart of Africa. It created a parallel between London and Africa as places of darkness; central to Conrad's work is the idea that there is little difference between so-called civilized people and those described as savages; as well Heart of Darkness raises important questions about imperialism and racism.
(2) “Non bis in idem”, published in Stefan Nikolaev: One For The Money, Two For The Show, Paris, Presses du réel, 2012
(3) Bogomil Rainov (1919-2007; Bulgarian writer, professor and art theoretician, defending socialist realism), Против изкуството на империализма [Against the Art of Imperialism], 1952, State publisher “Science and Art”, Sofia, Bulgaria, p. 360.
(4) Karl Marx, Capital: Critique of Political Economy. Vol III, Part VII: “Revenues and their Sources”, Chapter 48: “The Trinity Formula”. Institute of Marxism-Leninism, USSR, 1959 (1894)
(5) “The Sound of Silence” by Simon & Garfunkel. Quote from Marc Eliot, Paul Simon: A Life, 2010, John Wiley and Sons.


Stefan Nikolaev (b. 1970 in Sofia, Bulgaria, based in Paris and Sofia) began his studies at the Fine Arts High School in his native city (1983-1988), followed by a course at the Paris School of Fine Arts (1989-1994) and Winchester School of Art in England (1992). There have been many solo shows of his work, including “Half-Life” is Sariev Contemporary (2013); Holy Spirit Rain Down, at Les Eglises contemporary art centre, Chelles, France (2010); New Works Old Dreams, Michel Rein gallery, Paris (2010); Come to Where the Flavour is, CCA, Glasgow (2006); Balkanton, ATA Gallery, Sofia (2004). His work has also been shown in a large number of group shows, including Beyond Credit, Antrepo 4, Istanbul, 2010; Periodic Table, Munich, 2009; Verstehst du das? Neue-Medien-Kunst aus Südosteuropa, Ausstellungshalle zeitgenössische Kunst Münster, 2006; Joy, Casino Luxembourg, Luxembourg, 2005; Prosismic, Espace Paul Ricard, Paris, 2004; A Shot in the Head, Lisson Gallery, London (2001); ZAC, Arc/Musée d’art moderne de la Ville de Paris, 1999; Côte Ouest – Global Motion, University Art Museum, Contemporary Arts Forum, Santa Barbara; Andere Sichten, In Vitro and Altro/Field, Kunsthaus Zurich (1999); Multiples, Temple Bar Gallery, Dublin, Ireland. He has taken part in the Lyon Biennial (2007) and presented Bulgaria in the Venice Biennial (2007, together with Ivan Moudov and Pravdoliub Ivanov), as well as the biennials at Gwangju, Korea and Cetinje, Montenegro (2004). His work has also been shown at various art fairs: ArtBasel, FIAC, The Armory Show, ARCO. For his work for the 4th Cetinje Biennial, Stefan Nikolaev was awarded the UNESCO art prize. Sariev Contemporary represents Nikolaev since 2013 and has presented his work at ViennaFair, Istanbul Contemporary and ArtInternational Istanbul. 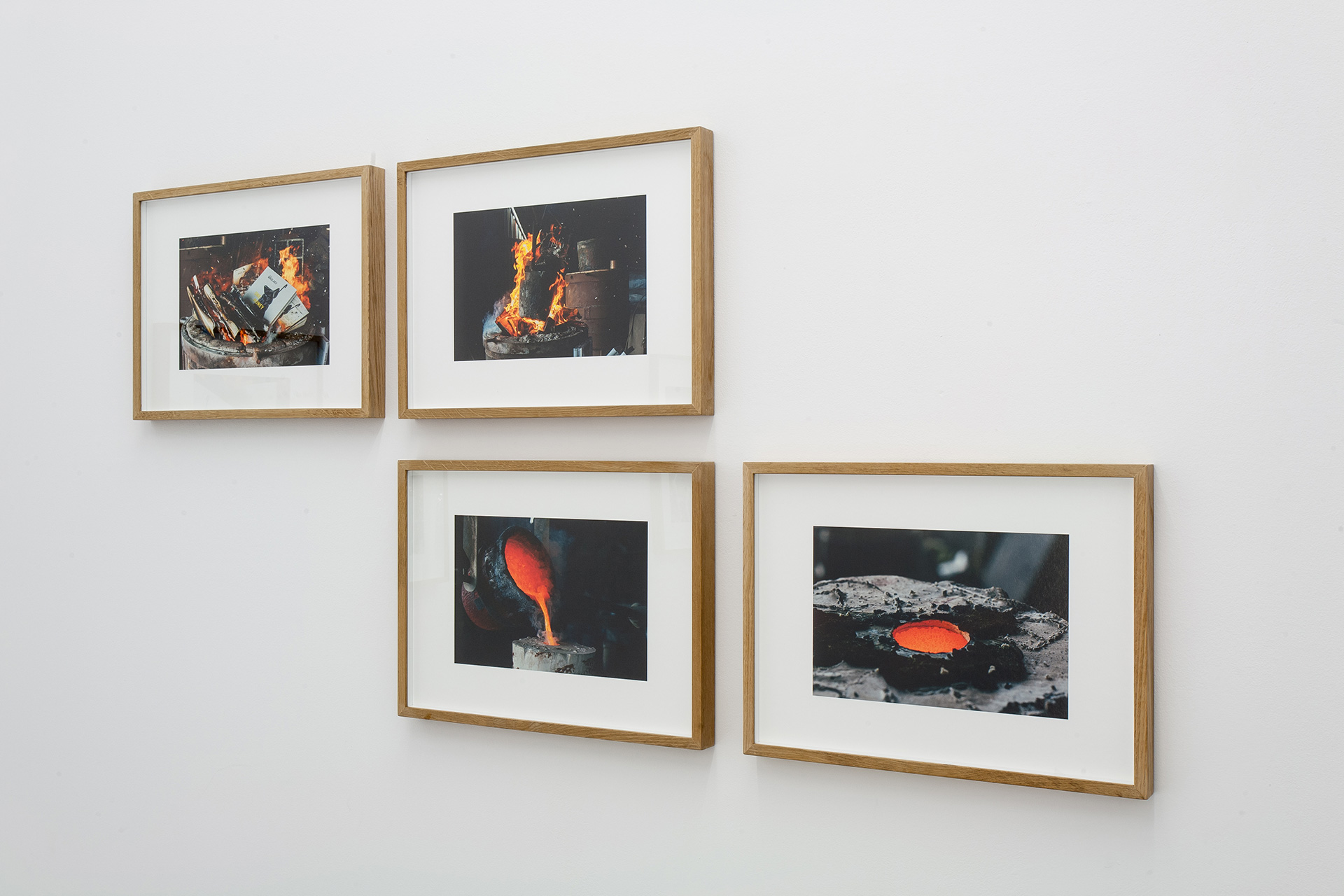 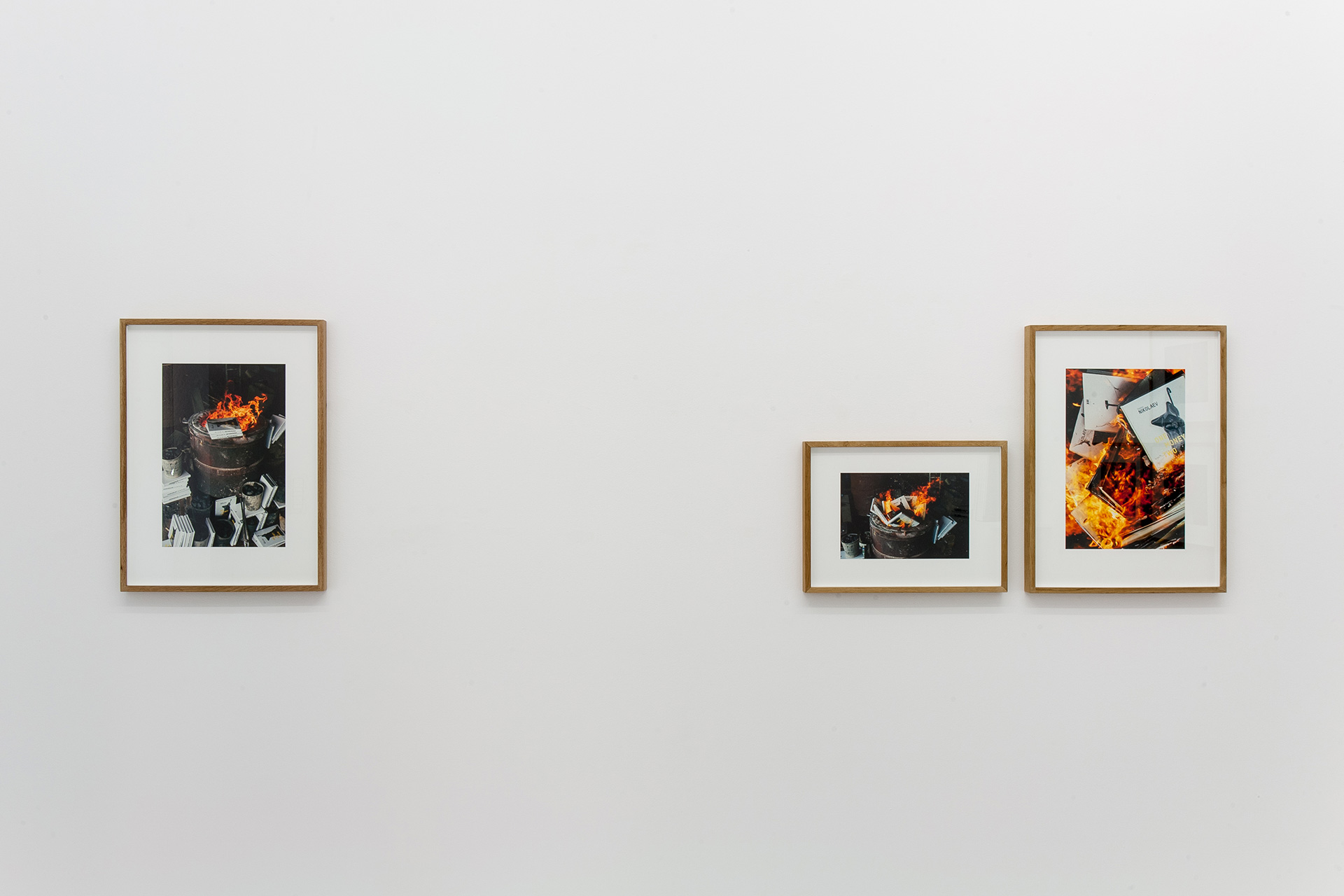 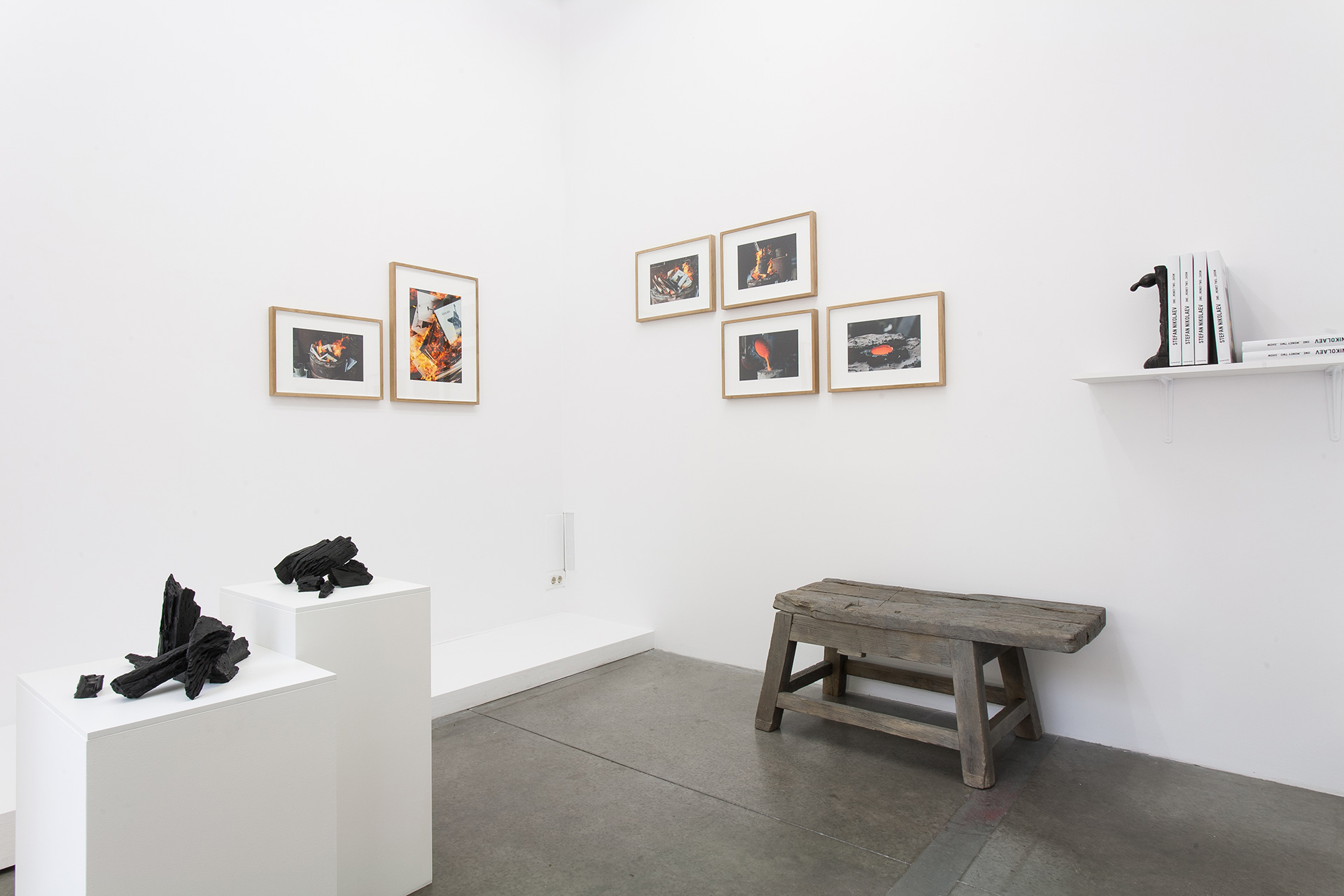 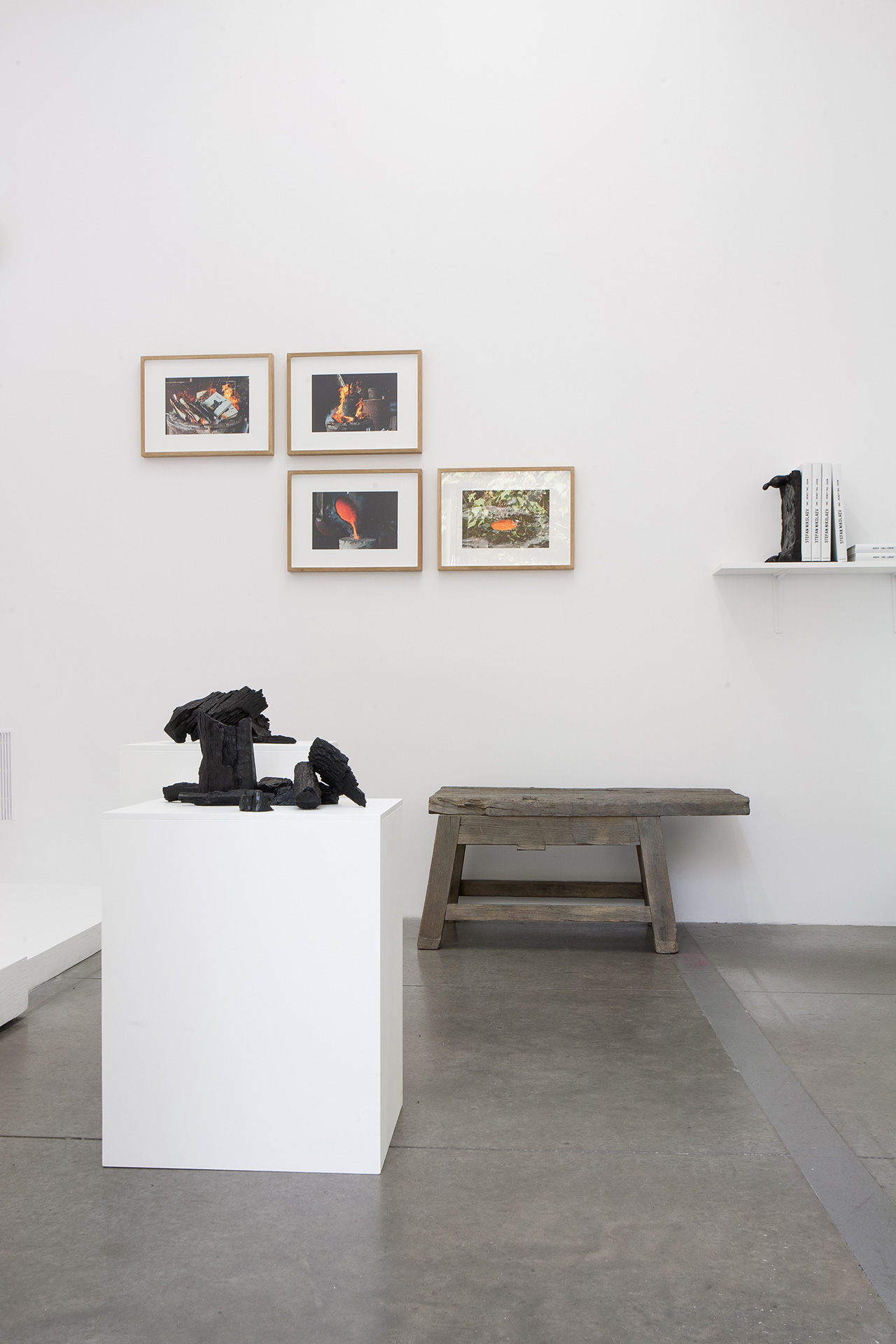 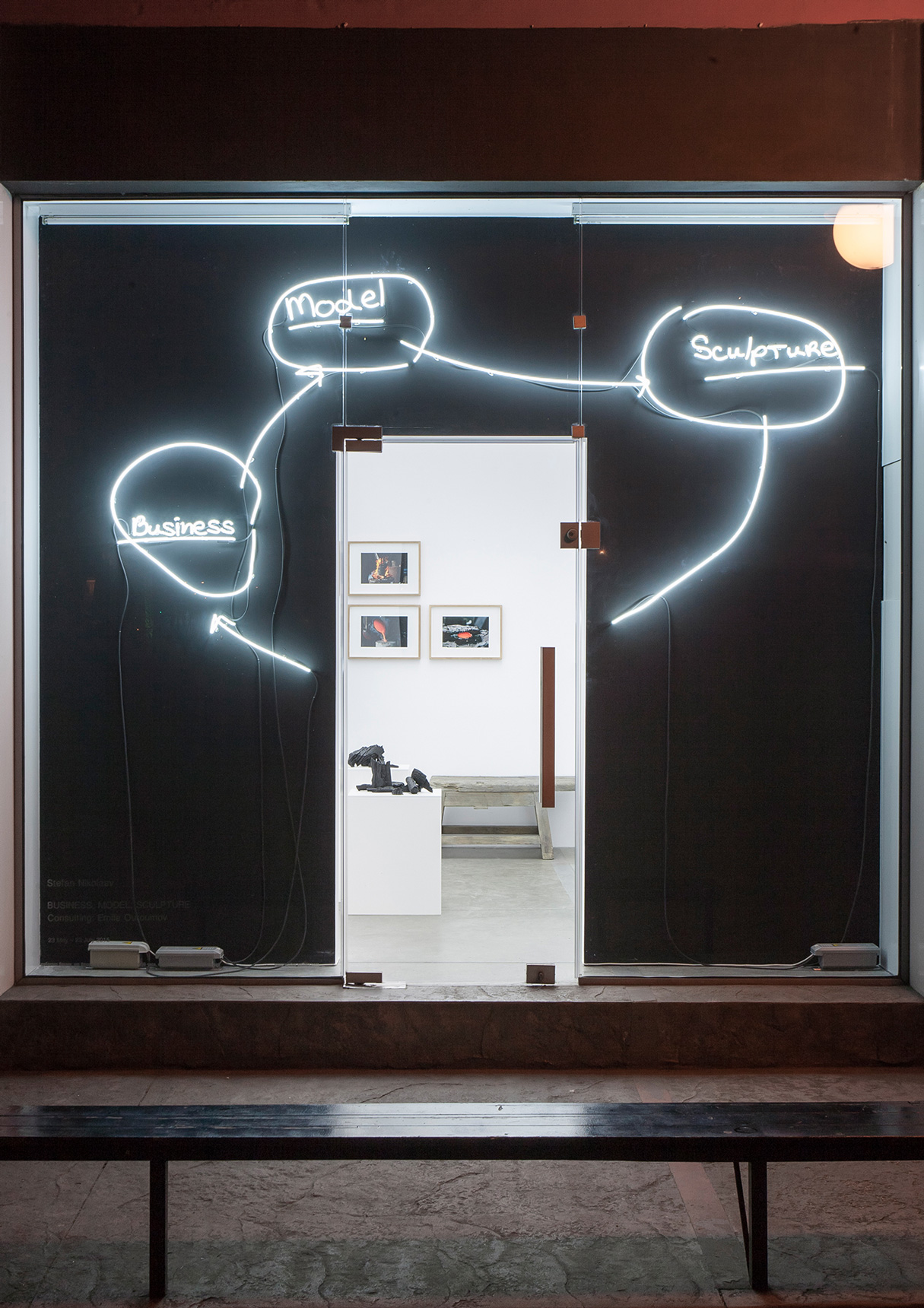