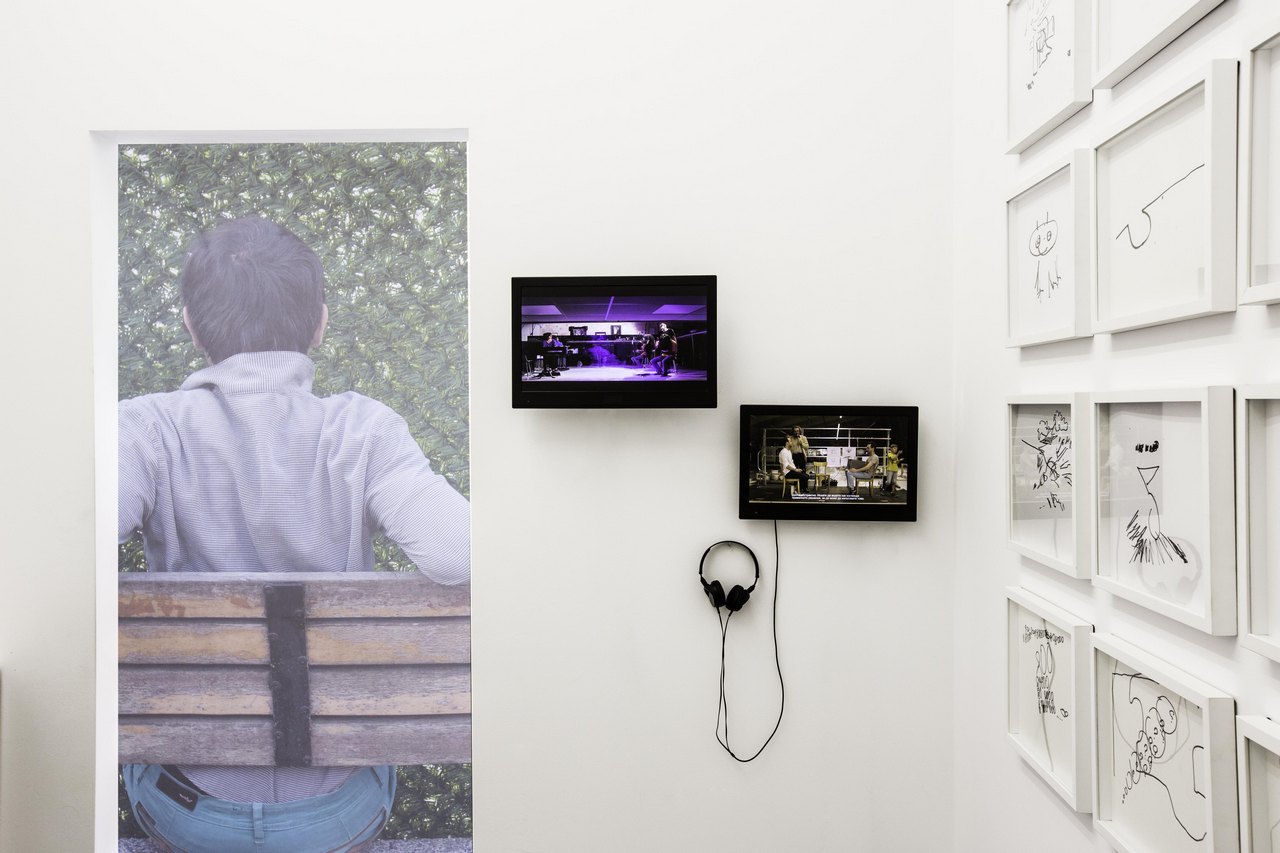 The show presents drawings, video and photography from the Ask Me a Question[1] performance, which has become Kamen Stoyanov’s main “technique for drawing” in the past few years.

The exhibition can be seen from 11 March till 12 May 2017 in SARIEV Contemporary, 40 Otets Paisiy Str. in Plovdiv. Additionally, the forthcoming Plovdiv edition of the Ask Me a Question performance will take place in April.


What do you want to know about our confusing time, about politics, about yourself, about life? Ask the artist!

The conversations with artists are indispensable attribute and a ritual of introduction, part of the requirement for publicity of the participants in the complex ecosystem of contemporary artistic life. Kamen Stoyanov meets all random and varied questions from the audience not with words, but with drawings. Drawn "blind", with hands folded in a box in front of him, so as to achieve both the mystery and the automatism of unconscious representation, as if he tries to be a medium. The author is only a mean of communication, but all that communication actually happens in the works.

The box resembles a similar, both intimate and flashy challenge with which VALIE EXPORT addressed the audience in the performance Tapp und Tastkino back in 1968. Rebelling against mass culture and consumerism, she moves "dressed" in a box in which everyone can reach and touch her bare breasts, to experience a real woman, but no one could actually see them.

Through the box Kamen Stoyanov also achieved similar authenticity. No one knows what happens in it and at what point, reflecting directly on the questions put to him, the artist fully abandons the image and gives in to the chaos of dots and lines. In the works there is a bit of classic early Actionism, and the creed of abstract artists from the early XX century’s radical refusal for the secondary display of the surrounding reality and the division of a completely new pure form and structure of art. The artist stops representing reality, and begins to produce and influence the others psychologically, through the physical form. Configuring art in, as Ibram Lasau calls it, "a new form of magic."

With each play-through in Vienna, Budapest, Zurich and Istanbul Kamen Stoyanov adds props to the performance - additional elements of the mystical show - music, a compere, a wig. The exhibition in Plovdiv includes a video documentation with the gradual evolution of the act in 2016 (Ask Me a Question, ART for ART Theaterservice Vienna, June 2016, Boris Maner, 32:20 min .; Ask Me a Question, Manifesta, Cabaret Voltaire, Zunfthaus der Künstler, Boris Kostadinov and Vassilena Gankovska, 23:21 min.)

The artist removes the box and replaces it with a dramatic state of trance. He also removes more and more doubts about his intention to denounce the accepted pattern of public representation of artificiality and falseness. The irony of Kamen Stoyanov, however, is that he always causes discomfort from your willingness laugh.

The series of performative drawings-responses is not an end or the purpose for the conversation with the artist. In it, with each performance, more and more arguments pile up in favor of the work, which lies outside of any power - beyond the political, cultural or moral bias of the author. It’s a message open to interpretations, without restrictions in its meaning. Carried over from the box in to the white cube gallery, the paintings create an environment, which generates more questions and conversations with the artist. More than 60 replies created in the period 2015-2017 (Ask Me a Question, a series of performative drawings, each 42x 29,7 cm, 2015-2017) cover tightly the walls of the gallery and thereby form a kind of a "box" in which the "magic" of communicating with the art proceeds. In this almost endless process Kamen Stoyanov seems to put the greatest challenge on himself, negating his authority over the works. His image is also present, but in the role of a transformer and mediator from one reality to another, ignoring everything outside of the gallery (Looking Trough the Fence, 305x340 cm, print on textile, 2017).

The performance Ask me a Question will be realized also in SARIEV Contemporary in April. The question that I am tempted to ask the author now is Who am I talking with?

----
[1] Kamen Stoyanov’s performance Ask Me a Question was presented for the first time during the viennacontemporary fair in 2015, as part of FOCUS: Bulgaria, initiated and initiated and organized by the Open Arts Foundation and SARIEV Contemporary in partnership with the Institute of Contemporary Art - Sofia and the Art - Deeds and Documents Foundation, curators: Iara Boubnova and Vessela Nozharova The performance Ask me a Question was part of a parallel program with artists talks during the fair, curated by Dessislava Dimova. Subsequently The performance ran consecutively in ARTmMART, Künstlerhaus, Vienna (November 2015), Inda Galeria, Budapest (January 2016), ART for ART Theaterservice, Vienna (June 2016), Manifesta, Cabaret Voltaire, Zurich (July 2016), Open Studios Istanbul, Istanbul (October 2016).

Kamen Stoyanov was born in 1977 in Rousse, Bulgaria. He studied from 1996 to 2003 at the National Academy for Fine Arts in Sofia and from 2000 to 2005 at the Academy of Fine Arts in Vienna. He now lives and works in Vienna and Sofia. Over the past few years, his actions, videos, installations, photographic works and performances have been shown, among others, at exhibitions such as Ask the Artist, MANIFESTA 11 (Zurich, Switzerland, 2016); Will I be happy? Inda Gallery, Budapest (2016); Operantium, IProjektraum LS43, Berlin (2016); Let them draw, Sariev Gallery, Plovdiv (2016); Look at me! I am made for you!, Projektraum LS43, Berlin (2016); Urbanauts, Projektraum Viktor Bucher, Vienna (2015); Past future-future past, Transmediale, Supermarkt, Berlin (2014); The Movement of the Whole, Inda Gallery, Budapest (2014); Unexpected Encountrers, Camera Austria, Graz (2013); Material and Culture, MAK Center for Art and Architecture, Los Angeles (2012); 17th Biennale of Sydney, Museum of Contemporary Art, Sydney (2010); Aichi Triennial, Nagoya (2010); At Arm's` Length, MUMOK, Museum moderner Kunst Stiftung Ludwig, Vienna (2008); MANIFESTA 7, the european biennial of contemporary art, Trentino (2008). He’s been awarded, among others, with the following prizes: The Sovereign European Art Prize (2011), Otto Mauer Prize (2011), Alexander Resnikov Award (2010), Kunstpreis Europas Zukunft, (Galerie für Zeitgenoessische Kunst Leipzig, 2008) MUMOK Prize for the Zone1 at the VIENNAFAIR (2007), Prize for Visual Arts of the City of Vienna(2007) and with the MAK Schindler Artists and Architects-in-Residence Program in Los Angeles (2012). His works are part of public collections (Lentos, Austria; MAK MAK – Austrian Museum of Applied Arts; MUMOK, Austria; MUSA, Austria, Public Collection of the Austrian Government; Sofia City Art Gallery, Bulgaria) and private collections (ESSL MUSEUM, Austria; EVN Collection, Austria; DOM MUSSEUM, Austria). 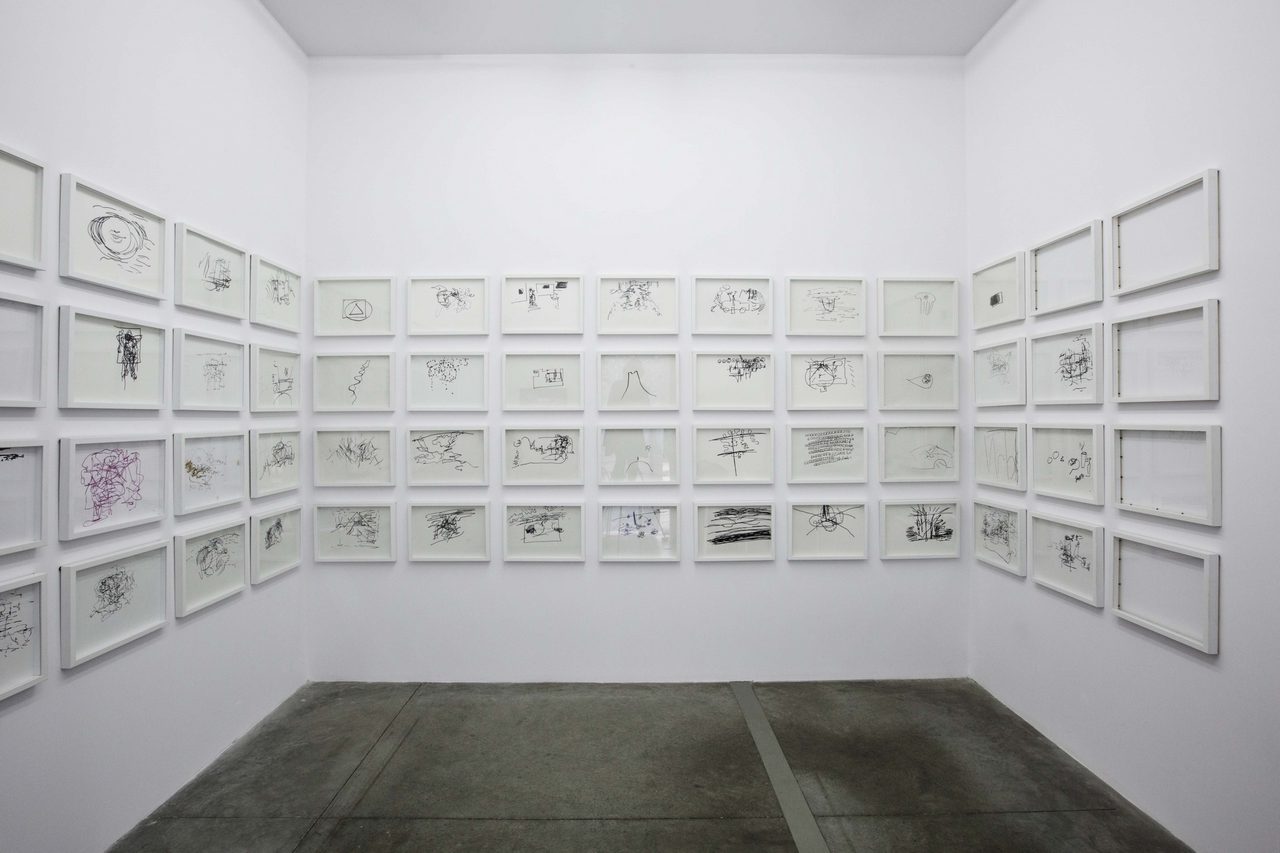 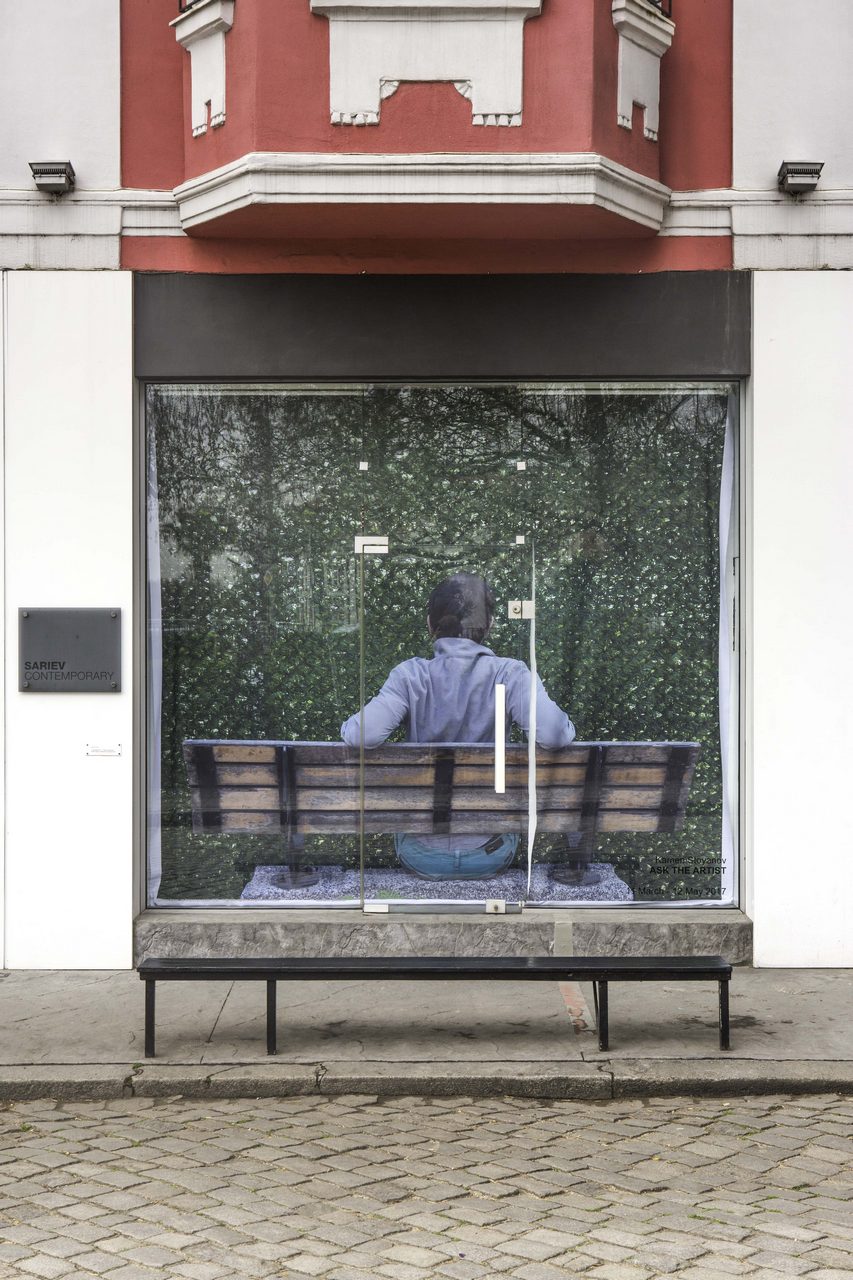 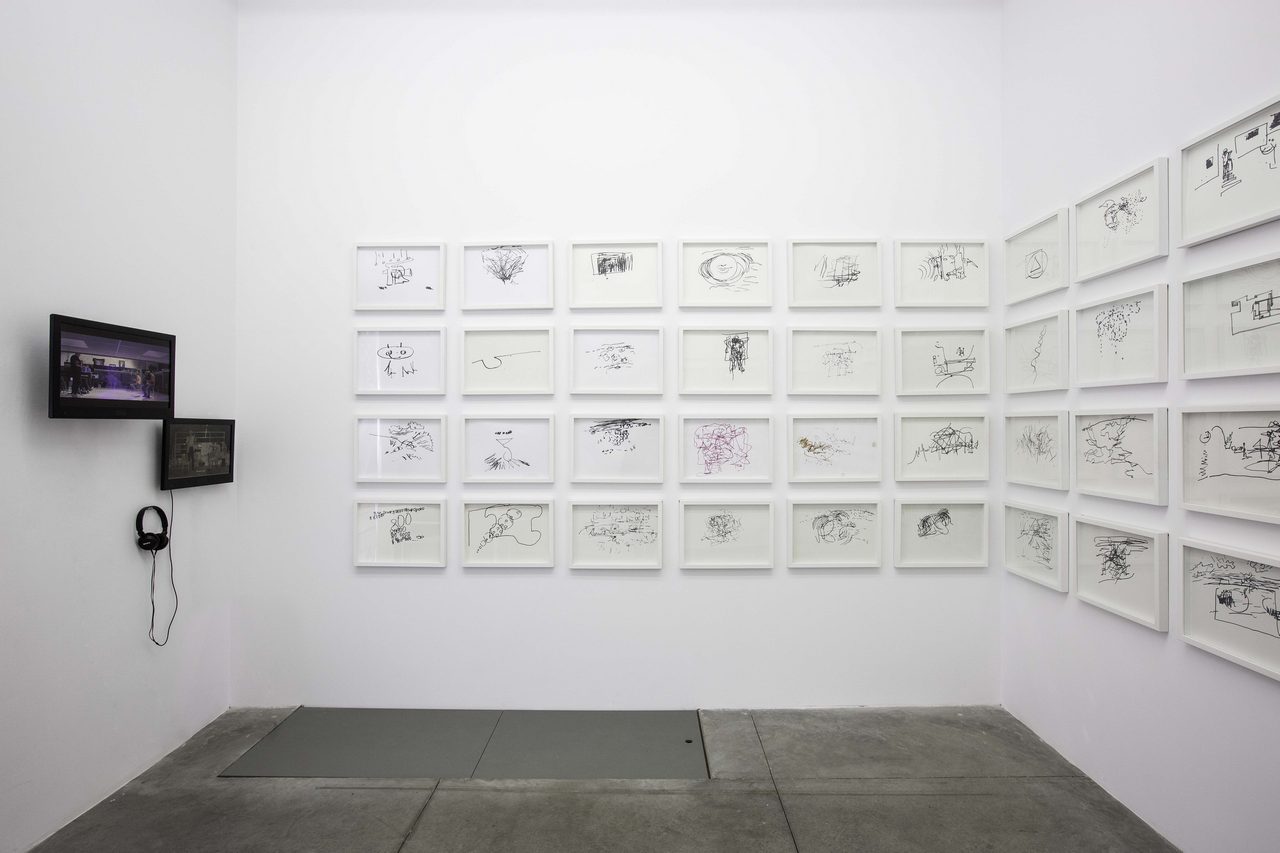 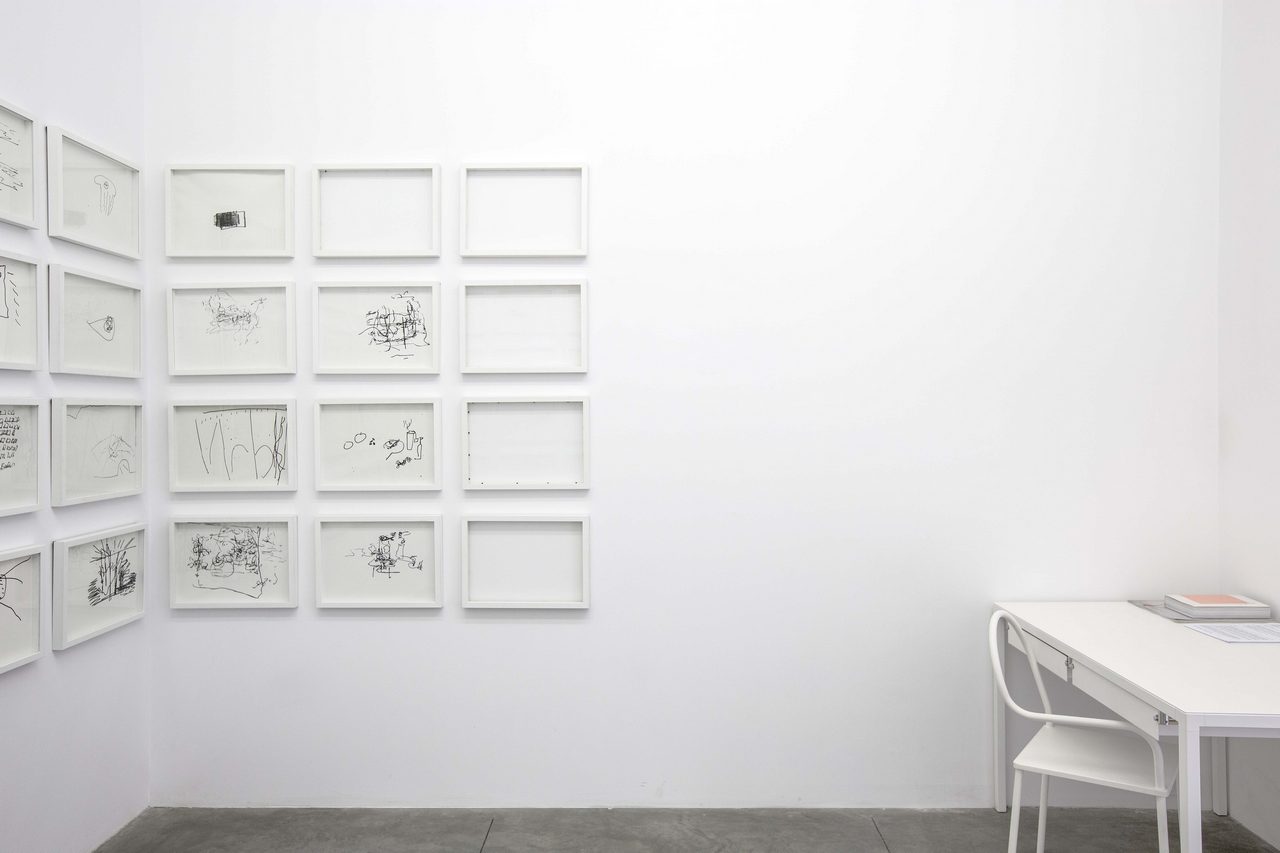 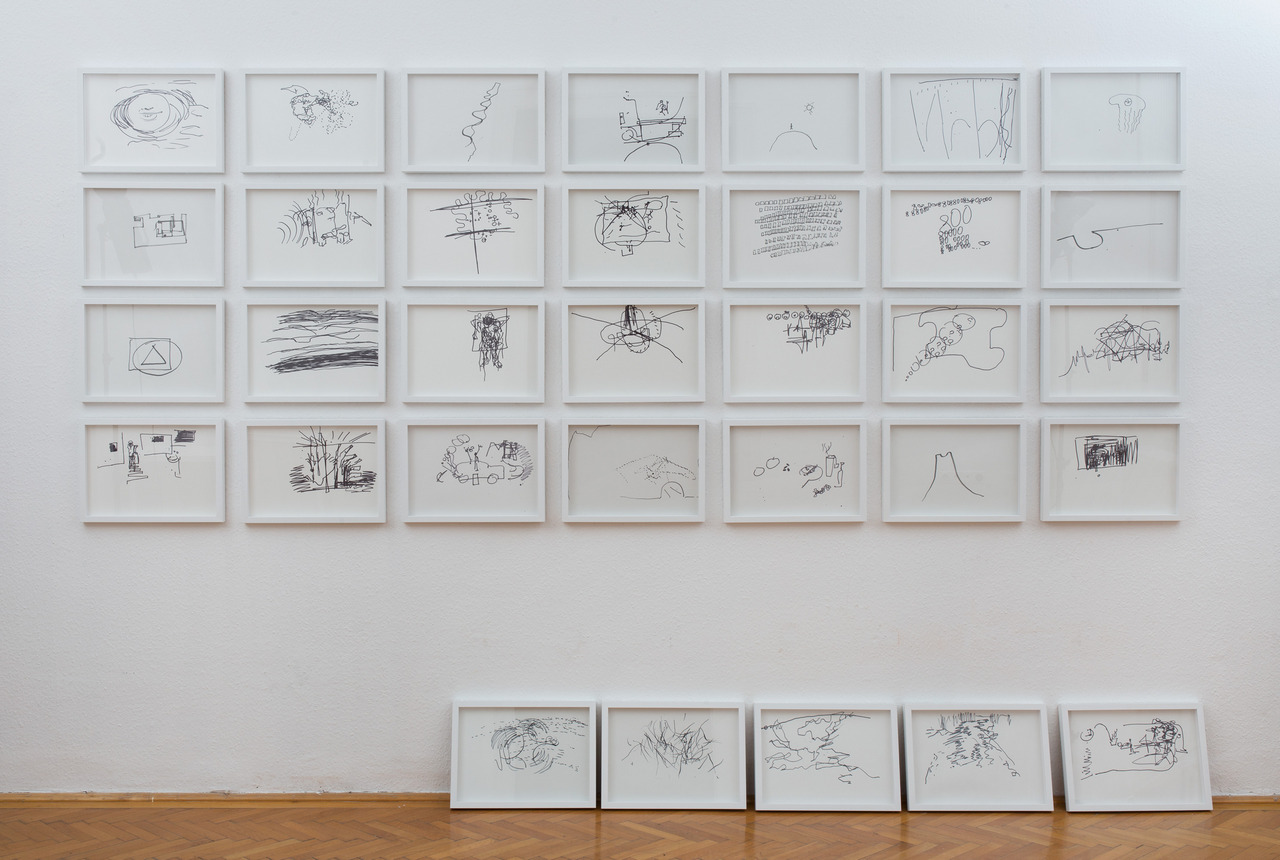