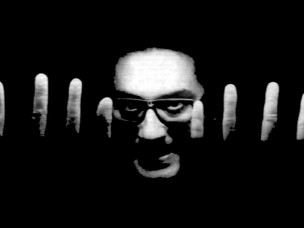 Dr. Galentin Gatev, born 1960 in Bulgaria is a MD, specializing in dermoveneorology and oncodermatology. He is a collector and later an author since the early nineties. From 1996 he is featured in international art forums, among which Manifesta 2 (Luxembourg, 1998), SITE Santa Fe (USA, 1999), Documenta USA, inaugural show of the MONA in Detroit (2001), shows at IFA-Berlin and Kunstlerwerkstatt, Munich (Germany) and other. Since 2010 he begins to create large scale solo projects in various spaces in Sofia. His show “By All Means Spice It Up” (2010) in Credo Bonum was curated and extensively monographed by Ruen Ruenov in a catalogue presenting most of his work. “The Other Aroma” (2010) was displayed in the National Art Gallery, “The Paintings Are To Be Put On The Walls” and “You Hear What You See” was curated by Prof. Pmoukchiev, at Academia Gallery of the National Art Academy in 2012. His next publicly presented projects were “Sporadic Biphocality” at Sofia Arsenal Museum for Contemporary Art and “Noli me tangere” from 2013, “Doll-Uniform” – at Credo Bonum in 2016 and “WARTEN AUF DIE EINS” at Goethe Institut – Sofia, curated by Yovo Panchev. A full list of shows and publications may be found here.

His latest controversial project “Nominal Space” was conceived for the Bulgarian pavilion of the Venice Biennial. Its text version is awaiting publication.

Dr. Gatev belongs to that rare breed of artists who come from nowhere. Nothing can be brought forward about them—either from their biographies or by studying general societal factors—to explain what it is that they actually do. It is the easy product of a “high natural intelligence”. Dr. Gatev arrived in Bulgarian contemporary art in the dynamism of the 1990s, and quickly commanded a tangible presence. It has stayed on, due in equal measures to his personality and his idiosyncratic works of art, some of which have served as yardsticks to this day.

Ruen Ruenov, from the catalogue A NEW REALIST FROM THE POST-COMMUNIST ERA