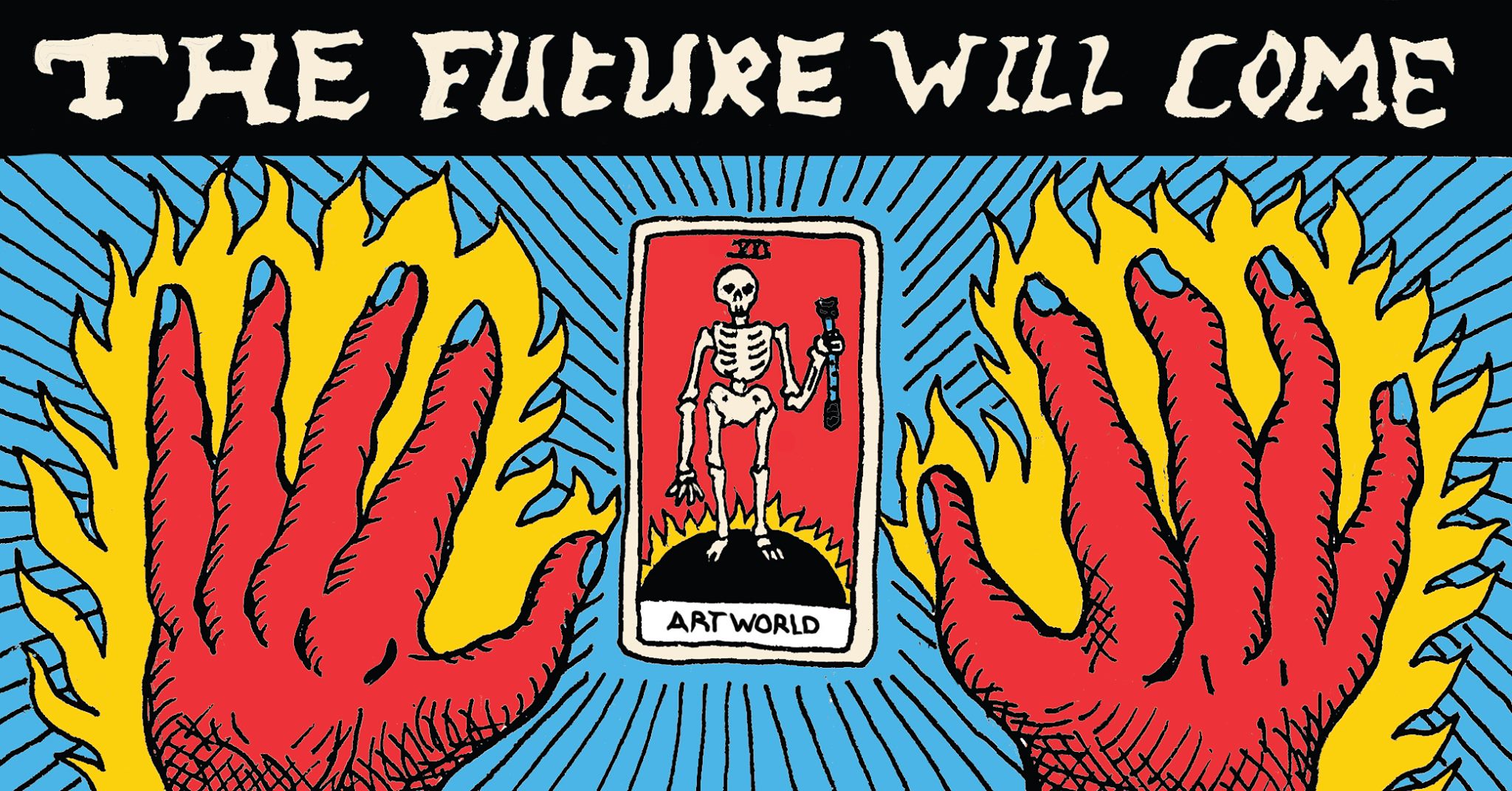 The Future Will Come - solo show of Mitch Brezounek at KO-OP art space, Sofia in partnership with Sariev Gallery, Plovdiv

Sariev Gallery has the pleasure to present the solo exhibition of Mitch Brezounek, The Future Will Come. The exhibition will take place between February 25 and March 13 at KO-OP art space, Sofia and will showcase for the new series of cards “Art Tarot” by Mitch Brezounek. The opening will be on February 25, 5 PM and will feature a performance by Voin de Voin, who with the help of the deck of cards will predict the future of the visitors.

The future will come!

The art world is in a state of Limbo*, but the cards will be its saviour. A unique deck of Tarot cards has been created to help our artistic future. The coming of a sacred deck that will bring light and serenity to the world of art. Yes, dear follower, the voices of the past foretold its coming.

From time forgotten, man has always been close to the world of the supernatural. The mystical forces that surround us have been a subject of fascination and have influenced the organisation of our societies. The mystery of Tarot has survived the test of time and inspired many cultures to develop occult beliefs. We have always had an attraction to these higher powers, a desire to find the path of our destiny in the symbols depicted on these cards.

Today, telling the future through cards is defined as deception and stupidity because one has taken refuge in the hands of the capitalist doctrine. A doctrine in which the desire to ascend the ladder of progress and technology is prioritised, creating a unique, material ideology which is certain that science will save the world.

Renouncing the mystical and spiritual heritage that has led him so far, today man finds himself blocked by his choice to pursue technical and material progress.

In the current climate of a global crisis caused by a virus, we see the failure of political thinking based on the reign of consumption and the belief that a product will save us from evil. In those times the cultural industry is abandoned and paralysed. Yes, dear follower, I say that culture must be saved to avoid the worst, to avoid catastrophe. We must lift the veil of the unknown, to kindle the fire of creation.

Time is running out and we need to react, so we are forced to appeal to the supernatural forces that live in this Tarot deck. What if the magic sealed in occult traditions came and illuminated our path? What if the mystical forces of our past civilisations are the way to reconnect the past and the present so that we can better direct our future?

It is in such an emergency that this deck of Tarot cards was created to give us hope for a new artistic world connected with space, time, the spiritual, a world of physical and mental connection that transcends the boundaries of reason.

*In Catholic theology, Limbo (Latin limbus, edge or boundary, referring to the edge of Hell) is the viewpoint concerning the afterlife condition of those who die in original sin without being assigned to the Hell of the Damned. (via Wikipedia)