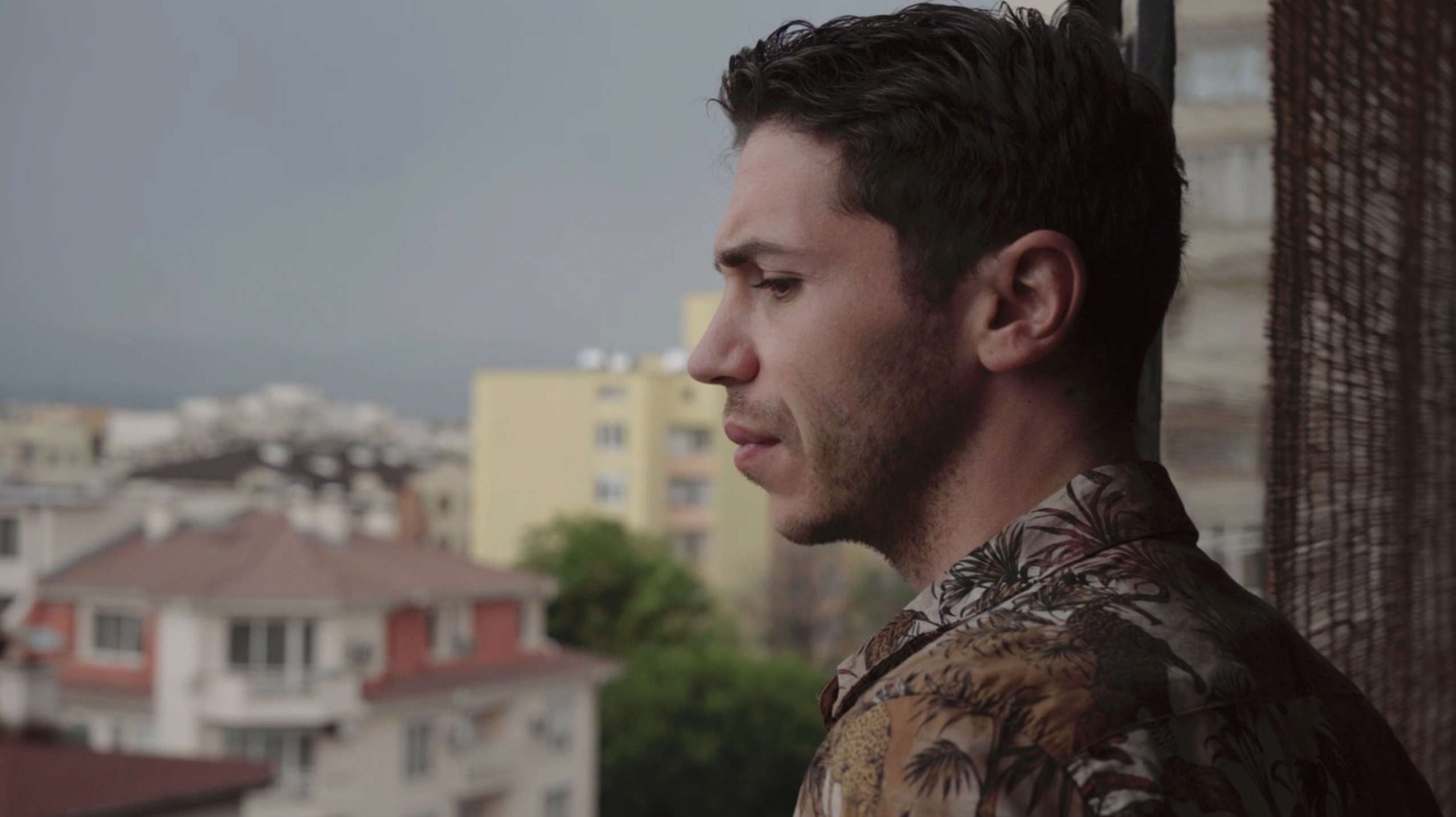 Every dedicated gallery owner and curator works daily in several realities. The audience knows mainly the reality of the exhibition space, when the work is completed, exhibited and contextualized.  But there are many exciting stages before that, which are part of our work, reality bites from the work  between the gallerist and the artist, which you will probably be interested to know. One of them is a visit to the artist's studio. In the new section of Sariev's website we will take you with us to the studios of artists we work with and we will present you with them a project or work in development.

In the fourth edition of Studio hopping with ... we are going to visit the studio of Mitch Brezounek. He is  born in France in 1989 and is based in Plovdiv, Bulgaria. Mitch is one of the artists that Sariev Gallery presented in 2019 in the exhibition Background: Young Artists from Plovdiv  and at the end of 2020 in the exhibition FORCE OF ATTRACTION II / Anna Uddenberg / Mitch Brezounek. In March 2021 Mitch was nominated for the BAZA award for contemporary art.

In his latest projects 'How to Become the Best Artist in the World' (film and exhibition at ICA-Sofia) and 'The Future Will Come' (exhibition at KO-OP art space, Sofia and series of cards 'Art Tarot', realized together with Sariev Gallery) Mitch talks about the system of the art world by parodying the clichés, norms and stereotypes that rule and determine the future and success.

Hi Mitch, where do we find you right now? What are you doing?

Today you will find me in Plovdiv, Bulgaria, the city where I have been living for 5 years, already. I work and live in this historically and culturally rich city. You will find me either in the old disaffected hospital in which some of the artists of the city are established. A unique place, where creative energy is the main area, but also friendships, influence and the pleasure of helping each other to develop the city. If you can't find me there, I would be at the feet of the Rhodope, 15 minutes from Plovdiv, in the family house of my girlfriend Martina Vacheva, probably creating sculptures or making wine.

Since last year, you presented a series of works that deal in an extremely parody and grotesque way with the world of art and its future.

Was ‘How to Become the Best Artist in the World’ mainly about what the world was like and how you thought before the pandemic, and ‘The future will come’ in the hope of trying to mix the solitaire of the art world and rearrange it again? Is this so and is there any hope? Where is it?

(the common concept behind the two projects)

That's exactly it, the idea from before the pandemic with ‘How to become the best artist in the world’, which depicts the idea of ​​artistic marketing, of a lost promise that has aged, that can teach you in 35 min. how to become the best artist of the world, capitalism excess. And on the other hand, after the pandemic, the return to spirituality, on a need to refocus and trust the supernatural. Look at our inner emotions through the cards to predict a better future for us. In this case, it is an uncertain promise. So I think there is always a chance, that of accepting the change, of finding a new alternative, that may be the basis of that chance, and maybe that the future is a new hope.

Let's go into details about the individual projects. How did you decide to make the film ‘How to Become the Best Artist in the World’, which goes through the media, the idea, the themes, the colors, the dress code, the risk, the market, the internet, the woman in art and gives 10 lessons for success based on them? Tell us.

I decided to make this movie, the day I met lead actor Blazo Nikolic we had a brief chat and the idea was born. I went home immediately and started writing a screenplay for the first time without knowing the technical and professional basics. I think that the influence of my experience as an artist has a lot to do with it, and above all, the desire to create a visually mediocre film, without artifice, by the simplistic way of being filmed and playing. A film at the antipode of new technology, 4k video.. etc., a Film based on its humorous and international writing, that was my real challenge. I wanted to parody the psychological derision of certain stereotypes of the art world or attribute to artists in general, who are represented by my character. I wanted the film to be based on stereotypes of American 80s / 90s marketing that blend into a certain archetype of Slavic culture. This is why the two languages ​​Bulgarian and English confront and intervene, but also so that it can be understood by a public which is unfamiliar with art in general. The film represents a marketing solution that will help anyone become the best! A false Promise, like a Miracle product.

This is why after the covid situation, I felt the need to converge towards another relationship to the artistic system in which I live and which touches me. Instinctively I asked myself the question like all human beings, what is next? After covid? for who? for me? for Art in general? and it is by focusing on these questions that I wanted to turn to the spiritual and again with derision to create a tarot deck which would have the goal to be born for one reason only, to save the art world!

In the film, the teacher, the mentor, is the one who gives the fundamental ‘lessons’ as a guide for novice aspirants for fame and lasting glory. Everything is built on the principle of media advertising for easy consumption with incredible effect. But, apart from the paradigm and irony, do you see ‘lessons’ that you followed in your journey as an artist between France and Bulgaria and which are the most important of them?

The most important lesson is patience, to be patient so that people start to accept you as a Bulgarian artist and not as an outsider. This was and will be my biggest lesson and it is not over, of course. The second lesson never mix Bulgarian beer with any other alcohol. 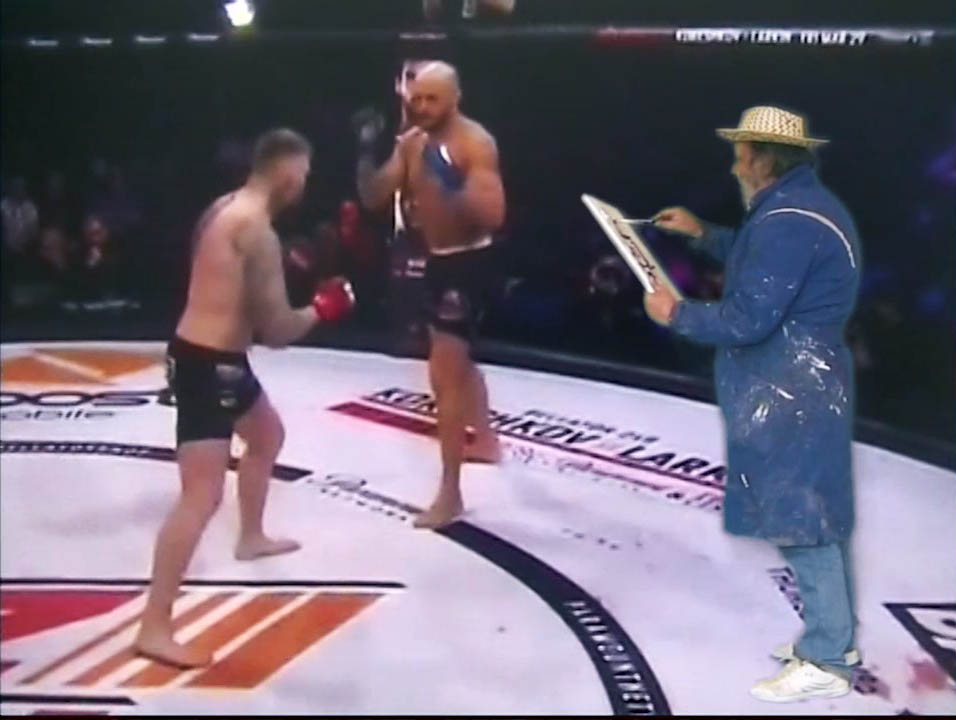 This is a film starring other young colleagues from Plovdiv. The film presents a typical for Plovdiv trash aesthetics. Do you feel that you are part of the Bulgarian and Plovdiv scene, which has a common spirit?

Yes, since the beginning of my life in Plovdiv, I have always been well integrated by other artists in Plovdiv, who have now become my close friends. It is above all very inspiring to be able to be accepted as such and not to have competition between us, each one influences the others. Mutual aid and the pleasure of sharing is the core of the Plovdiv scene. 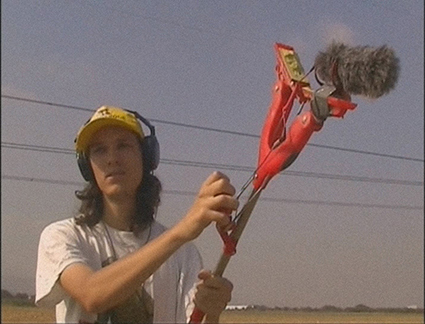 From the end of 2020 to the very beginning of 2021, you created the ART TAROT cards, which are produced by Sariev Gallery. Tell us about them - what are they, how to play with them, why did you choose these characters for the 22 cards?

I have always been fascinated by the occult and the supernatural, and the Tarot is one of the best-known relics of the general public. After the terrible year 2020, and the fallout from the pandemic on the world of contemporary art, I had to create a solution that would give hope to everyone involved in culture. To create a Tarot dedicated to the world of art, the Games are composed of 23 cards, 22 arcana and a rule card.

It is based on the 22 major arcanum of the Tarot de Marseille, which is known for the divinatory tarot, each major arcanum represents a scene, mainly featuring one or more people, with many symbolic elements. The best way to use the map is to cross it, which opens up different directions for reading, between the future, the past and the present. I chose the characters and the representations according to the name of the card and the intention that these words generally convey. 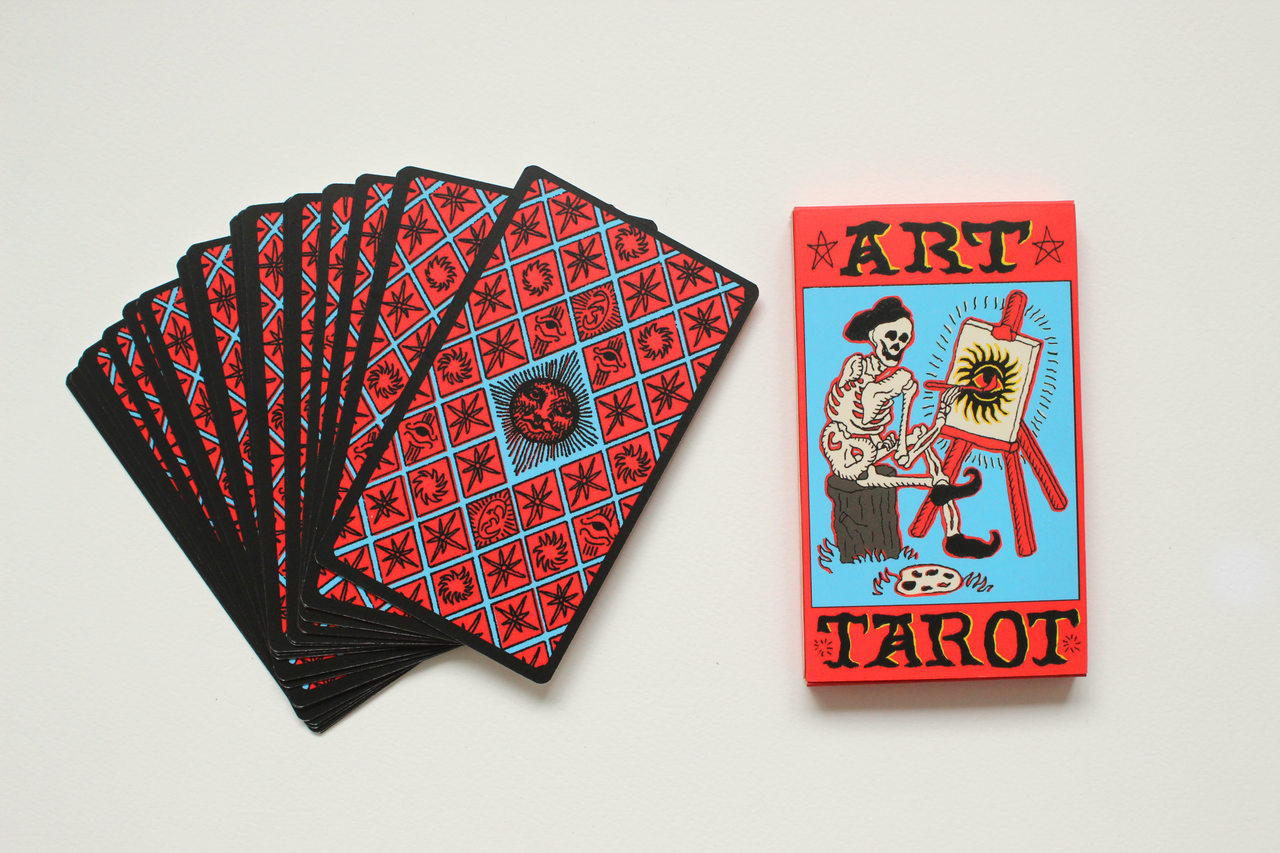 Tarot cards are again intended for the art world, but here the participants in this world (curators, artists, gallery owners, entrepreneurs) are placed in the hands of "fate" or where the forces outside them rule, which make them famous. The whole network of institutions, protocol, political and commercial mechanisms of the art world is again viewed with humor, irony, skepticism. In which of all these "fateful" mechanisms do you believe that there is a future in our already visibly changed world. Which cards would you like to draw?

If I have to draw a map, I will draw the map of truth. I think we are moving very quickly with the technologies we have today, internet, smartphone. We let go of reality and especially of ourselves. People become absorbed by the virtual and we find it hard to accept reality. It is a lie to yourself to forget the importance of small things or nature for example.

To create an Art of moral quality, you have to be honest with yourself, have fun and especially not take yourself seriously! To be true to yourself is to be true to others, to the world.

Both projects are very social - the video from “How to Become the Best Artist in the World” is available on YouTube, and the cards are made in large numbers and are at a very decent price (the price of a ticket for a cool rock concert). Does this seem like an important part of your concept?

For some projects, yes, for a movie when you don't have a producer and zero budget, it's easier to share it to the community through YouTube. I like the idea of an art that can be accessible to everyone, no priority. For cards it's the same thing, it's a printed object that is made to be manipulated so it must be accessible, because the future is priceless. This is probably due to my time in my collective Ouest Fisting, where we sold our drawings, posters, screen prints at punk concerts, in exchange for what people had, beer, caps, or sometimes 1 euro hanging out. It is the closeness to people and the accessibility to your art that defines you and what type of artist you are.

Tell us more about your solo exhibition ‘The Future Will Come’, which was held in Sofia in February and March 2021 and realized between Sariev and KO – OP. What did the exhibition present?

The Future Will come is a kind of ceremony honoring the art world and its followers. To be able to open doors to a better Future. It is the presentation of the Art Tarot and ceramics in connection with the occult world. The ceremony was led by the famous performer Voin de Voin and a young shaman.

Our favorite Voin de Voin made a performance during the opening of your solo exhibition ‘The Future Will Come’ ?

Yes, at the start of this project, I already had the conviction that combining performance with this work would be the cherry on the cake, and it was. What could be more beautiful for an artist than to see his work take a new direction. Also to be surprised by the quality of artist interpretation that the performance can offer. It was my first combination in presenting my work with a performer and I don't think it will be the last.

The Art Tarot cards are available at Sariev gallery, Plovdiv, artnewscafe, Plovdiv and at partner galleries.

The Art Tarot cards can be viewed in detail here