In a TV interview in 2003, Berlin mayor Claus Wowereit famously said that the German capital is “poor but sexy”. His phrase has since gained wider international recognition and been adopted by contemporary artists around the world – a personal slogan occasionally contradicted by the sensationally high sales of some of the artists’ works.

To launch its 2011/12 season, the Sariev Gallery has chosen this slogan to present artists whom it has either previously worked with or has an interest in working with in the future. They are all Bulgarian-born, living in different European cities and working in a variety of genres and media. Some of the selected works were created especially for this exhibition, while others have been shown elsewhere – but they are all indicative of the artists’ main area of interest.

The works in Poor But Sexy are tired of the insistent demonstration of value in contemporary art. They are made from old and recycled materials and speak in a direct and unconditional language – the outcome of a spontaneous approach to production time, as well as much talent, skill and an acute sense of context.

Anton Stoianov (Berlin) was born in Sofia in 1978. In 1998, he entered the Murals Arts Program of the National Academy of Art in Sofia, continuing his education at the Universität fur Angewandte Kunst Wien in 2001. In 2007, he graduated from the Universität der Künste Berlin, where he studied with Prof. Leiko Ikemura. In 2006, he was an exchange student at the California College of the Arts in San Francisco. His work has been shown at Berlin’s Nice & Fit Gallery, Appartement, Forgotten Bar, Tape Modern and Artnews Projects, among others, as well as at the Palais Wittgenstein (Vienna), Elektrohaus (Hamburg), Jikisiten Gallery (Nagoya, Japan); ReMap KM (Athens) and Kunstverein (Arnsberg).


Vikenti Komitski (Sofia) was born in 1983 in Sofia. He graduated from the National Academy of Art with a degree in Sculpture (2006). He has taken part in the following exhibitions: Entrepot, curator: René Block, Krinzinger Gallery (Vienna); Photo I Photo You, curator: Iara Boubnova, Calvert 22 Gallery (London); FQ-Test, curator: Andrey Parshikov, GMG Gallery (Moscow) and others. His works are part of the Contemporary Art Collection of the Sofia City Gallery and several private collections. He is the recipient of the BAZA Award for Contemporary Art for 2011.

Voin de Voin (Berlin) was born in 1978 in Sofia. He studied film and theatre in Paris and Amsterdam, where he received a Master’s degree from the DasArts International Laboratory for Professionals in the Performing Arts. He lives in Berlin and is currently working on the site-specific project “Your Art Is Mine”. His work has been shown at the Melbourne International Theatre Festival, the Hetveem Theatre (Amsterdam), the Tanja Leighton Gallery (Berlin), the France Fiction Gallery (Paris), the Kunstverein (Karlsruhe), the Museum Cartier (Vienna) and in Island’s Living Art Museum. His performance and exhibition The Adventures of Mr. Rouge in the Wild Wild East was presented at artnewscafé and the Sariev Gallery during the Plovdiv Night of Museums and Galleries 2010.

Lazar Lyutakov (Vienna) was born in 1977 in Shabla, Bulgaria. He studied at the National Academy of Art in Sofia between 1996 and 1998. In 2005, he graduated from the Academy of Fine Arts in Vienna. His work has been shown at the Lentos Museum (Linz), the Museum für Angewandte Kunst (MAK, Vienna), the Fotohof (Salzburg), the Ryllega Gallery and the Nha San Duc Studio (Hanoi), the Gandy Gallery (Bratislava), the Winiarzyk Gallery (Vienna), the Michael Hall Contemporary (Vienna), Ferenbalm-Gurbruestation (Karlsruhe) and Baba Vassa’s Basement in Shabla. He has recently received the Shanghai Theatre Academy scholarship.

Lubri (Sofia) was born in 1977. His first solo exhibition -- Boys Don’t Cry -- was shown at the Pistolet Gallery in Sofia, in 2007. In 2011, curator Vera Mlechevska selected him for the Sariev Gallery’s platform “Background: Young Artists”, in which he participated with the exhibition Backup. He has also taken part in Photonic moments, Ljubljana, Slovenia, 2007; The Month of Photography in Vienna; SWAB -- International Contemporary Art Fair, Barcelona; and Persona, the Institute of Contemporary Art, Sofia, 2010. His photographs have appeared in Future Images, by M. Cresci and R. Stern; in One Magazine’s Selected Works and Events 02-09, as well as in the magazines Vice and One, and the newspaper 39 Grams.

Rada Boukova (Paris) was born in 1973 in Sofia. She graduated from the National Academy of Art in 1997, with a degree in Set Design. She then completed a degree at the Ecole Nationale Superieure des Beaux-Arts in Paris (2002). Her professional interests include video, sculpture, sound, installation and performance art. She has taken part in numerous exhibitions, including: Mе and a German girl, curator: Jonathan Chauveau, Gallery Patricia Dorfmann (Paris); There has been no future, there will be no past, curators: Marco Antonini and Sandrine Canac, ICSP (New York); Still Life, Institute for Contemporary Art (Sofia); L’art contemporain en Europe, curator: Fabrice Bousteau (selected by Iara Boubnova), Domaine de Pommery (Reims); Exploitation, Love, etc... L’Iceberg (Volet 1), Palais de Tokyo (Paris). She is the recipient of the M-Tel Award for Contemporary (2009) and the BAZA Award for Contemporary Art (2008). 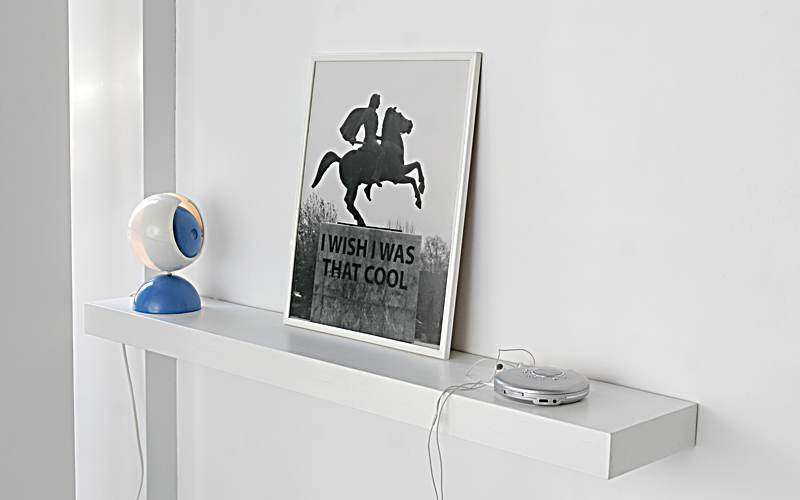 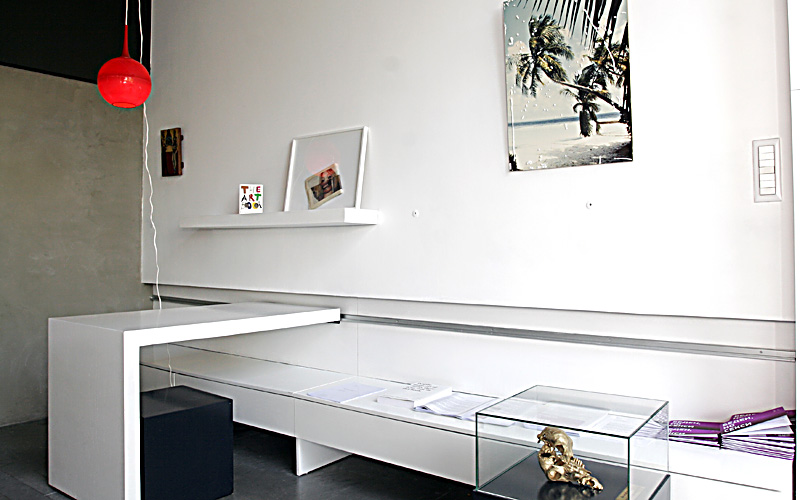