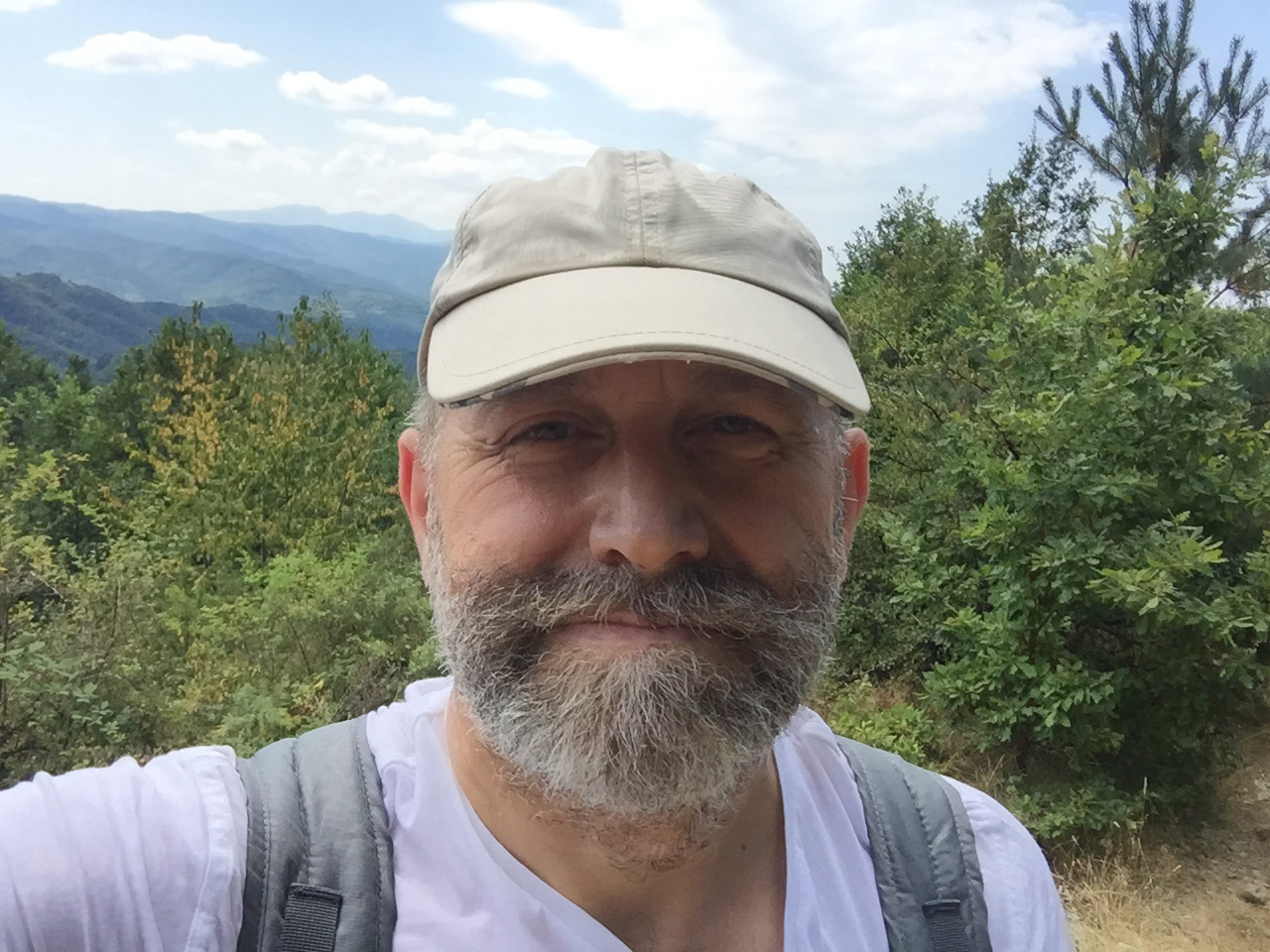 Opening on 23 September, 8 pm
during the festival NIGHT/Plovdiv 2016

SARIEV Contemporary is delighted to present “Nature”, Nedko Solakov’s first solo exhibition at the gallery, following “Sentimental Show”, which in 2013 also included works by Mityo Solakov and Dimitar Solakov. “Nature” will open on 23 September at 8.00 p.m., within the framework of the NIGHT/Plovdiv 2016 festival, in the presence of the artist. The exhibition will be on display until 28 October at the SARIEV Contemporary space at 40 Otets Paisiy Str.


Nedko Solakov, a world renowned artist who tells fictional stories through drawings, text, painting, objects, sculpture and installations, seasoning them with his signature sense of humor, will open “Nature”, his first solo exhibition at the SARIEV Contemporary gallery.

The show is dedicated to Solakov’s favorite part of Bulgaria – the woods around the village of Boriki in the Gabrovo region, which he knows intimately. It comprises an impressive large-scale photograph of the majestic Balkan range (shot by Dimitar Solakov), and twelve plein air drawings by Solakov himself, created in twelve consecutive days on a 147.45 km hike in the area.

Like a natural scientist in the Age of Discovery, Solakov sketches, fleshes out and describes his objects on location, occasionally using the soil he treads on as drawing material. His drawings bear the marks of his unfailingly recognizable style – solid outlines combined with a soft, nervy pencil line that in places looks almost accidental. In some of the works, Solakov develops his objects in detail, like a classical plein air artist; in others, he captures the situation more generally, echoing the impressionists. There are also works where he acts like an academic landscape artist, labeling the drawings’ elements and shading with words, alluding to a possible subsequent use of the sketch in an oil painting. Each drawing is also supplemented with text summarizing his impressions, as is customary in conceptual drawing (in addition to itineraries and distances, there are also elevation details and personal data such as calories and fluids spent, as measured by Runtastic). One drawing resembles protest art – not quite a call to action yet, but an aggressive verbal outburst at deforestation, the administration and the political establishment.

In addition to art documentation, Solakov also lures the viewer with interactivity – to help him/her explore the relationship between the real landscapes and the drawings, the exact locations are numbered and identified across the panoramic Balkan range view. But as the artist himself has pointed out in a Facebook post, there is even more to the exhibition than this… 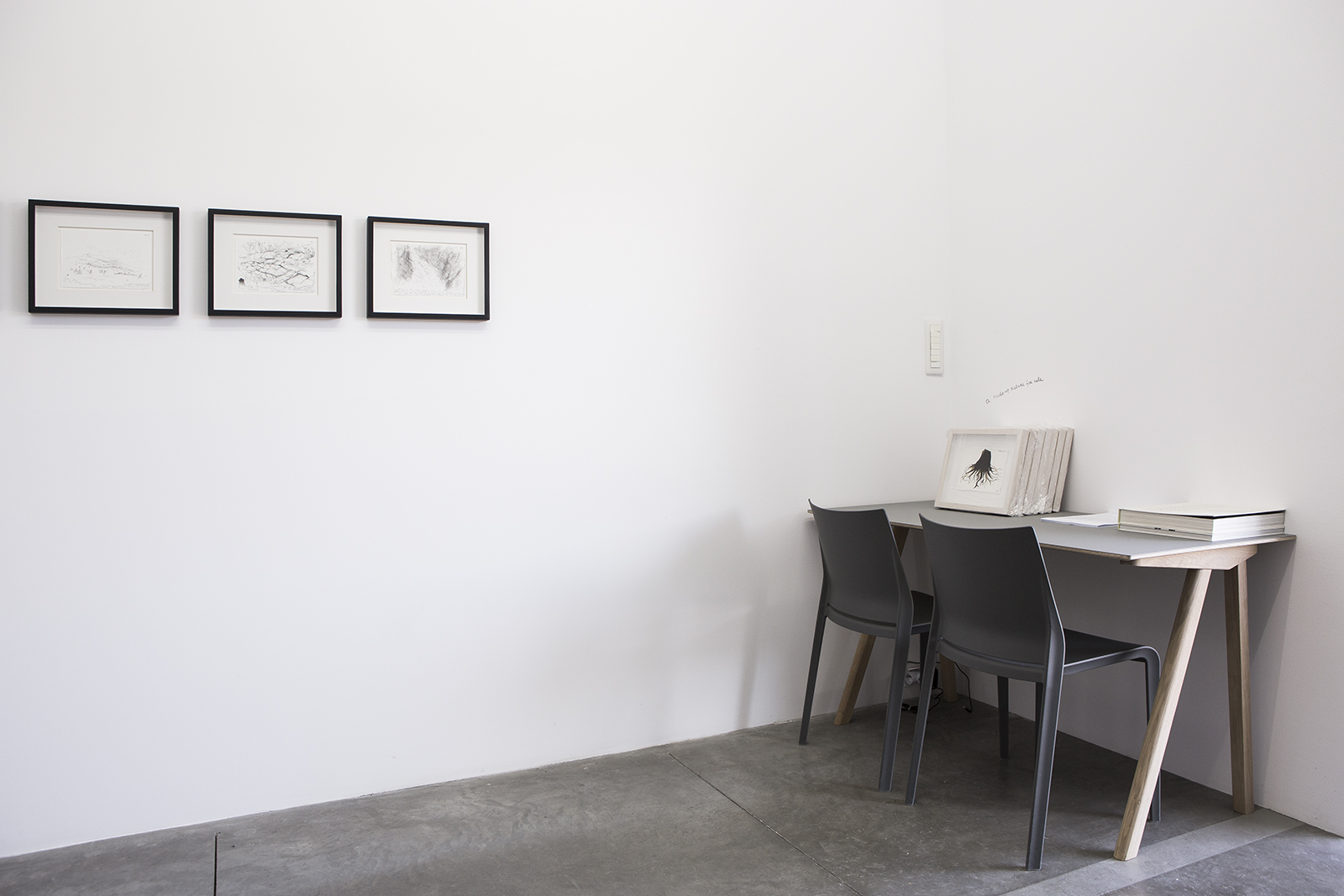 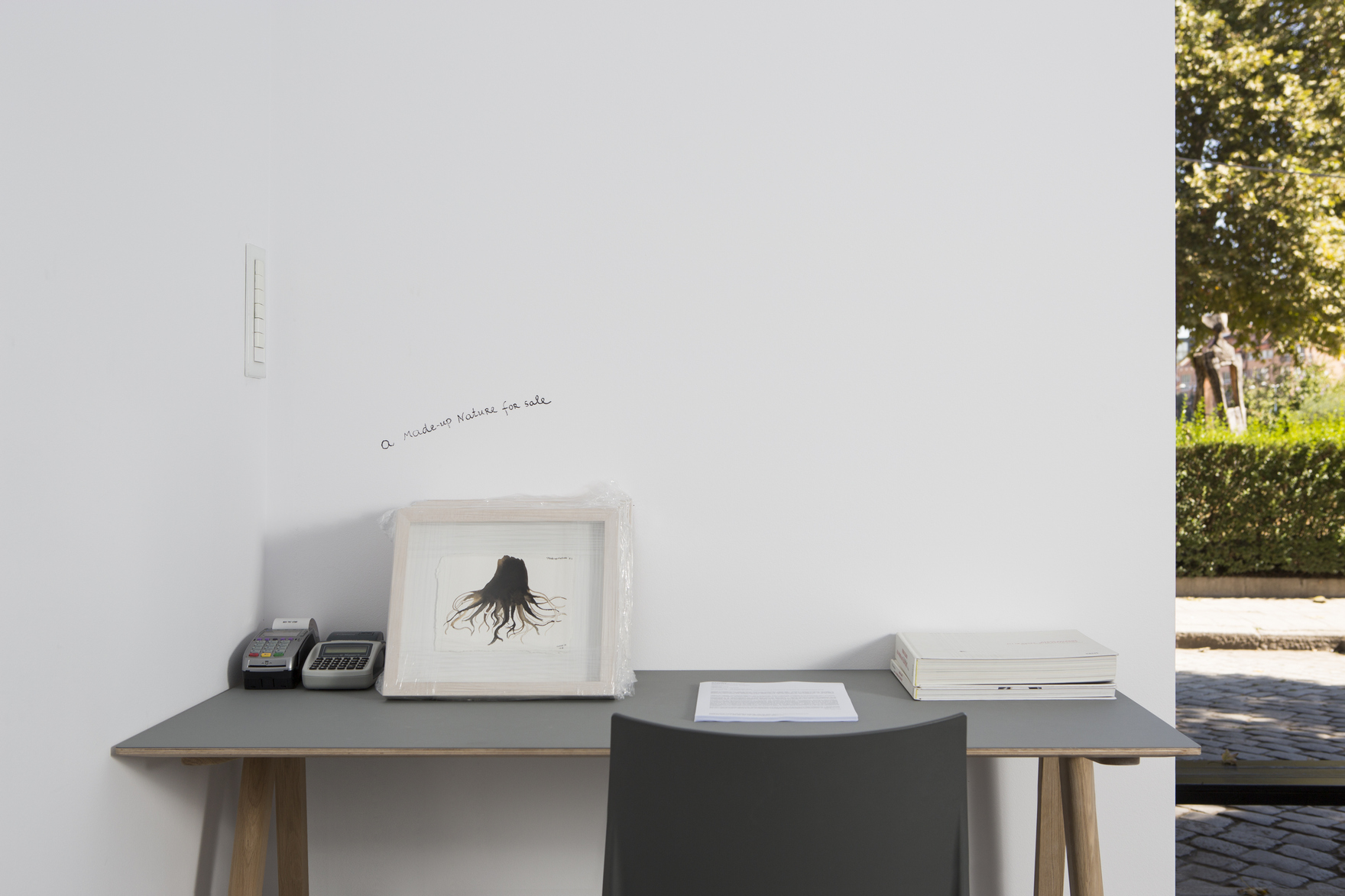 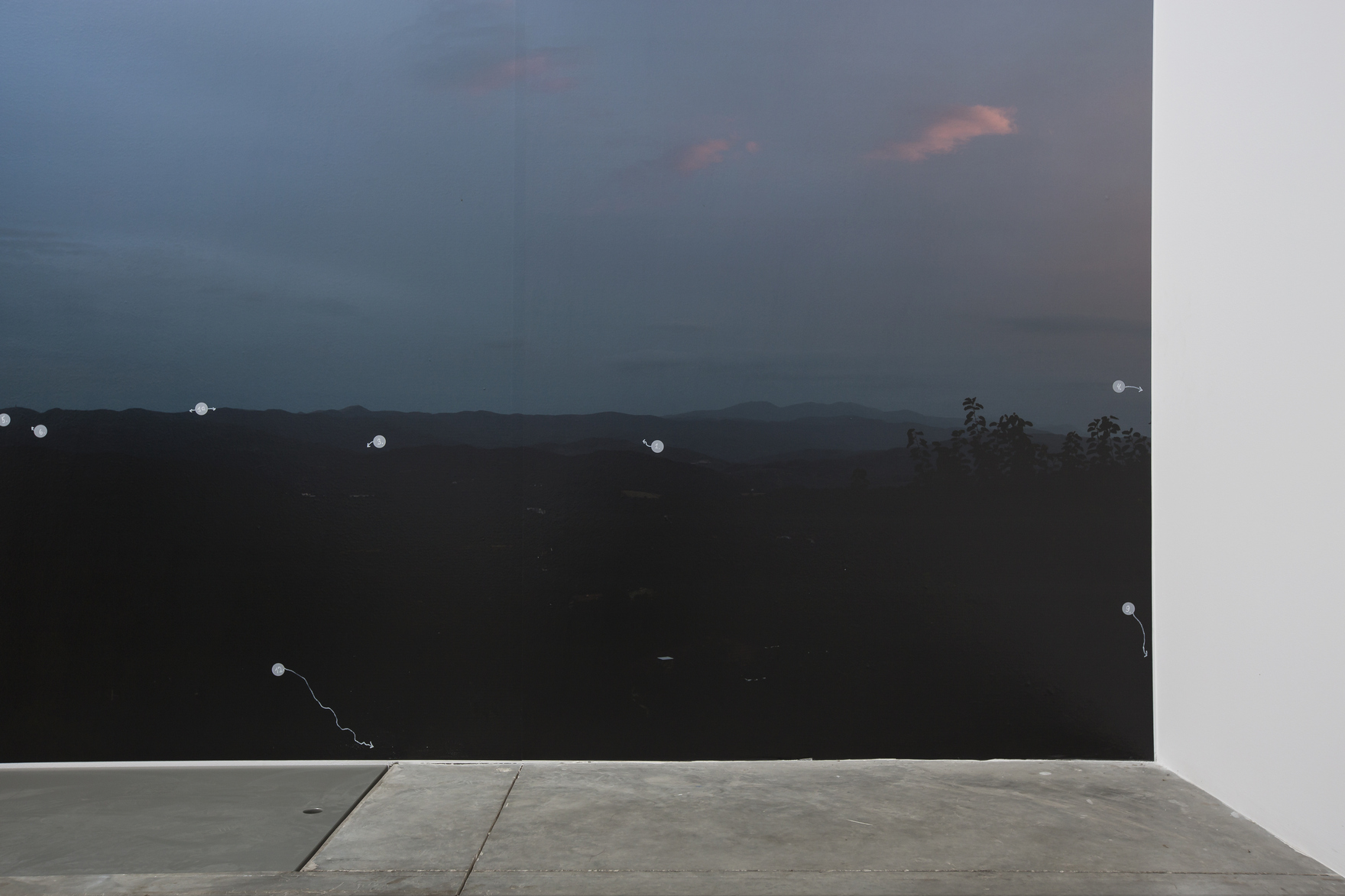 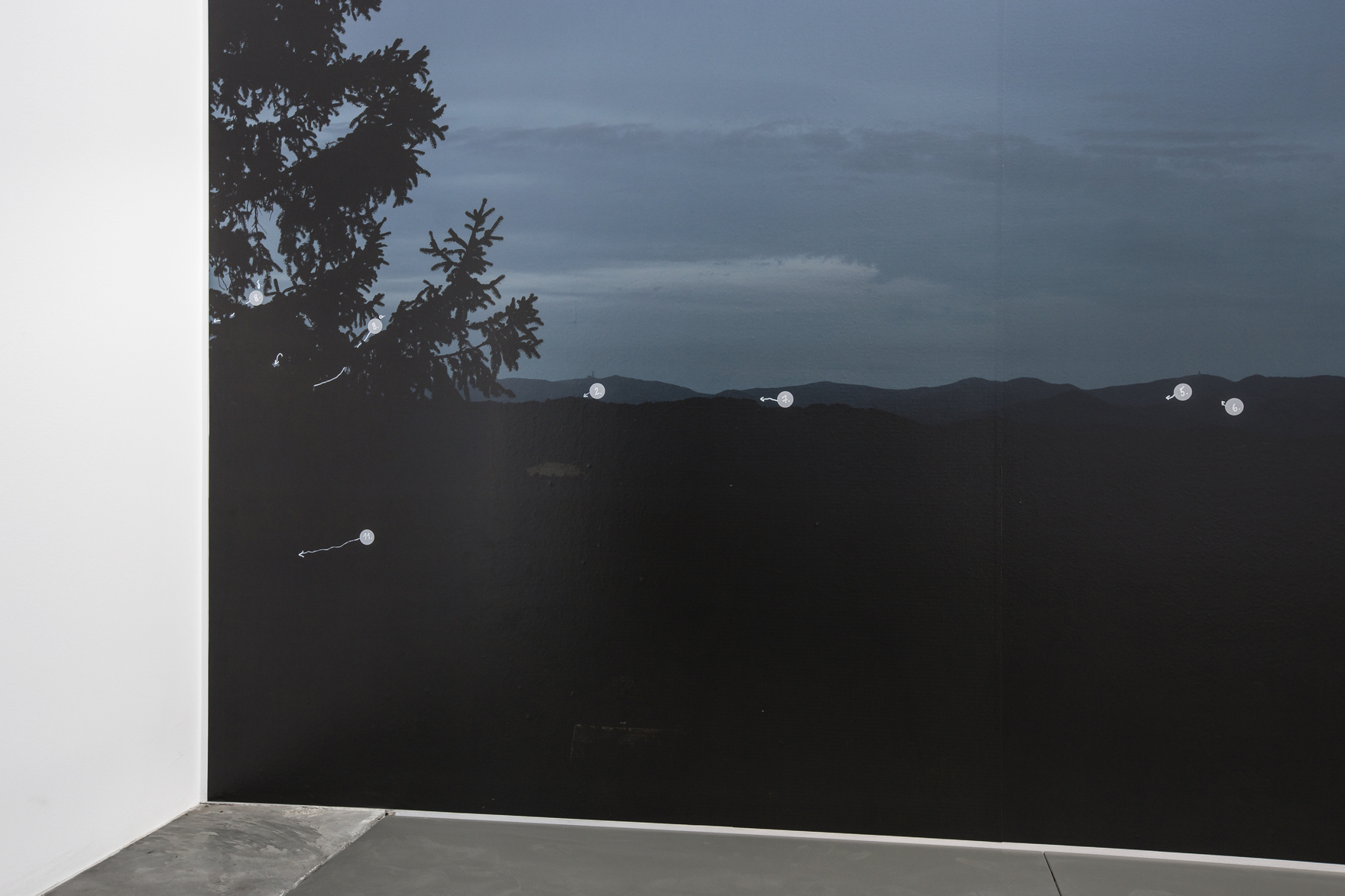 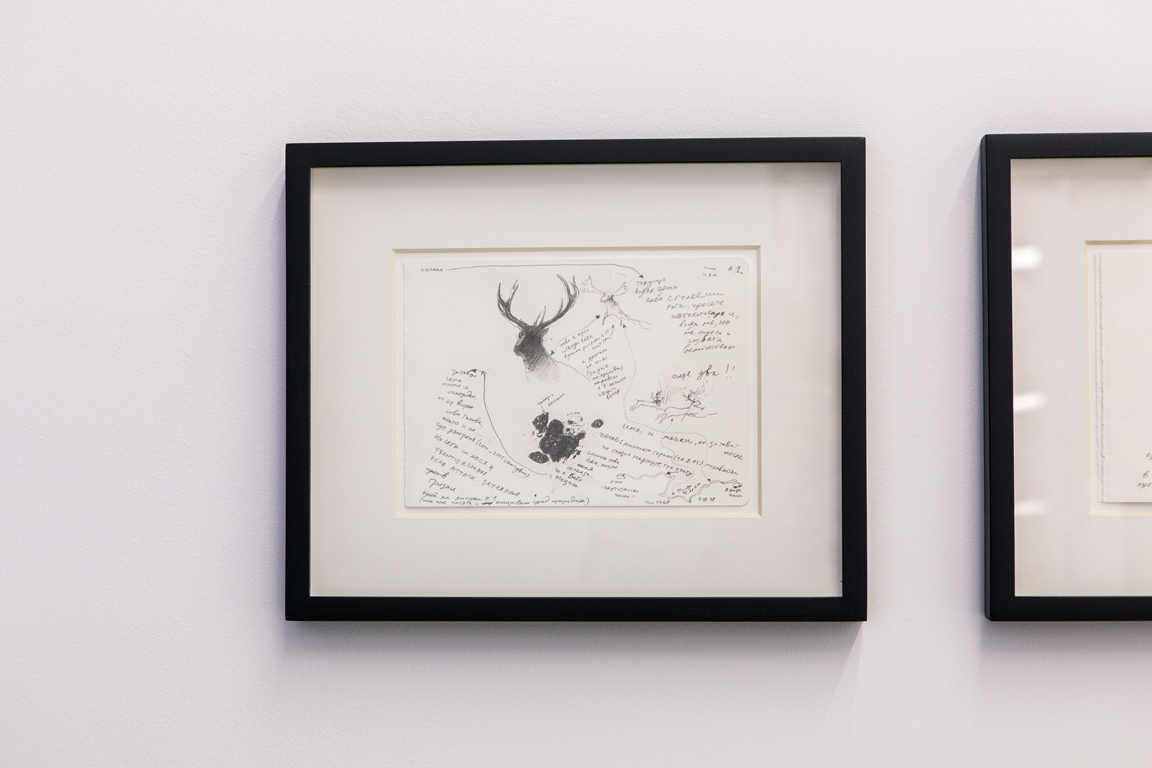 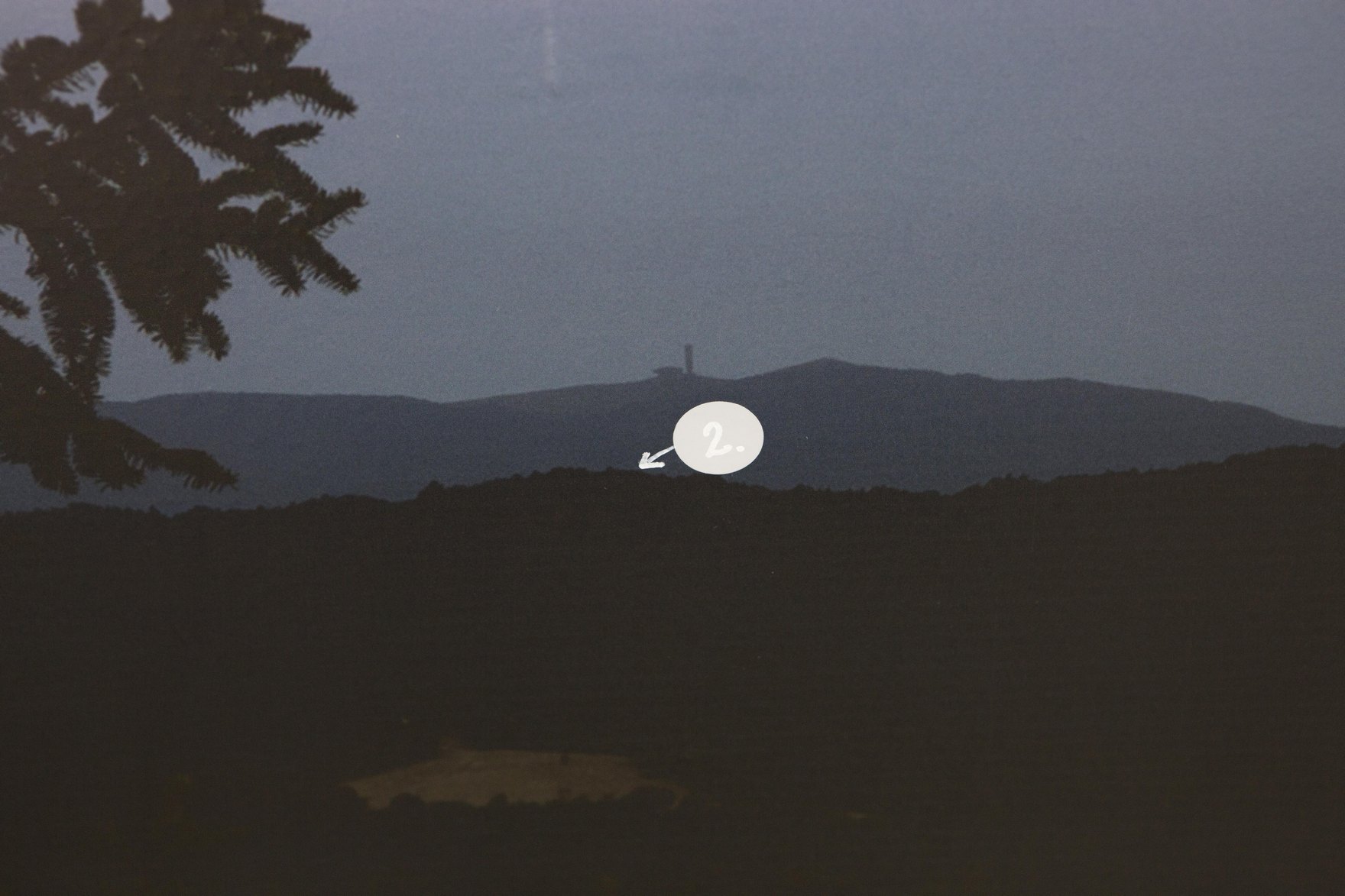 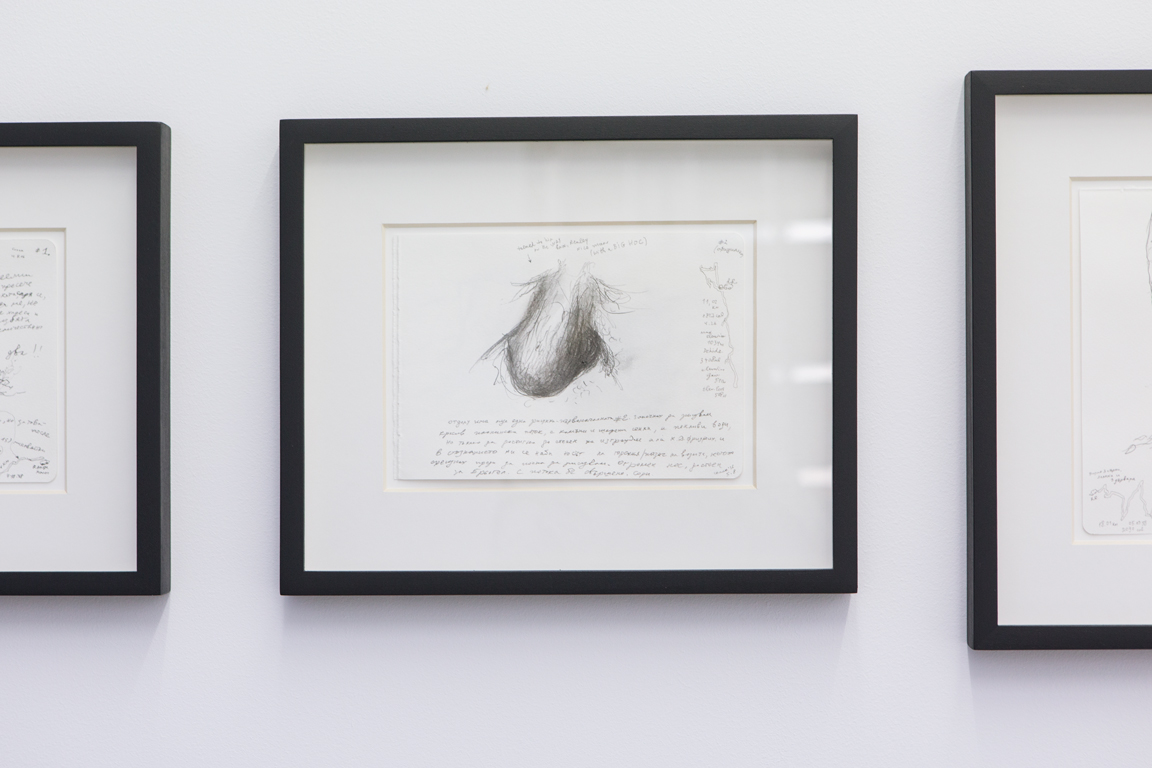 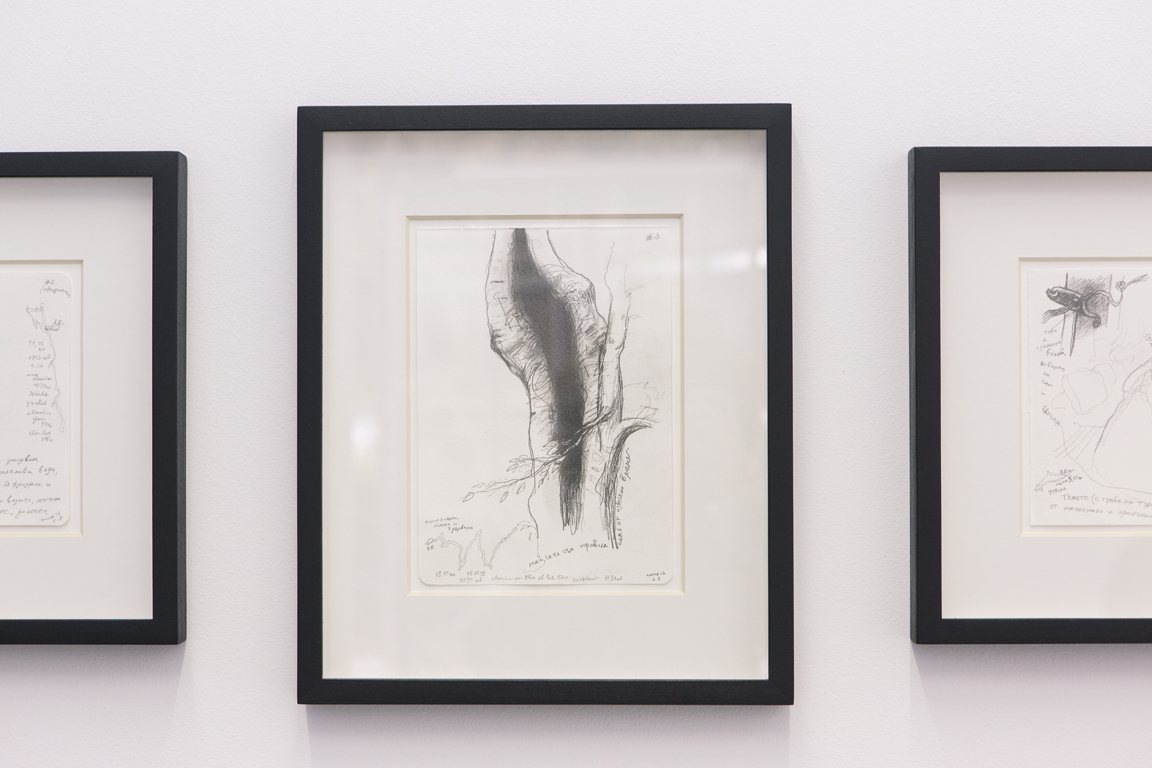 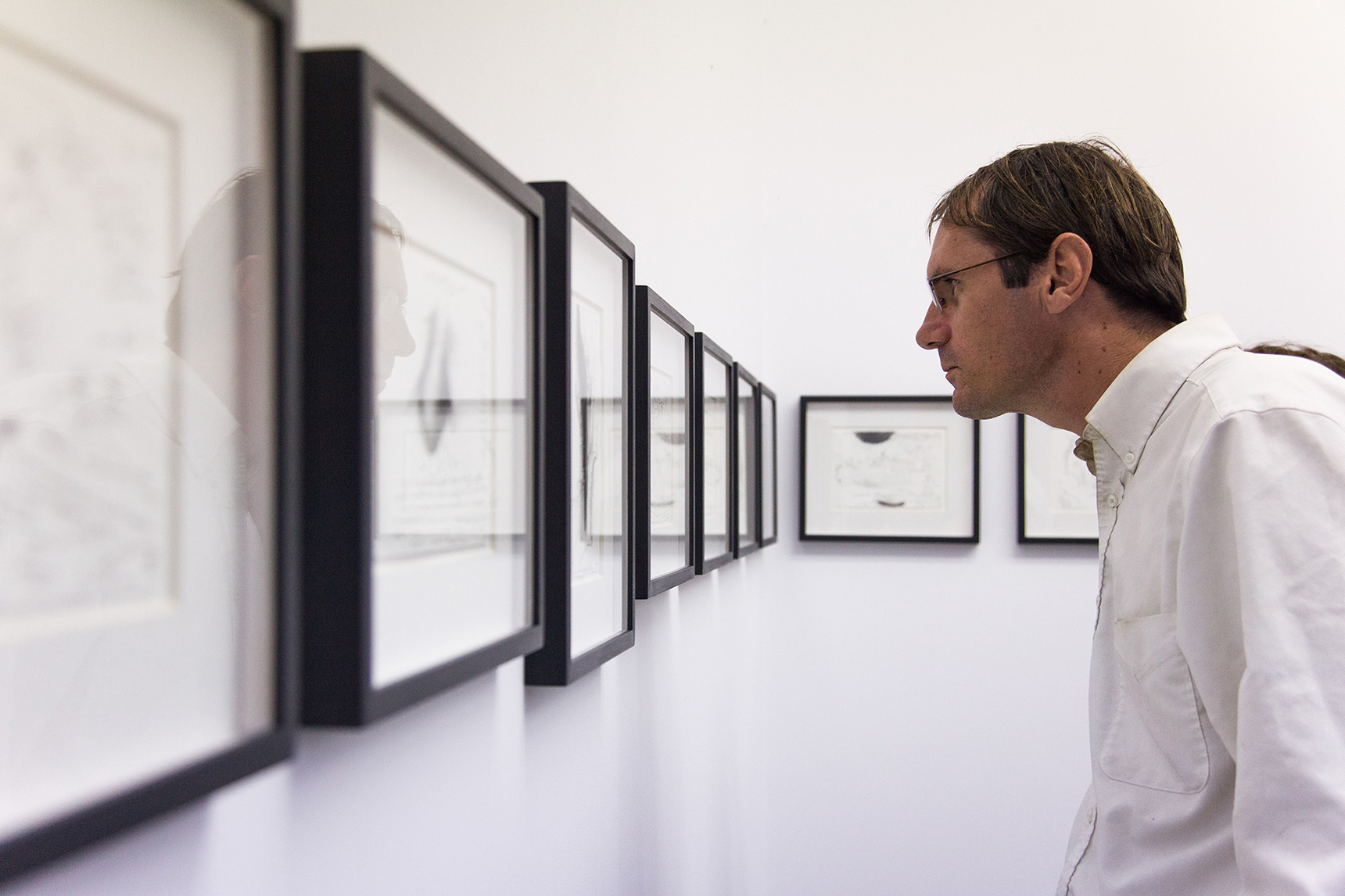 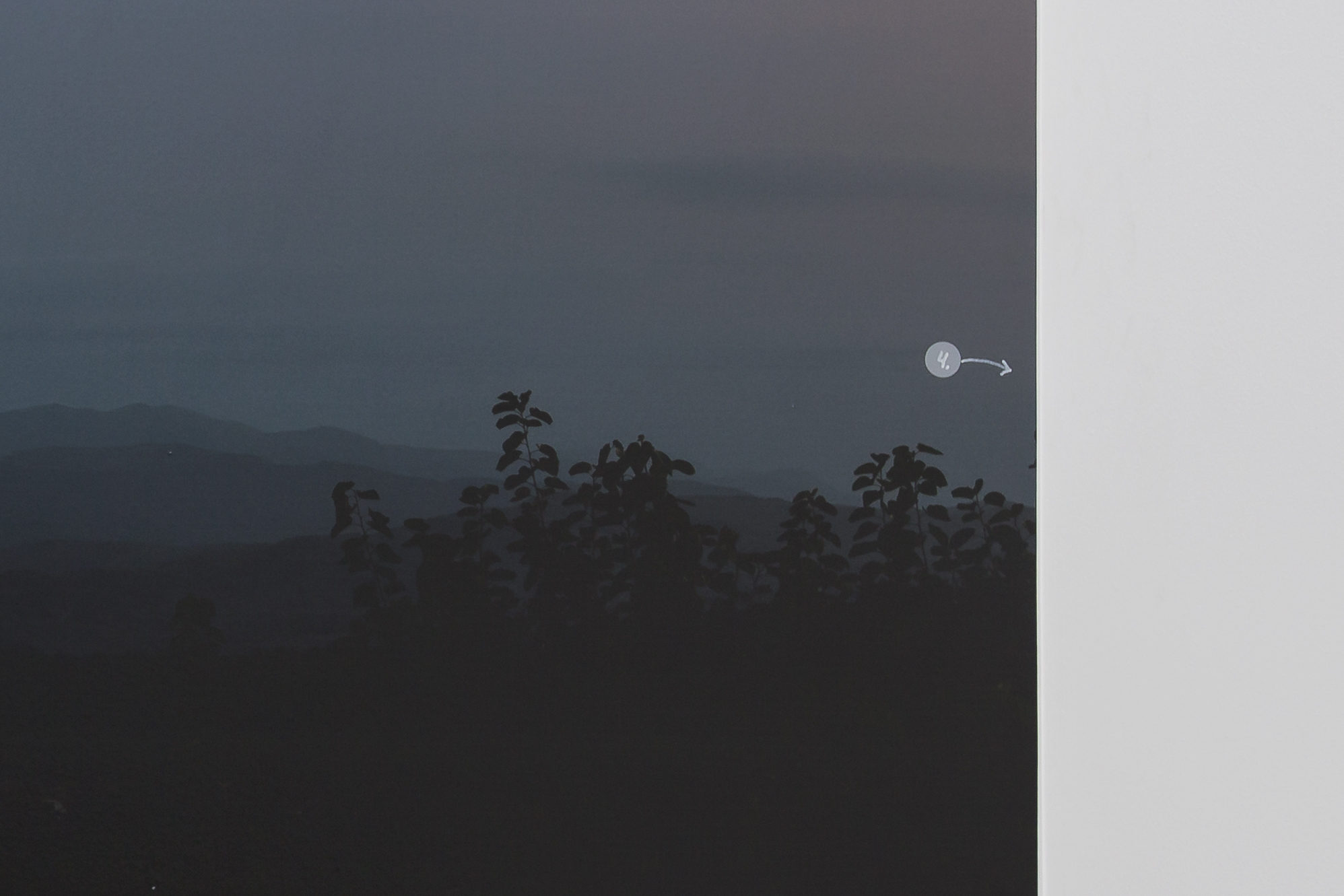 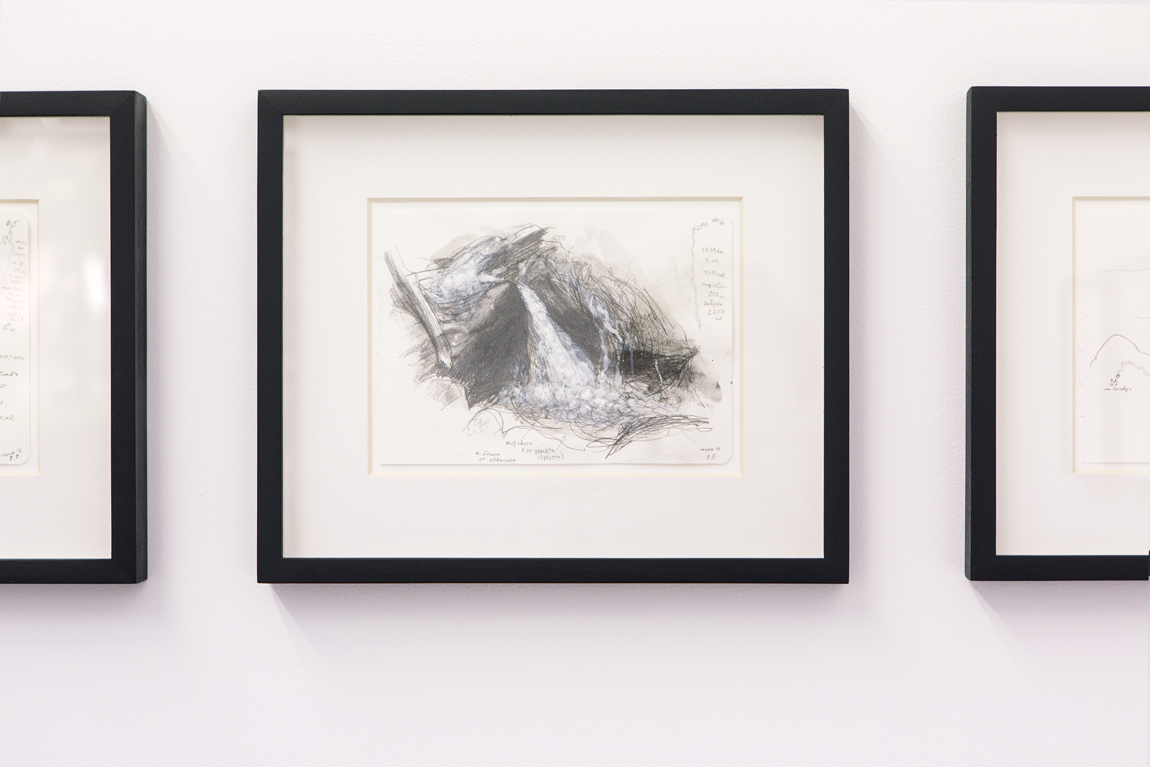 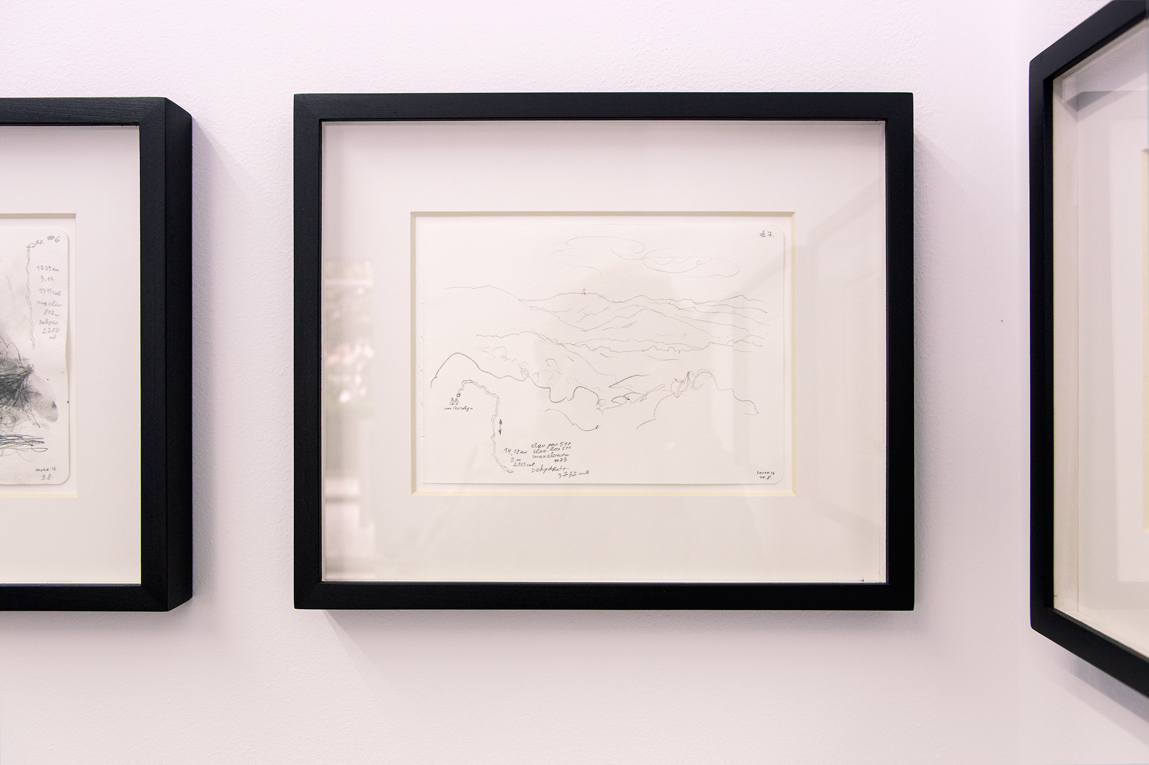 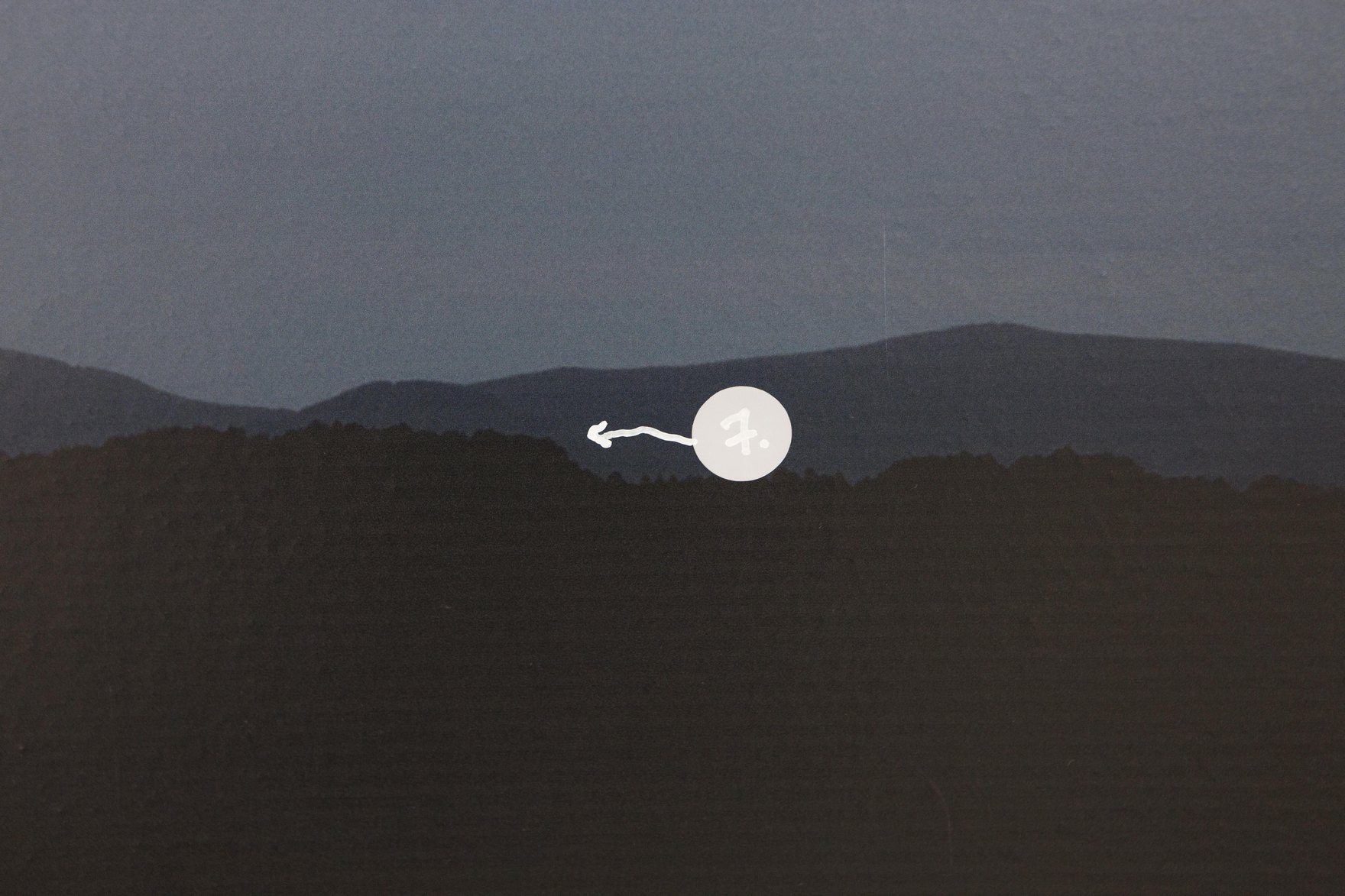 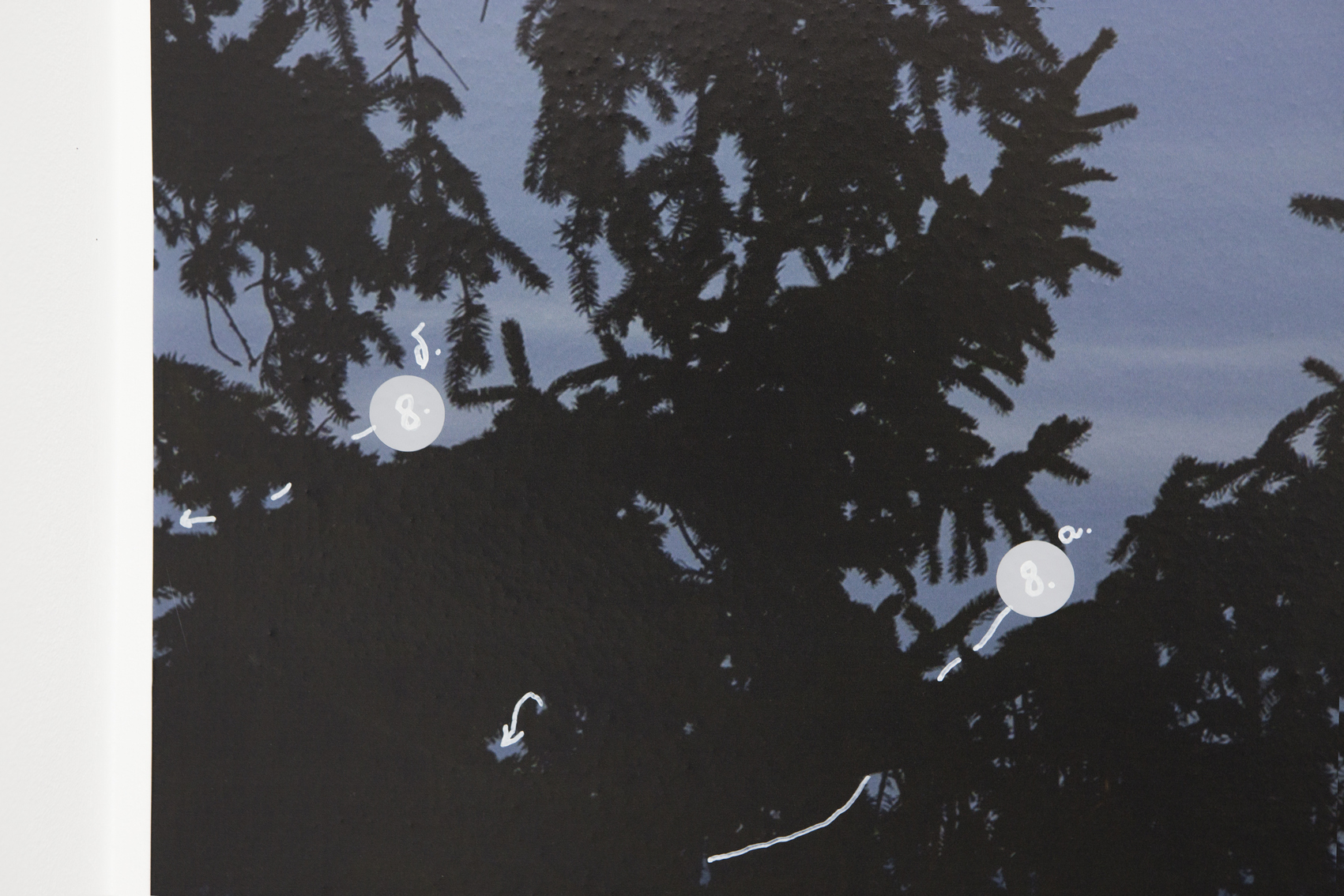 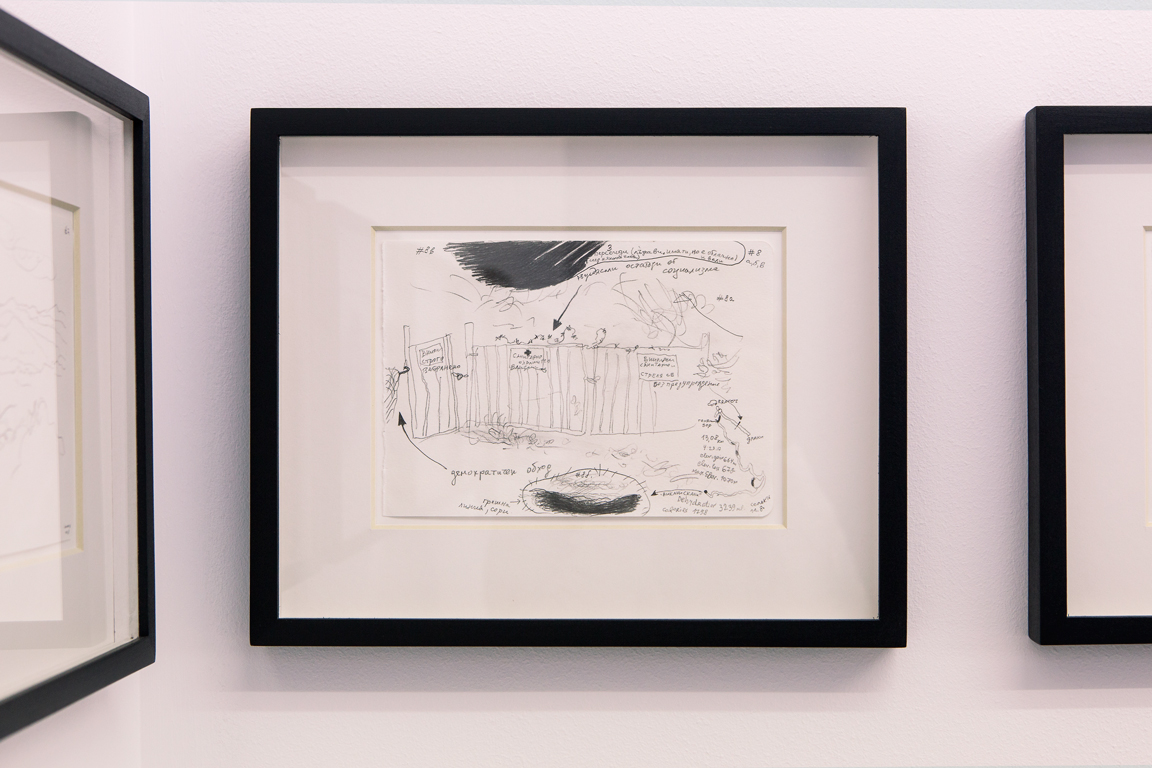 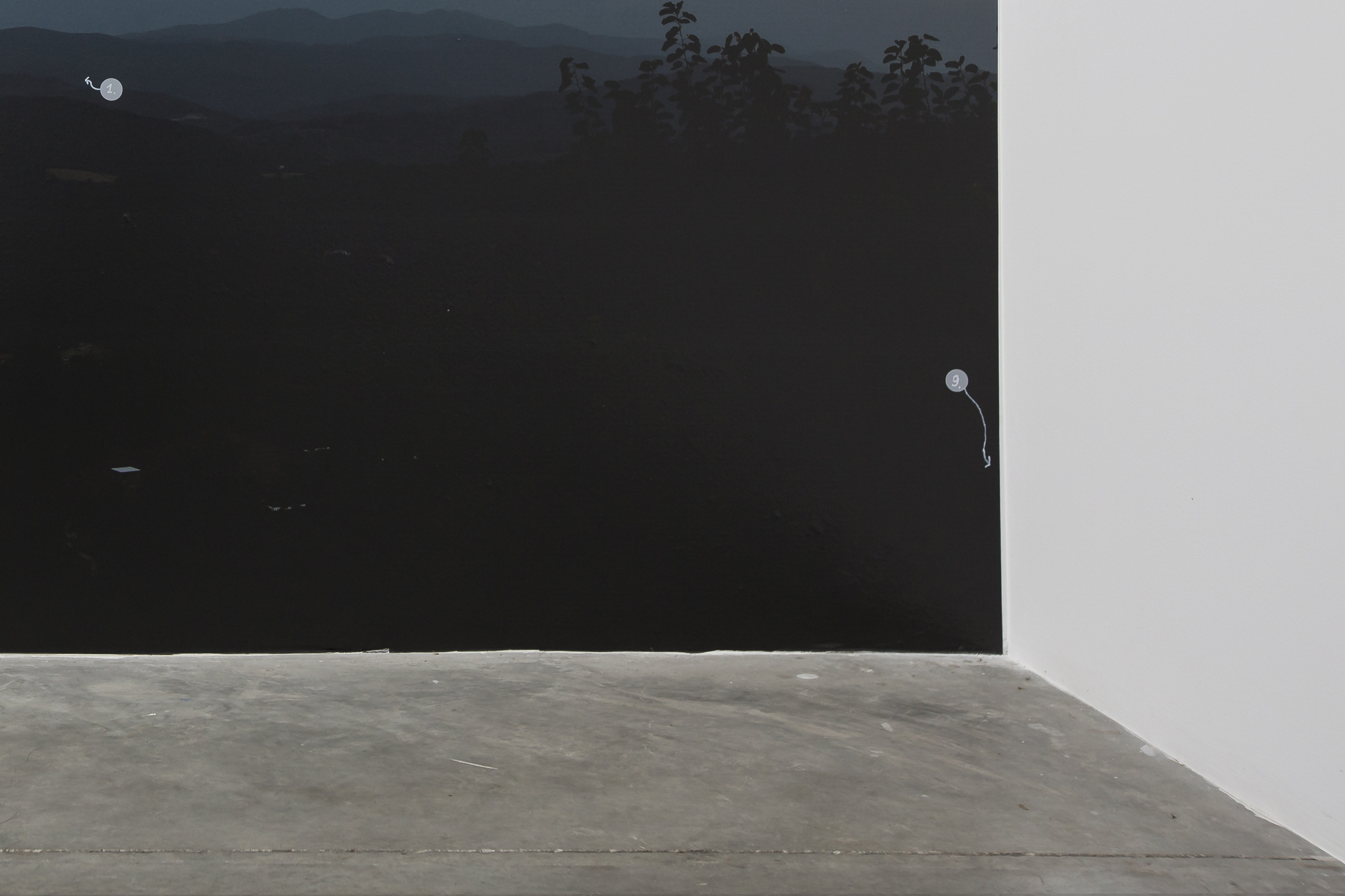 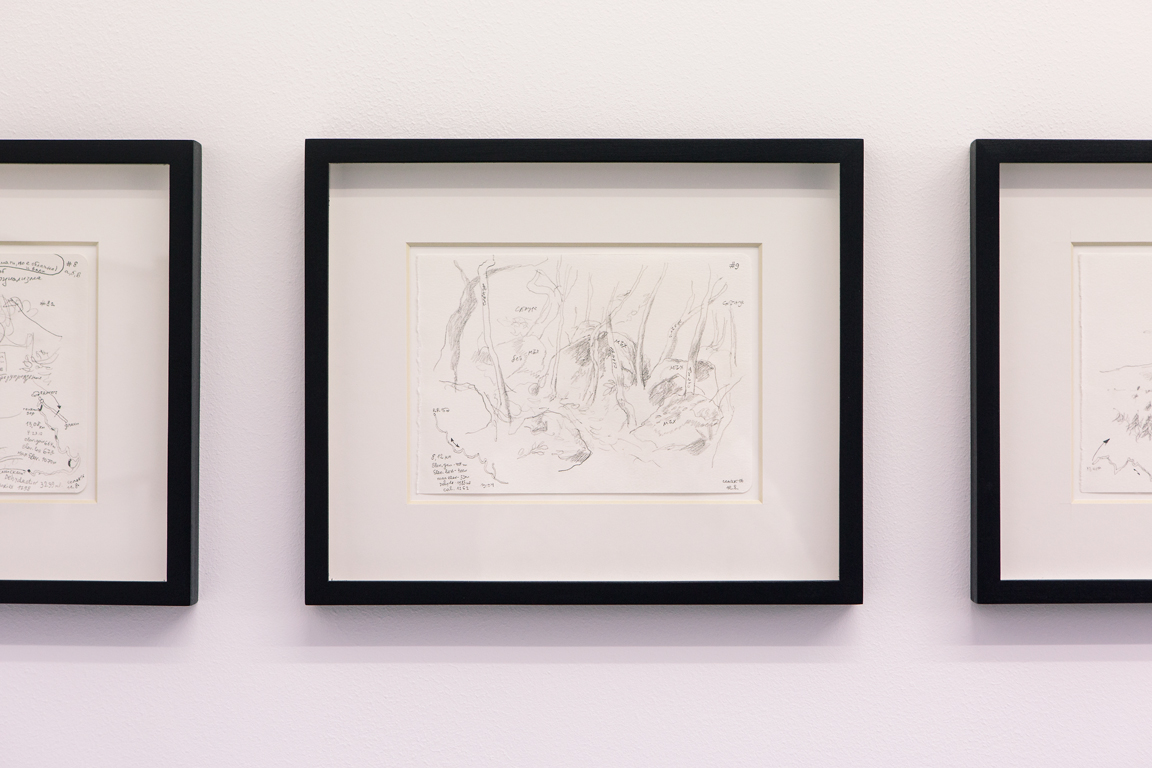 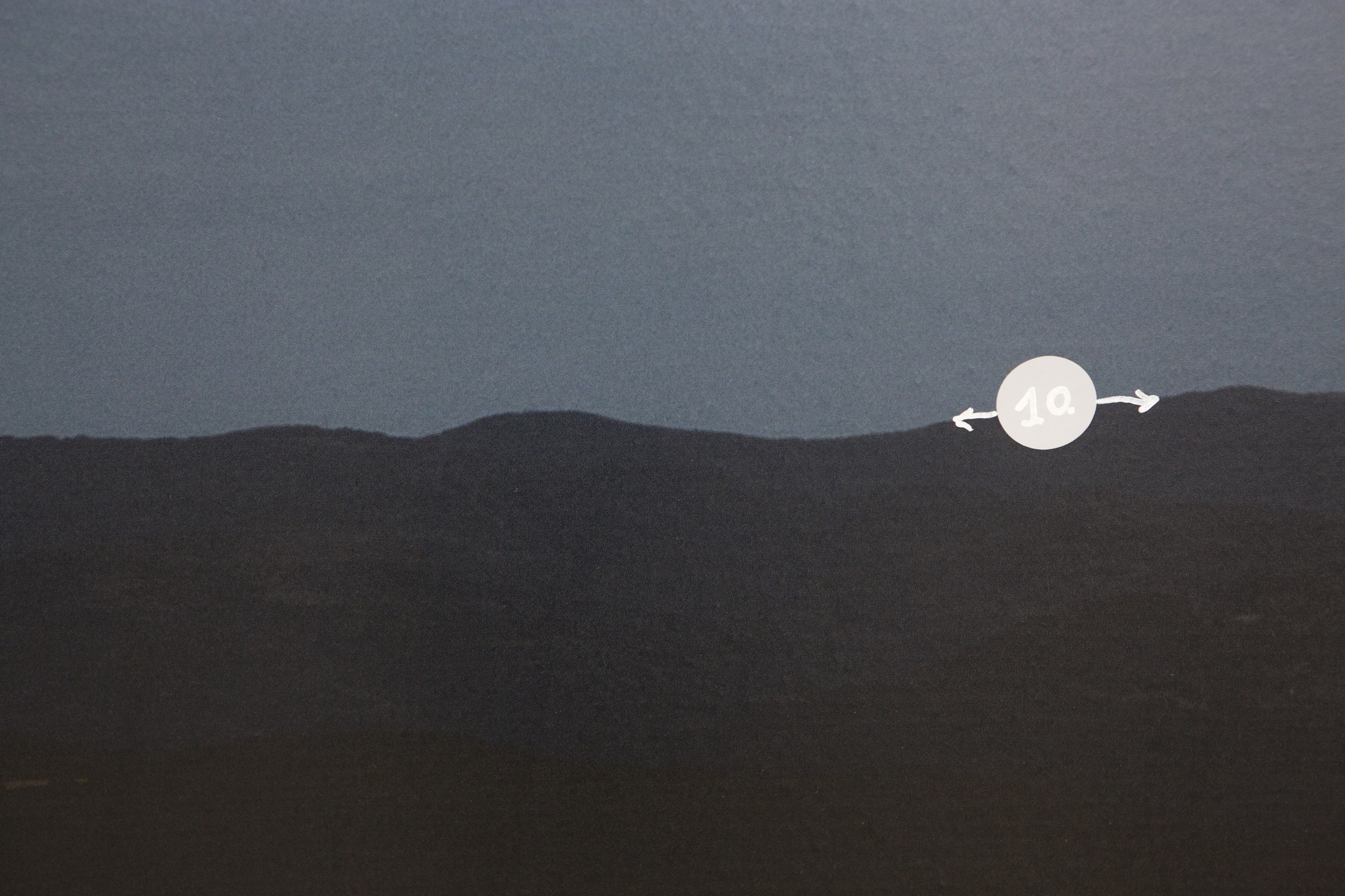 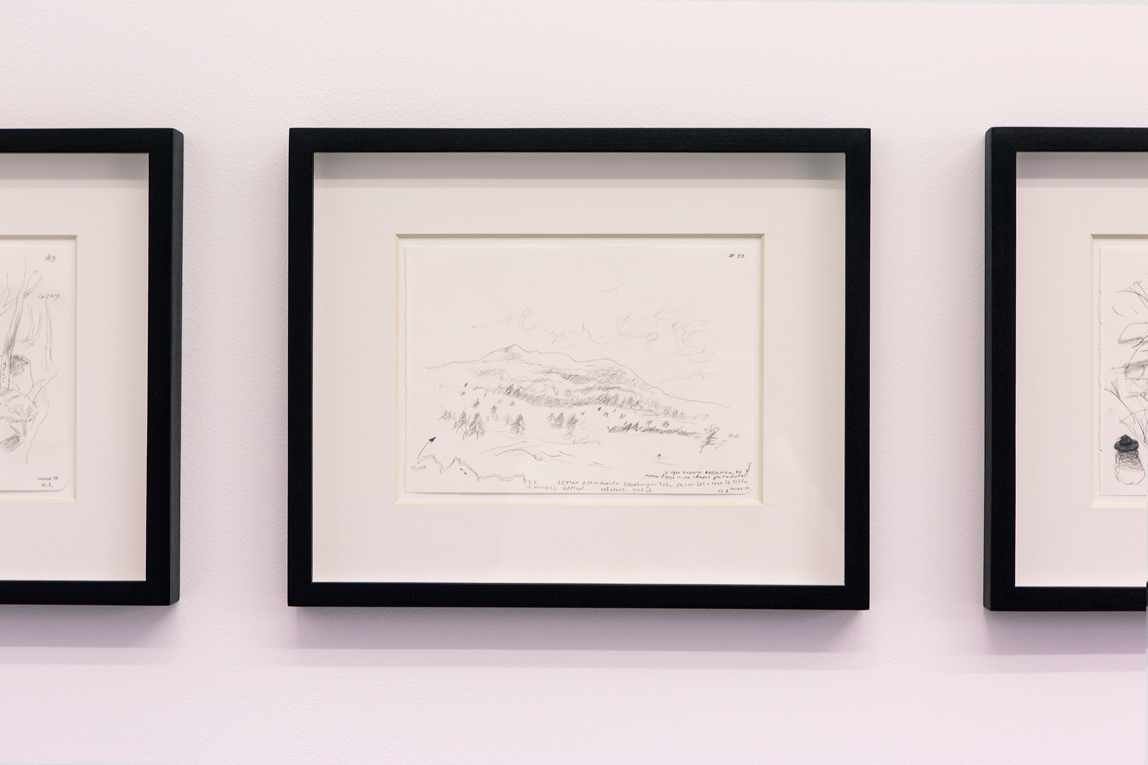 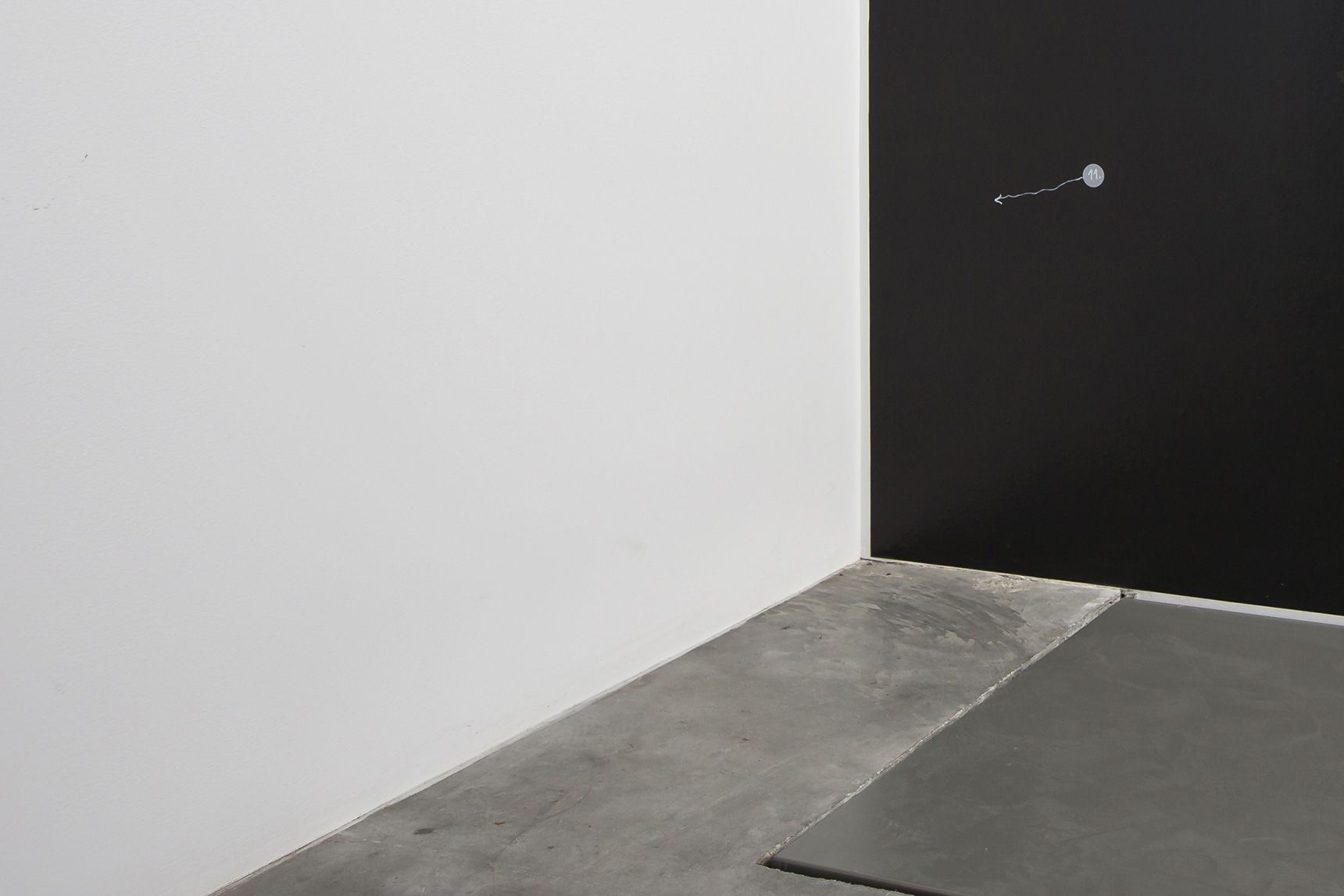 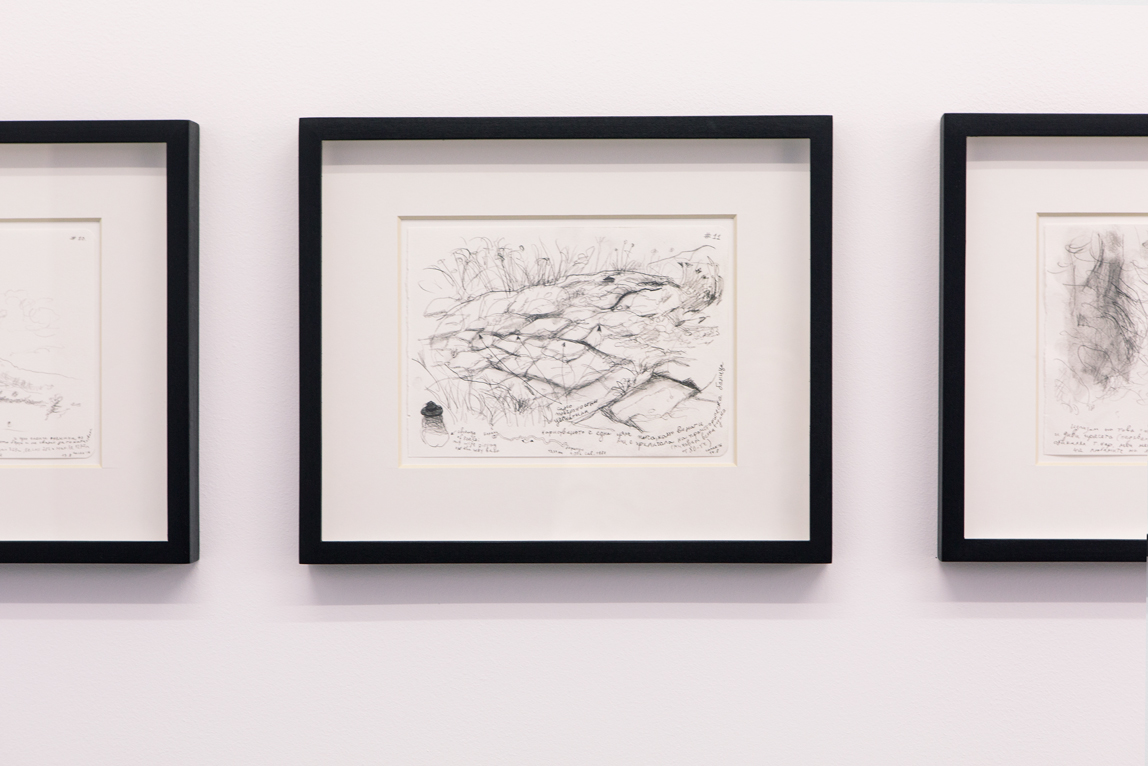 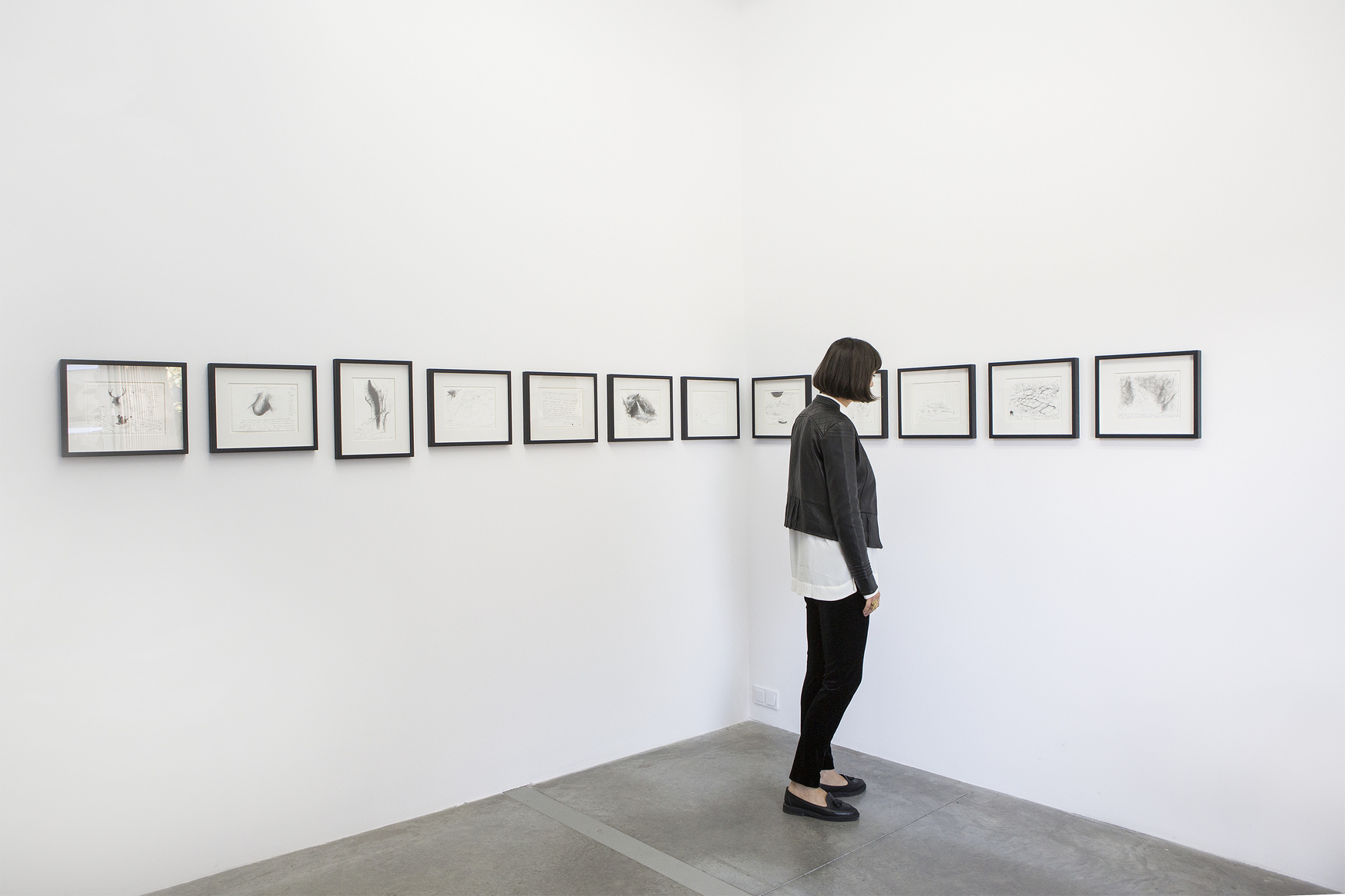 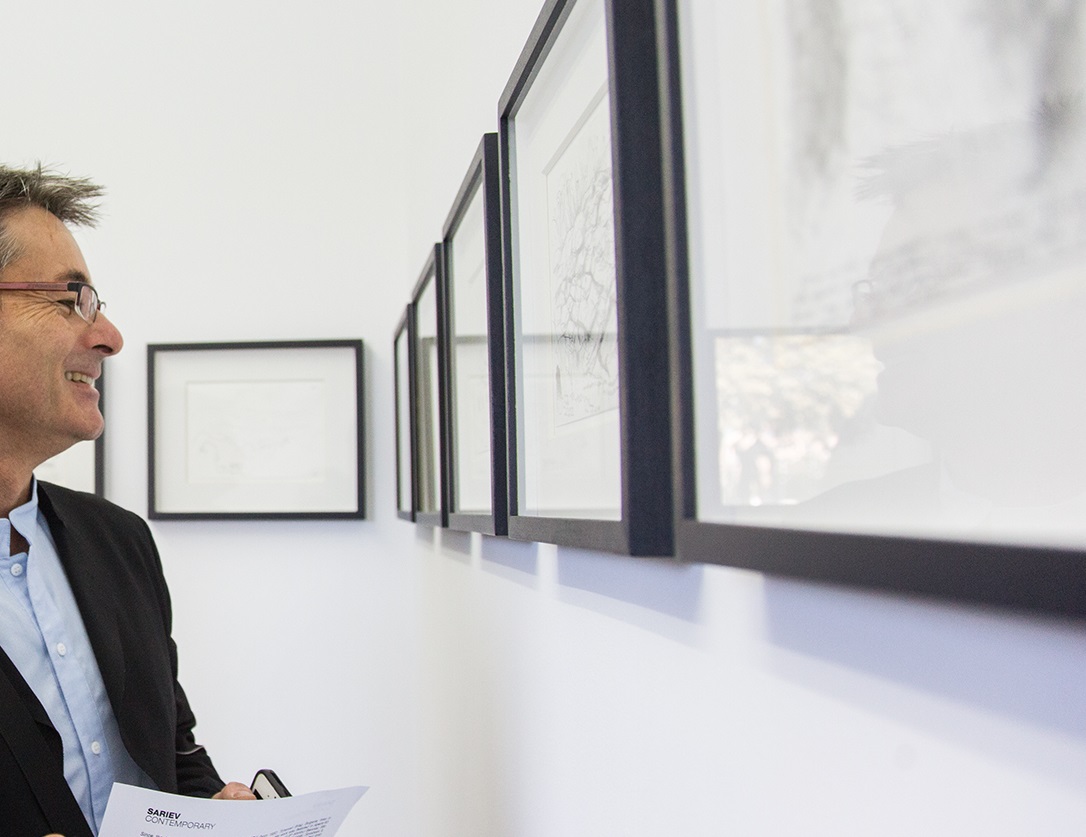 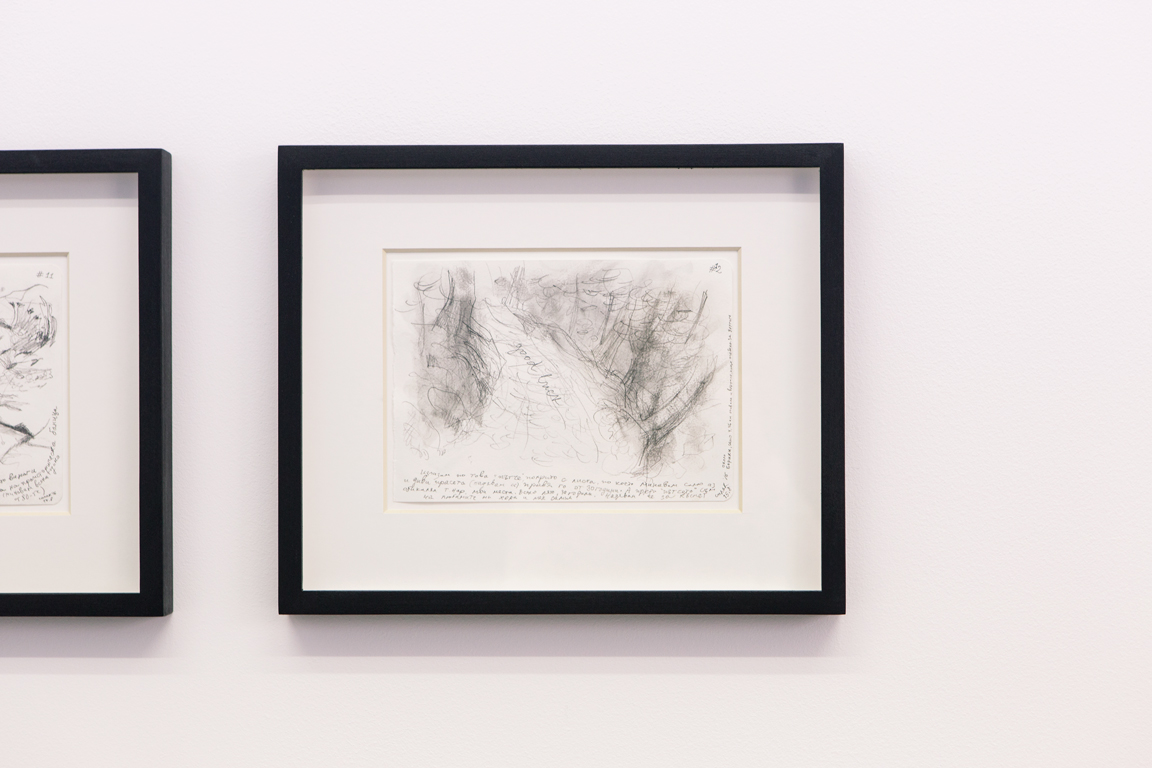 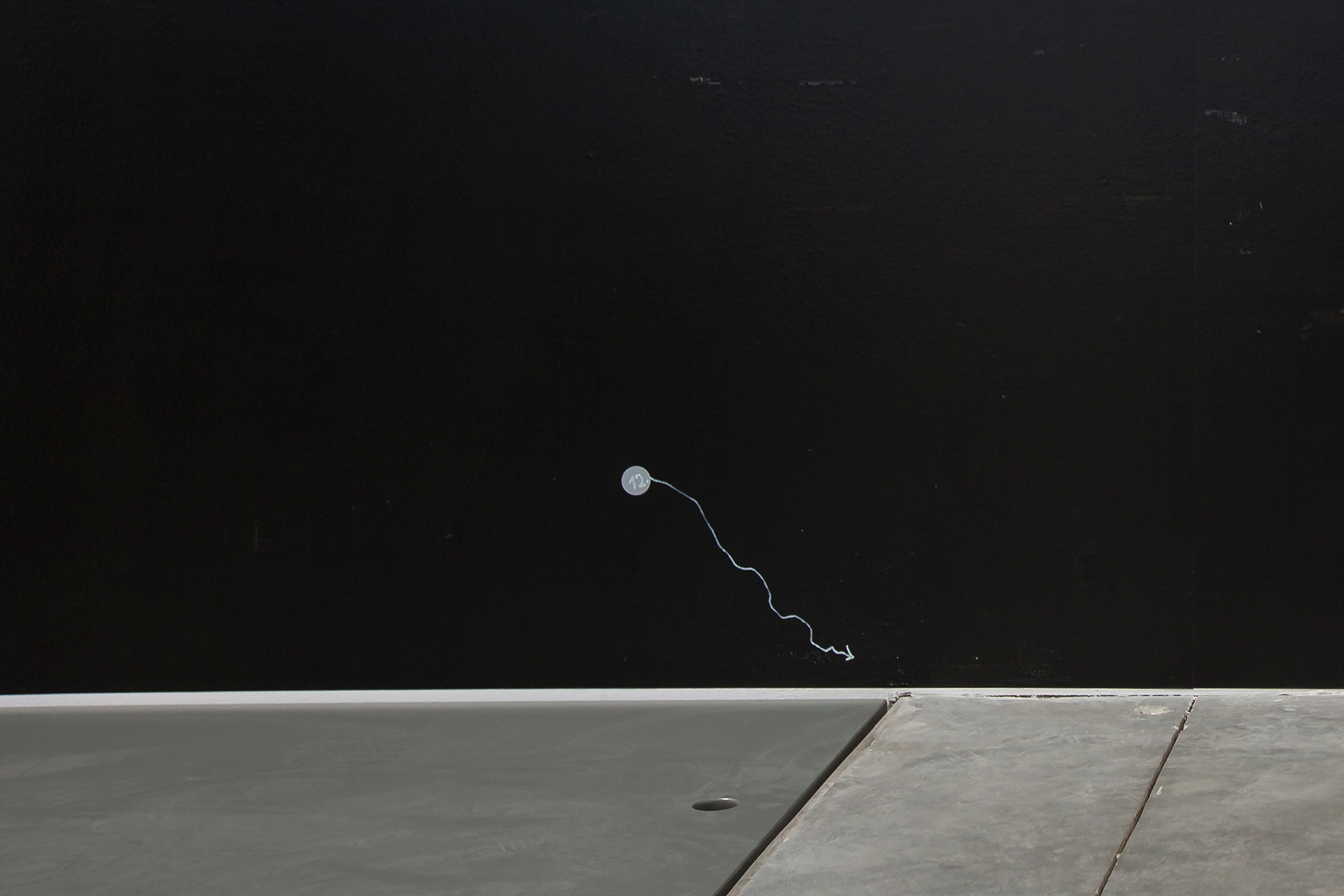 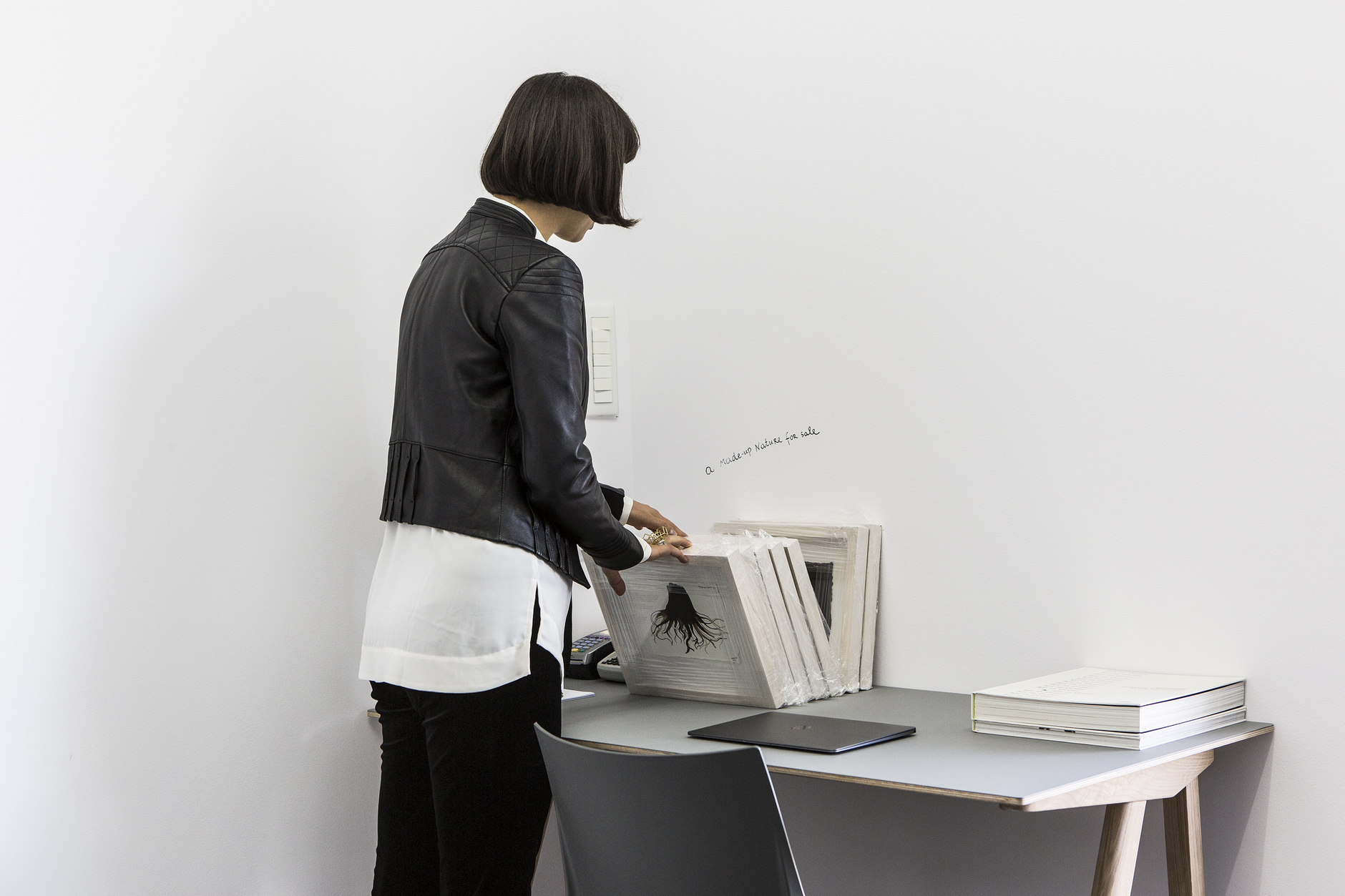 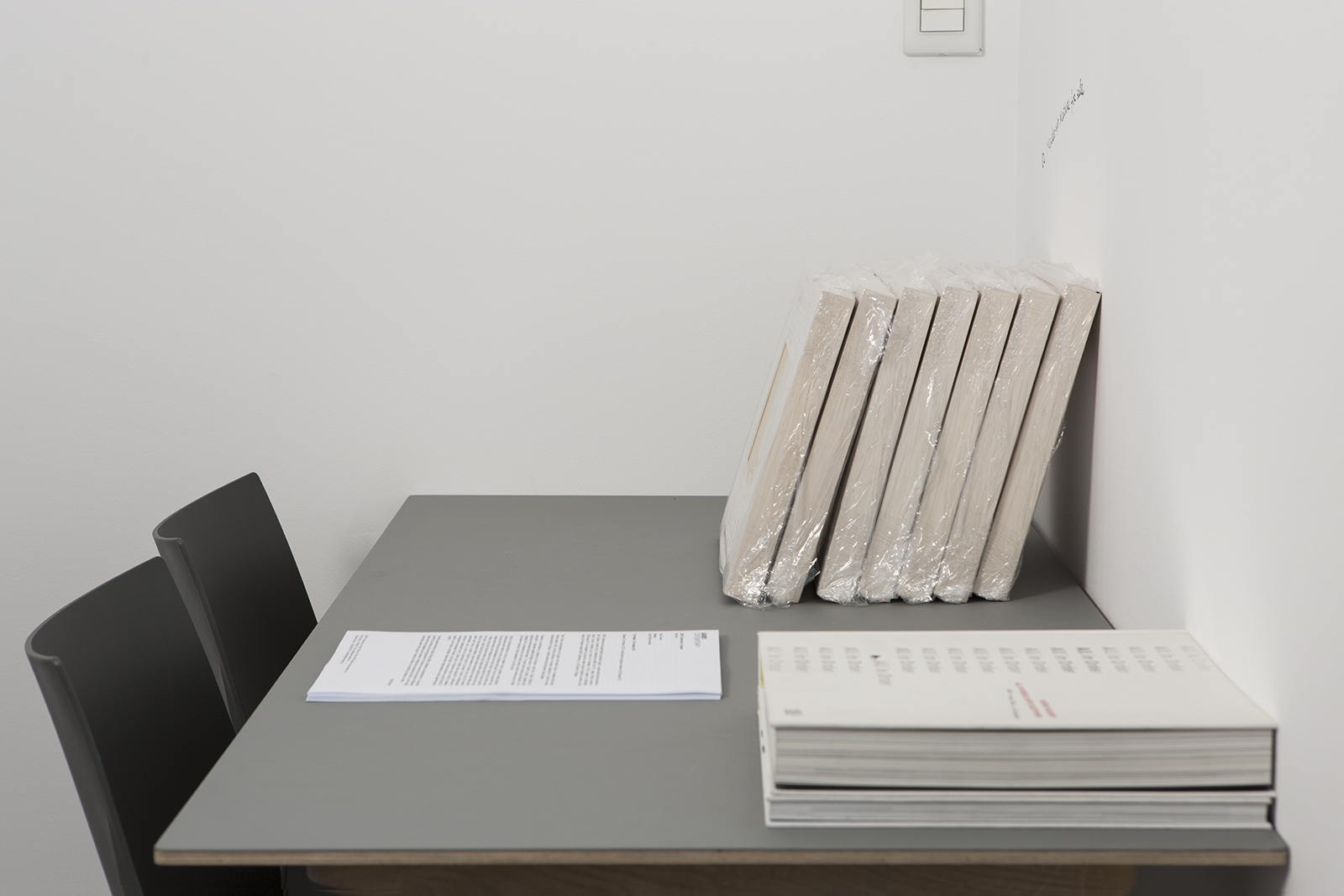