Sariev Contemporary is pleased to present the solo project by Vikenti Komitski “Commodities Unplugged", curated by Walter Seidl. The exhibition will be on view between July 12 - August 30, 2014 at SARIEV Project Space in Kapana Quarter at, 12 Hristo Dyukmedzhiev Str.

The artistic work of Vikenti Komitski revolves around everyday objects whose context and meaning are analyzed, scrutinized and transferred into a different reality. Komitski changes the nature of objets trouvés as well as of specifically chosen commodity goods that refer to the reality from which they were taken and in which they were originally used. However, Komitski's use of ready-made principles is not only applied to objects but also to ideas. Sometimes the content of his work aims to create a critical view over the creation of an object itself, while other times it does not.

Komitiski’s specific working strategy makes him often use the materials at hand, recycling them and creating minimalistic objects that alter the context of the original material. The mix of materials, which may differ from one another in terms of their cultural coding, is evident in many of the pieces that are bereft of any practical use; these Komitski juxtaposes in order to create new artistic objects.

Komitski takes everyday objects and unplugs them from their original context. Like in rock music, when musicians play without electrical instruments, some parts of the original remain while others are altered.

One of the central installations at Sariev Contemporary is a water-pumping device, which reverses the logic of the objects in use. A generator pumps water through a hose into a rubber boot hanging from the ceiling. The boot operates as a showerhead letting the water sprinkle through its soles. Hence, the artist reverses the logic of the rubber boot to protect feet from water and instead turns it into a permeable device that questions the traditional use of objects. On the other hand, a traditional phone book takes the function of a bookshelf. Here, Komitski refers to the outdated use of heavy phone books, which are no longer in use due to Internet devices and apps, which do not require physical means of information. Hence, the phone book as an obsolete item becomes a shelf onto which books can be placed that were once in use but might never be read again.

On two occasions, the artist plays with the notion of shapes of gimmicks or industrial goods and manipulates them with an ironical twist. A white plastic ghost mask obtains a black hood with a red pom-pom, which turns it into an evil figure similar to horror movies, where doll creatures signify the evil forces. At the same time, notions of Edward Munch’s “The Scream” come into play. On the other hand, Komitski uses a hygienic plastic mat put into urinals to protect users from the smell. However, the artist frames it and turns it into a ready-made art object reminiscent of R. Mutt.

Another element of this work is a printout of the original photo of the R. Mutt fountain, with the urinal cut out and the white space left empty. The connection to the mask is purely visual, the mask reminds of the urinal, but is taken from the 1996 movie “The Scream.” Hence, the works also make reference to Beuys’ message from 1964: “The Silence of Marcel Duchamp is Overrated.”

A new moment in the artist’s oeuvre form collages, which take everyday urban and architectural situations that are sometimes placed upside down. What remains are distortions of a conventional gaze that directs viewers into a certain direction. Hence, Komitski challenges traditional notions of the gaze and tries to lead viewers to a new understanding of reality by questioning reality itself. The same goes for a collage, where cats are turned into cows or simply following the saying: “All Cats are Grey” (at night), which is also reminiscent of a song title by The Cure from 1981.

What is real and what is not has to be decided by the spectator. There is no right or wrong, the only thing that matters is the viewpoint on conventional matters, which are bereft of any morals and thus cannot be perceived in a unilateral way.


Walter Seidl was born in 1973 in Graz, Austria. He lives in Vienna. He studied in Austria, France, and the US, obtaining a PhD in Contemporary Cultural History. Seidl is a curator, critic and artist. Since 2005 he has been in charge of the art collection of the Erste Group and ERSTE Foundation, Vienna. He writes for international art magazines such as Camera Austria (Austria), contemporary (UK), springerin (Austria) and Život umjetnosti (Hungary). His curatorial work has included projects in Europe, North America, Asia and South Africa. Since 2000, he has worked intensively with the Bulgarian art scene, curating the following exhibitions: “Looming Up, Contemporary Art from Bulgaria,” Kunsthalle Exnergasse, Vienna (2001); “Kontakt Sofia,” co-curator: Maria Vassileva, City Art Gallery, Sofia, (2011); “Urban Territories,” 0gms Gallery, Sofia (2012), and “Boris Missirkov & Georgi Bogdanov: Portraits,” Sofia City Gallery (2013).

10 p.m.
After Party and DJ set by the artist Vikenti Komitski and the curator Walter Seidl, in Gramophone Club, Plovdiv. For more information about the party, please follow us on Facebook.


-
SARIEV Project Space is part of the initiative Kapana Creative District organized by the Plovdiv 2019 Municipal Foundation and supports Plovdiv's bid for European Capital of Culture 2019. 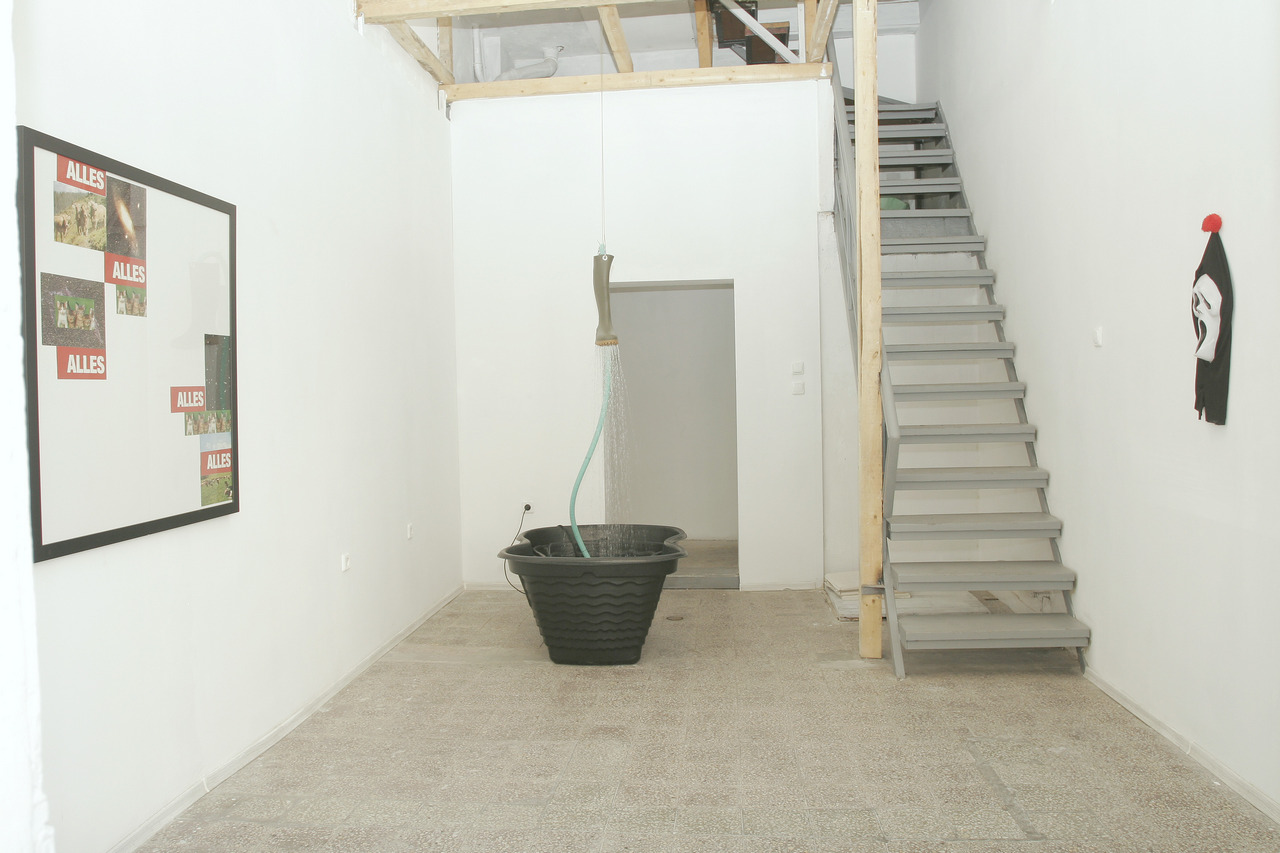 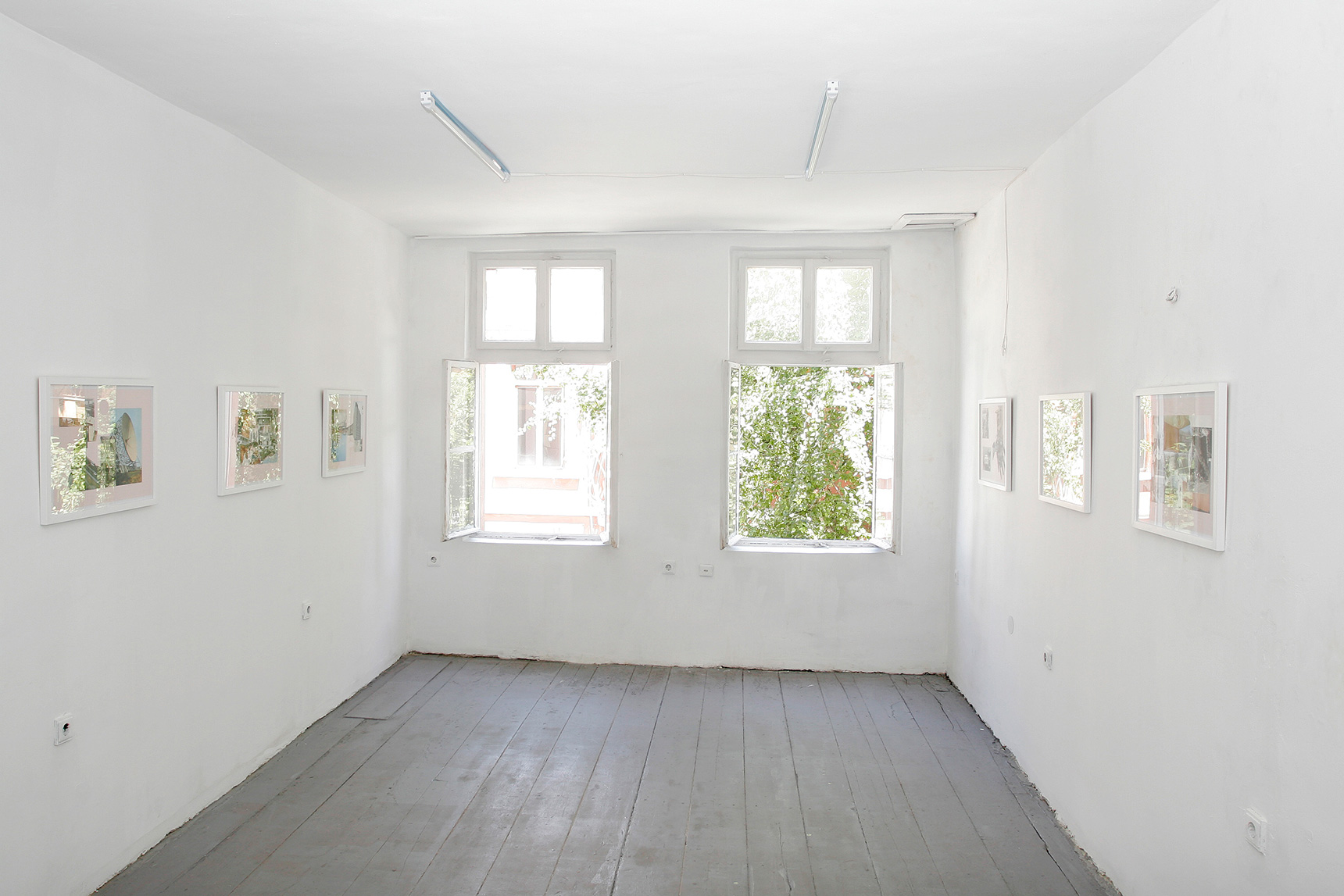 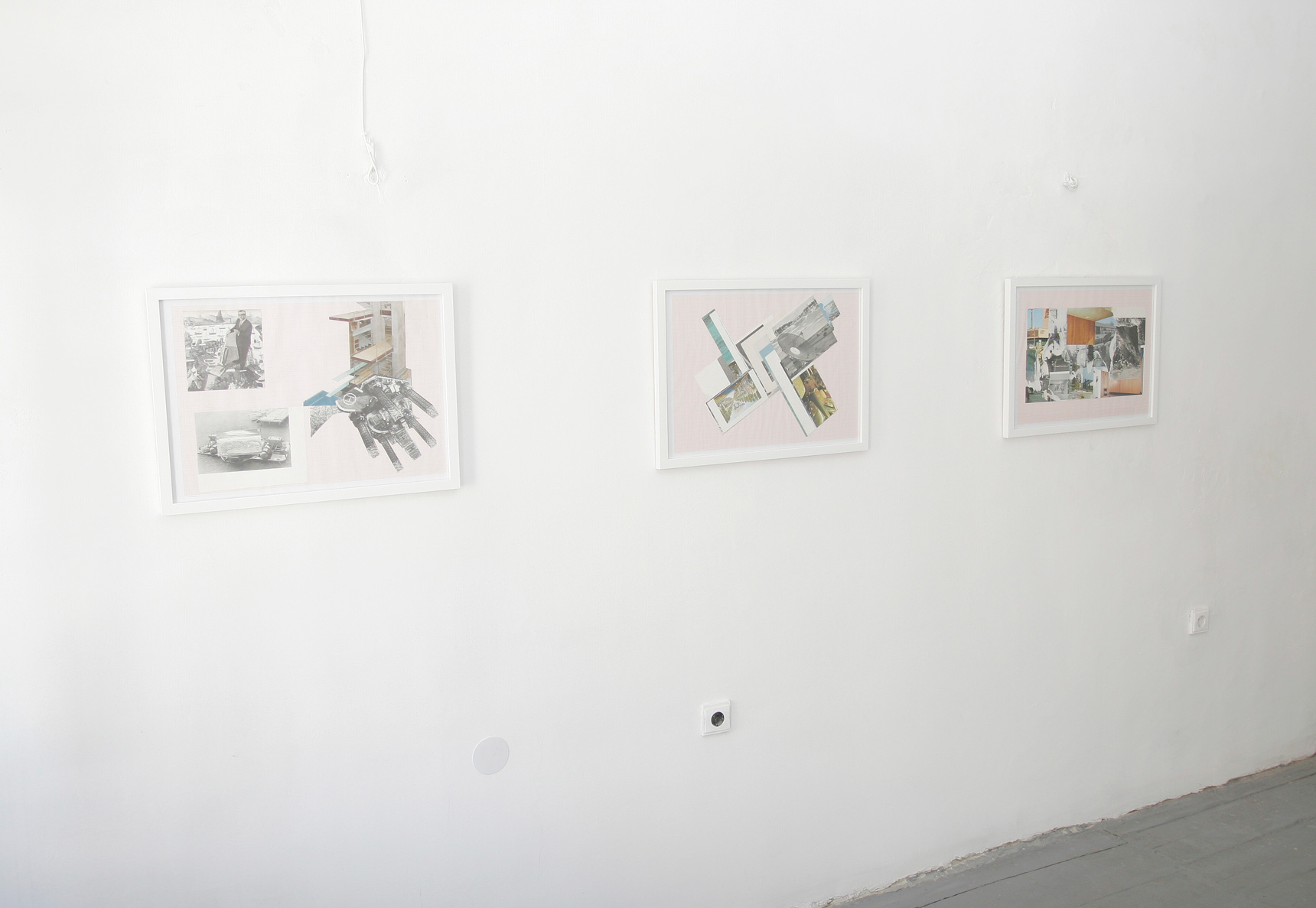 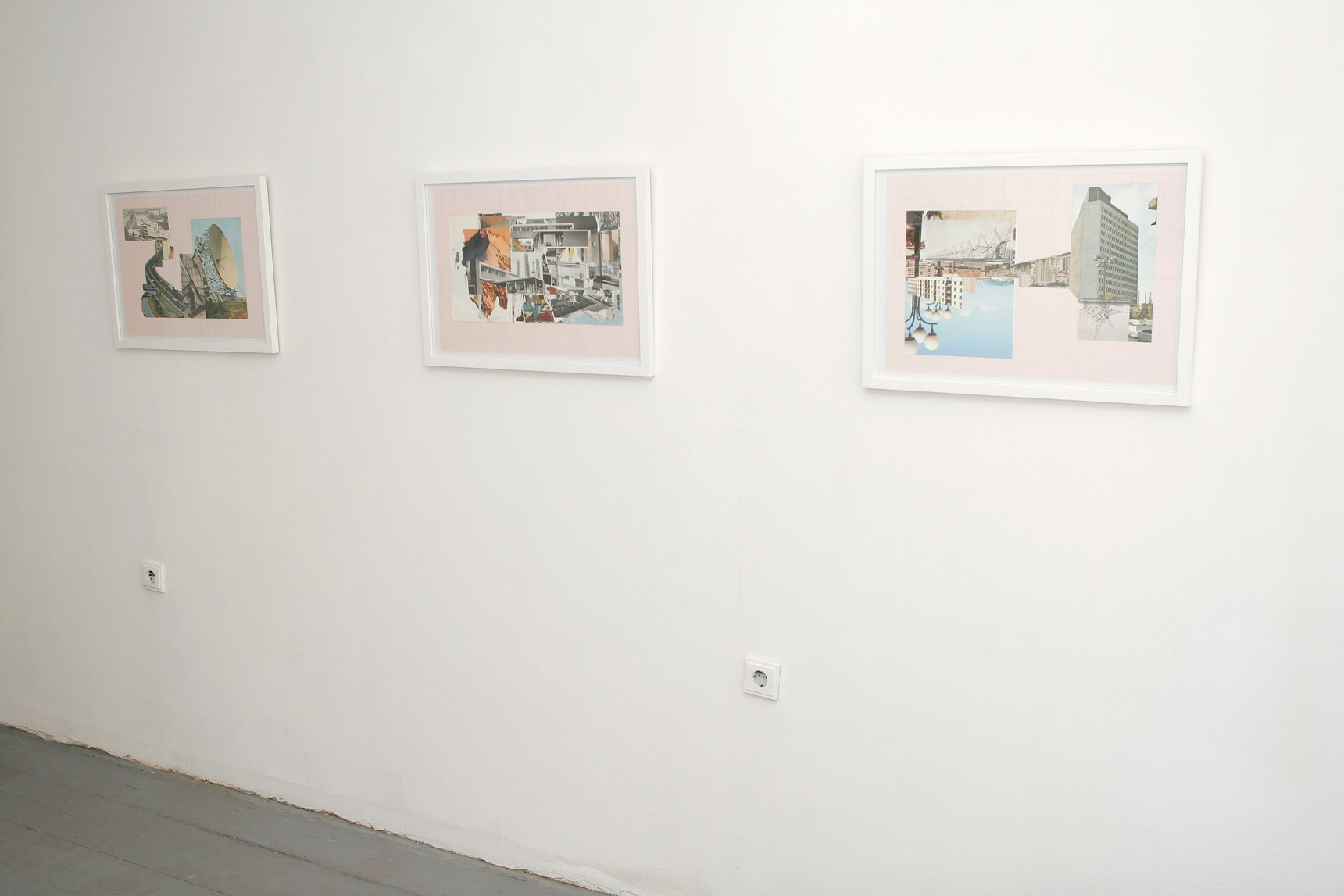 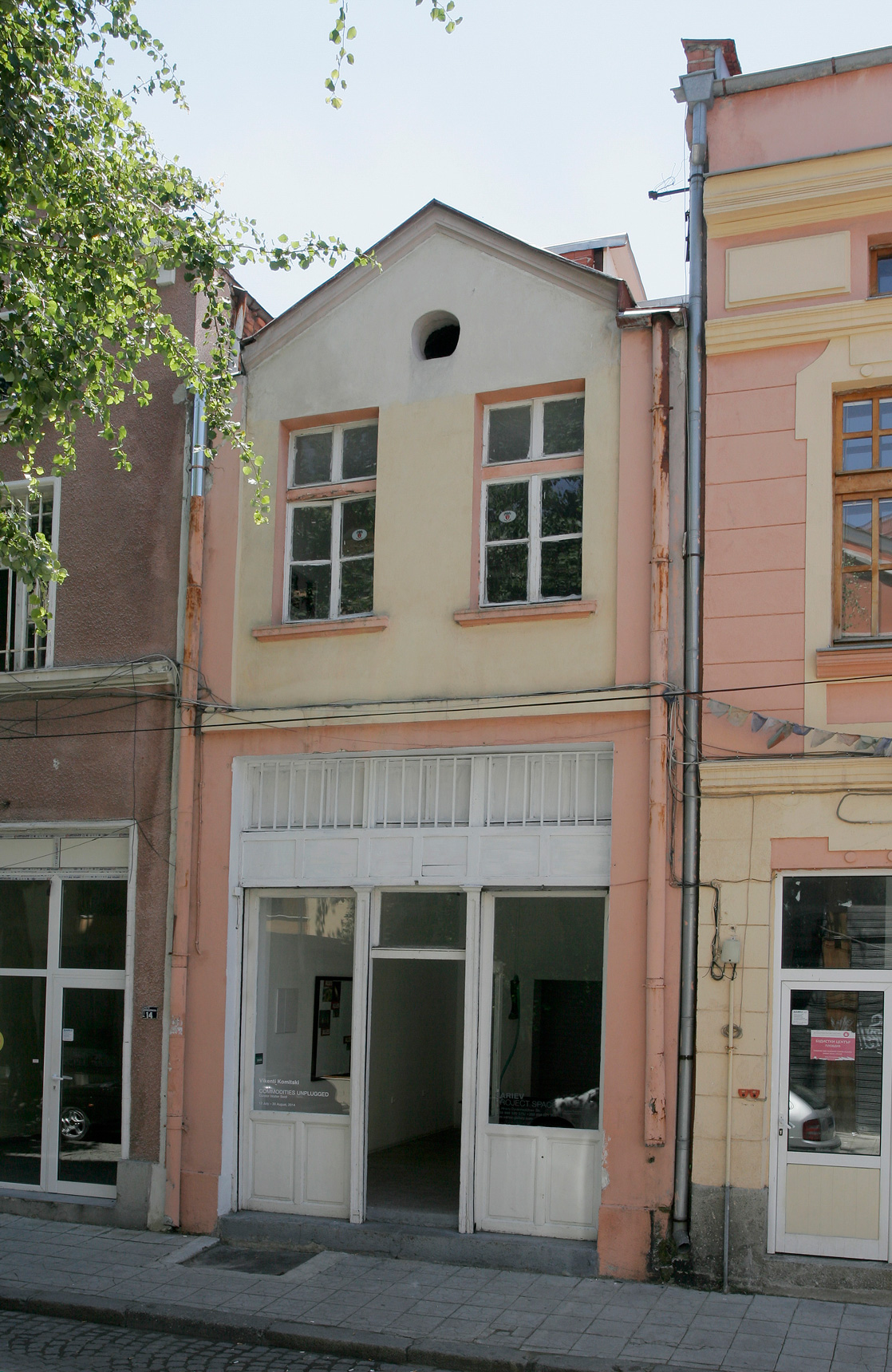