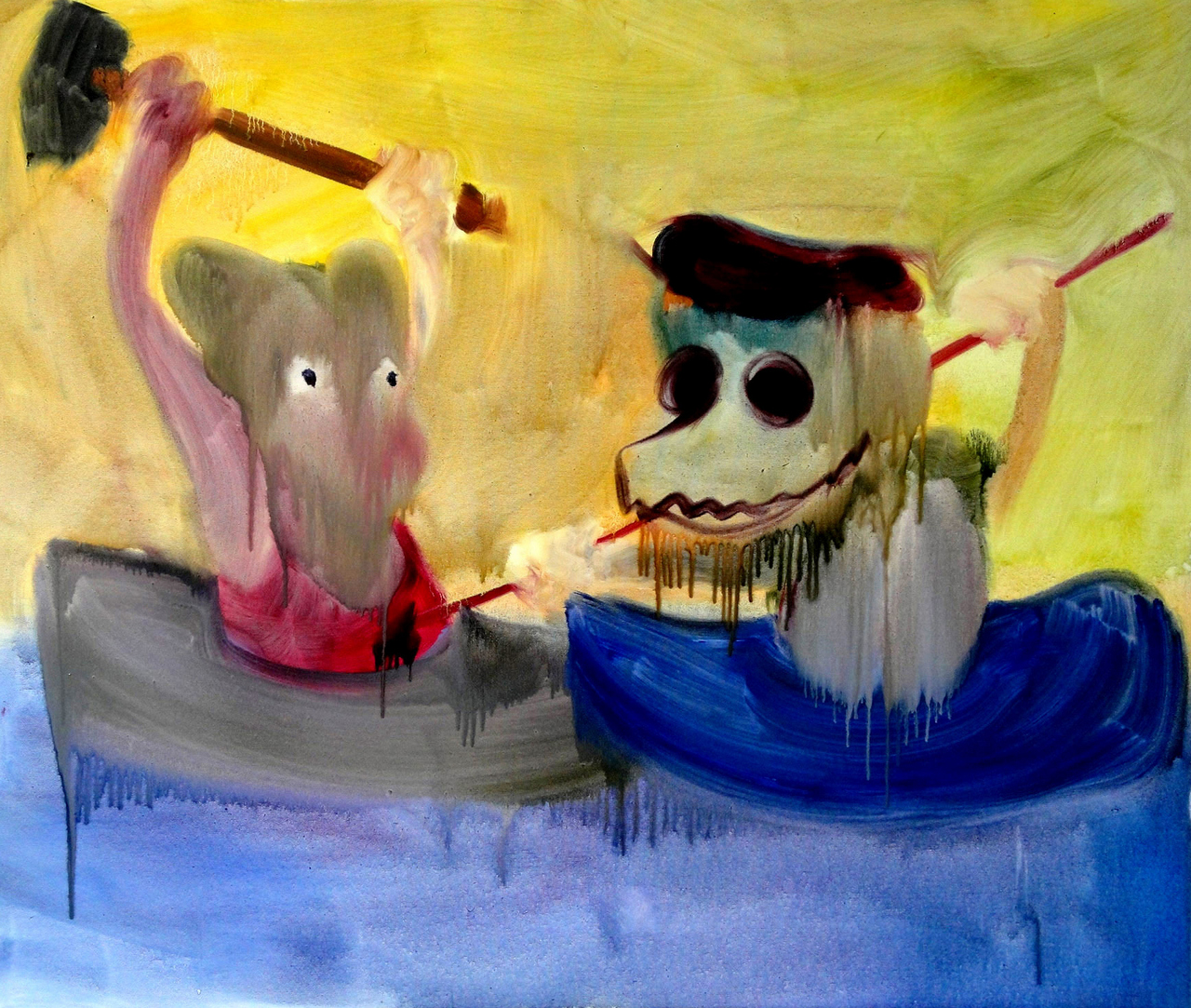 A Sunny Day: Sandpaper on One’s Back

Valio Tchenkov left Bulgaria in 1990 to continue his education at the Academy of Fine Arts in Munich. He was 24 and open to anything. He quickly became aware of the market forces driving the Western art world, which sobered him. He is now well used to the staunch pragmatism of the West. For him, unconditional artistic freedom comes first.

He describes his artistic approach as follows: “I take notes about events that have never happened, allowing myself to be influenced by insignificant motives. I start painting thinking I know where I am headed. But if I have no luck, I complete the job too quickly, and disappointment inevitably settles in. Then the real work begins. I start all over. If I am lucky, my painting emancipates itself from the initial intent and the figures are integrated into or assimilated by what has already happened in it. Bits of it mutate. Everything is beyond my control. I feel as if I am driving on a highway: I speed up, there are no rules… suddenly there is a sharp turn, but I go straight ahead anyway, speed up even more, and, lo and behold, I find myself in the ditch.”

Two other ways in which Valio Tchenkov describes his work are that it is a meeting place for coincidences and a struggle against perfectionism. German critic Annegret Erhard notes in an article on Munich-based artists (Weltkunst magazine, 2013) that Tchenkov handles coincidences very well. “He is also technically very skilled, which is crucial to the survival of painting in times when it has been declared dead.” She adds that he is mixes in substantial doses of skepticism and reflection, without making a claim to genius. “There are things that cannot be painted and things that must be painted,” says Tchenkov, “… there is no real point in painting anyway, so you might as well do what you must”.

“A Sunny Day: Sandpaper on One’s Back” at SARIEV Contemporary includes paintings and drawings created in 2013 and 2014.


Valio Tchenkov was born 1966 in Svishtov, Bulgaria. He lives and works in Munich, Germany and Oresh, Bulgaria. He studied at the Academy of Fine Arts in Sofia and the Akademie der Bildenden Kuenste, Munich. Tchenkov has participated in various exhibitions such as “Poesie Summer Watou”, Belgium, curated by Jan Hoet; ”Fuori Uso”, Pescara, Italy, curated by Agnes Kohlmeyer; “Sweet Case Eluminated”, MAC/VAL Museum Paris, curated by Katia Angelova (a.o.); and ”Conviction”, Dafen Art Museum, China, curated by Wenie Wong (a.o.). In Bulgaria, he has been nominated for the M-tel Unlimited Contemporary Bulgarian Art Award (2011) and participated in the exhibition “Why Duchamp? From Object to Museum and Back (125 years)”, curated by Maria Vassileva (SAMCA, 2012). His first solo exhibition in Bulgaria, “...in a trice and for a while...”, was shown at Sariev Contemporary in 2012. Besides painting, he attends the Roma Pickpocketing Academy to learn how to survive under difficult circumstances. 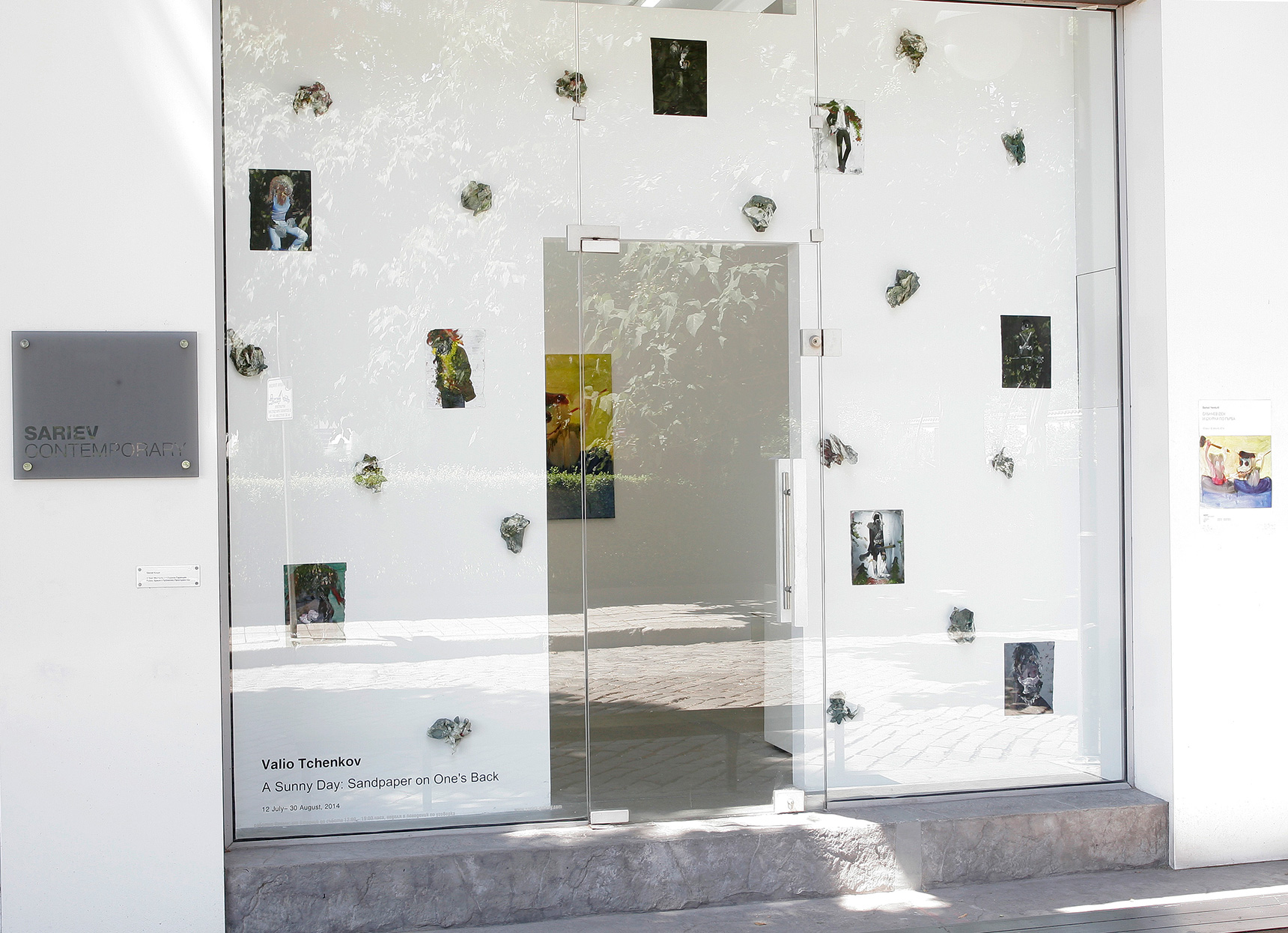 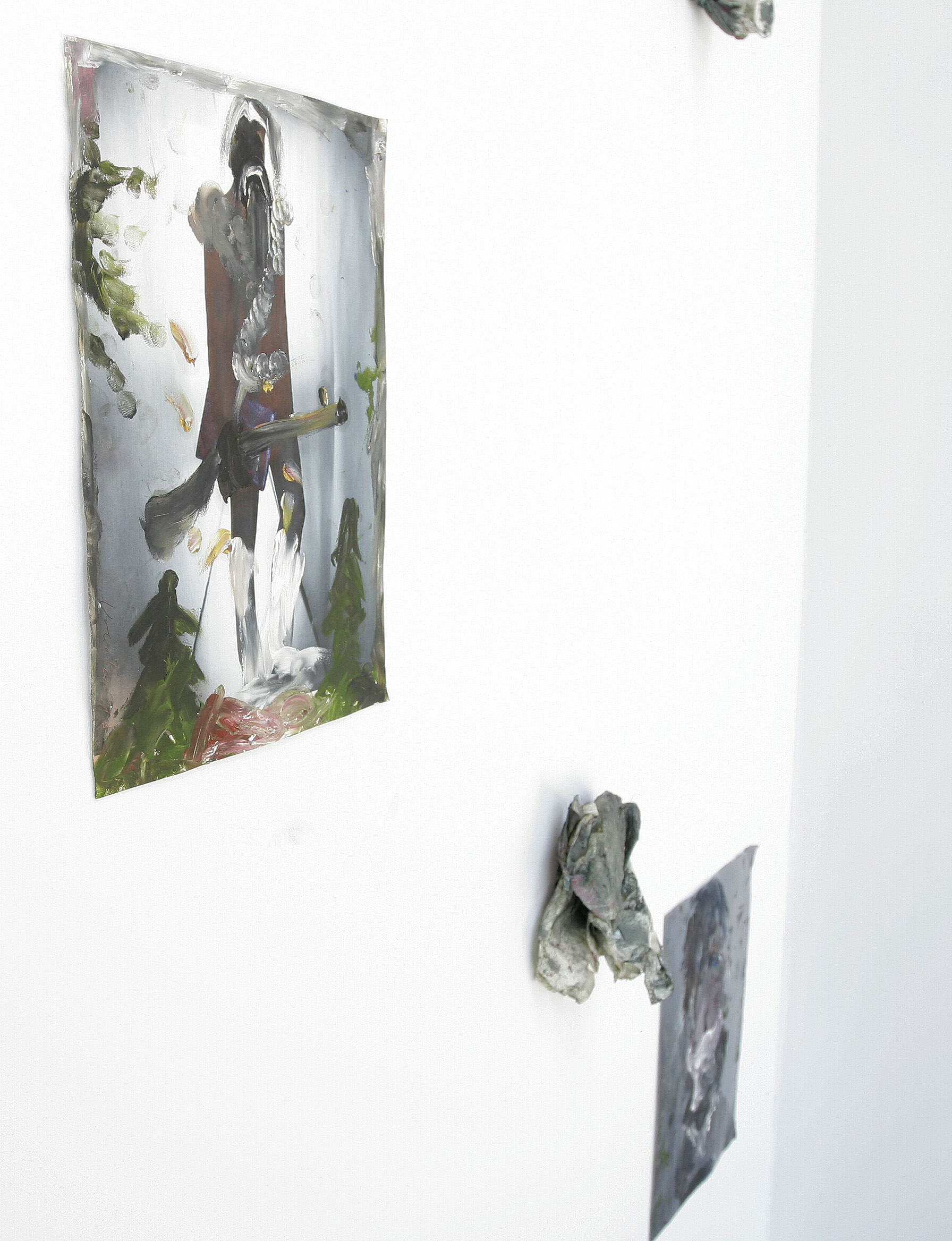 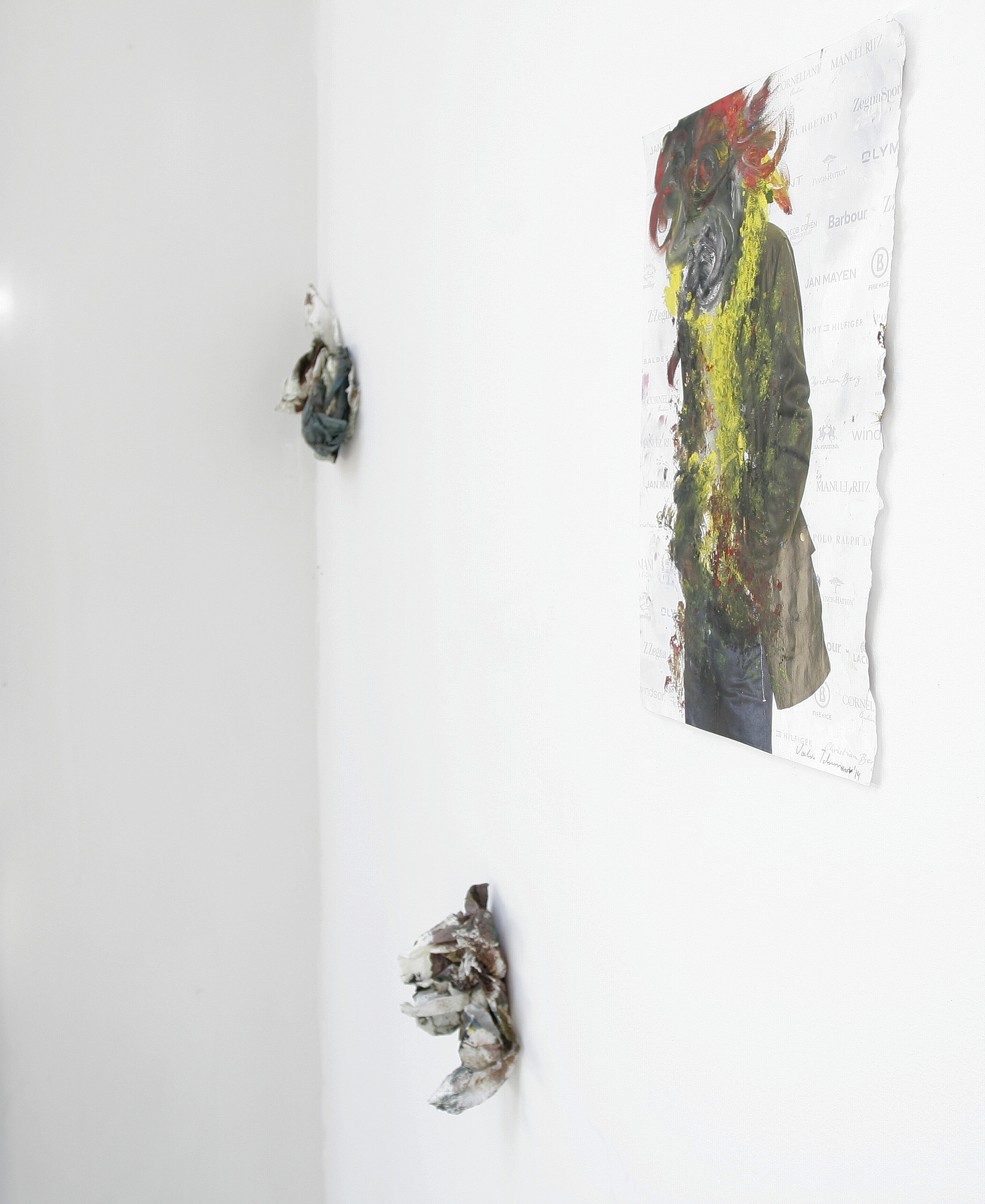 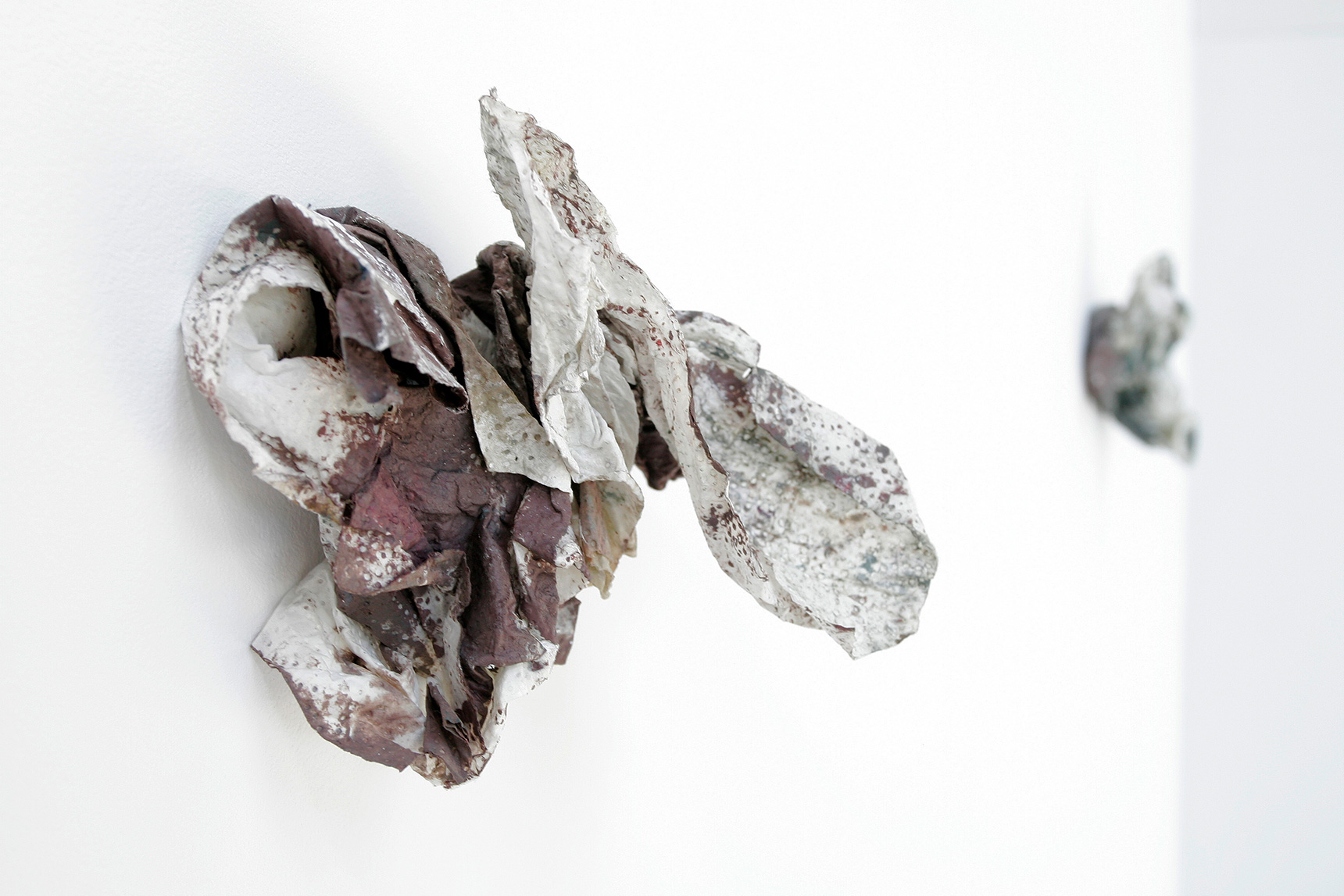 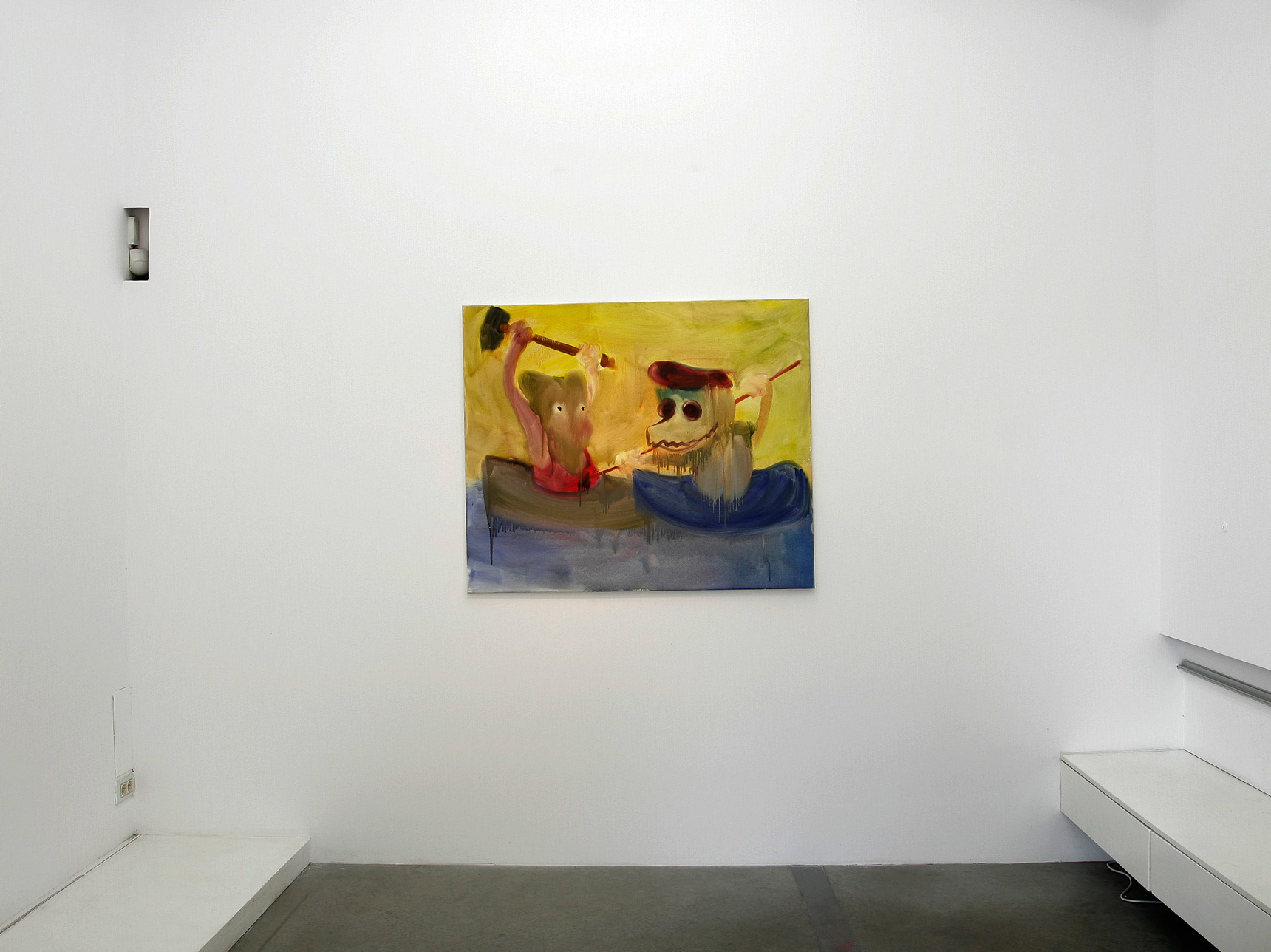 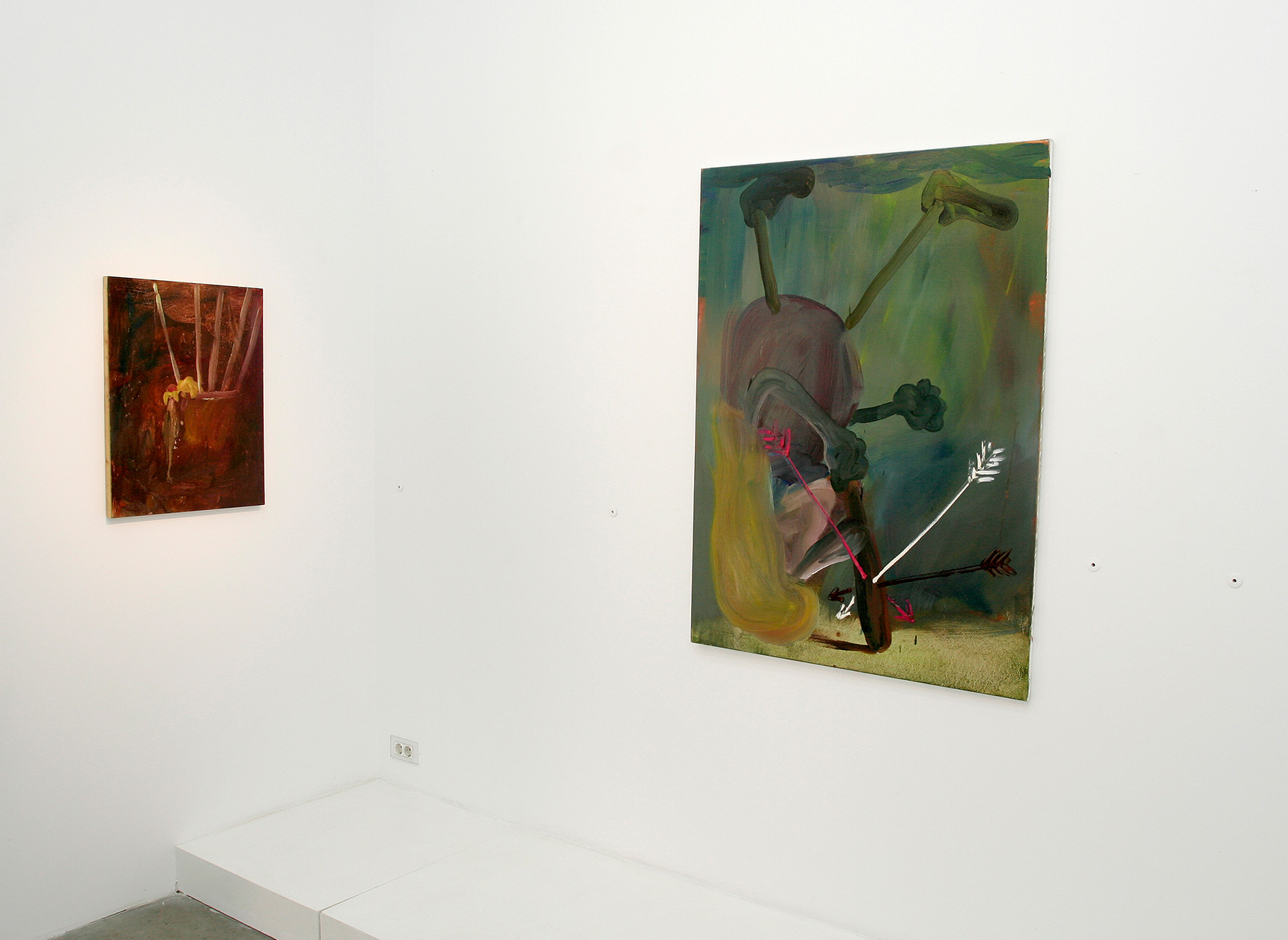 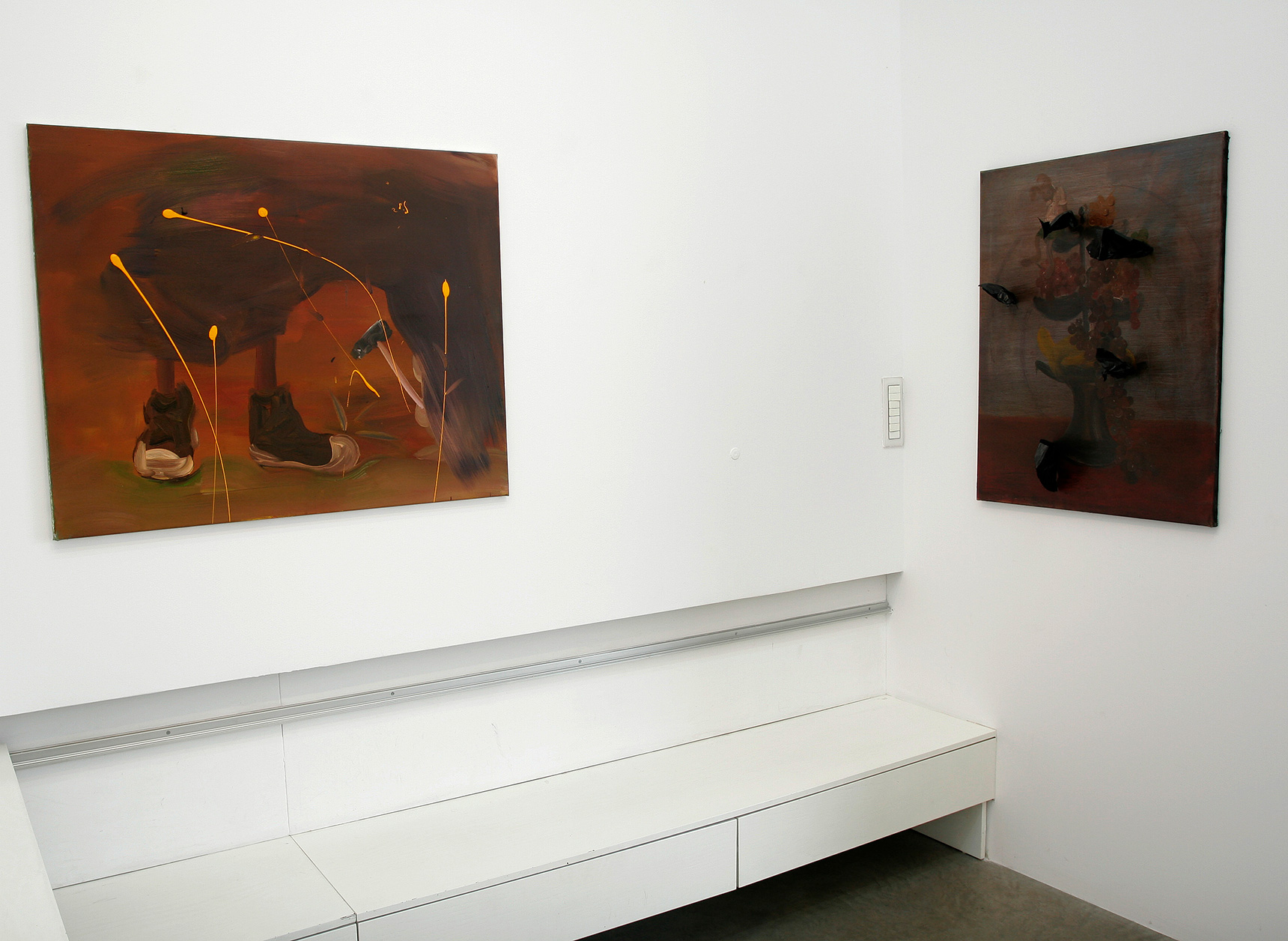