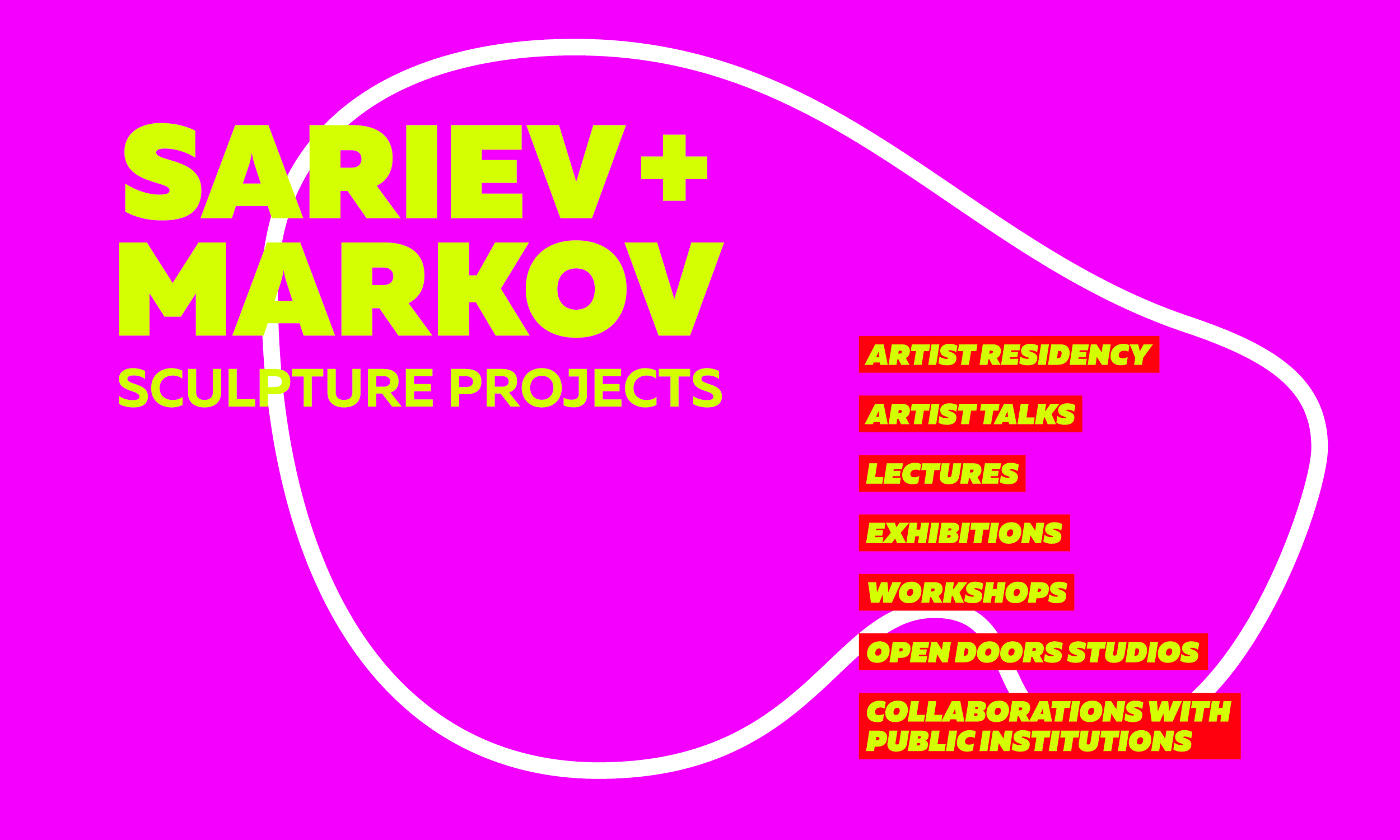 We are happy to announce the second edition of Sariev + Markov sculpture projects - Fall 2019!

Sariev+Markov sculpture projects is a joint initiative of gallery Sariev Contemporary and Markovstudio, which aims, through various activities (residency, educational module consisting of artist talks and lectures, workshops, open doors studio, as well as exhibitions and collaborations with public institutions) to establish a field for creating and presenting sculptural projects for the public space, as well as an environment for discussion and development of such projects, in Bulgaria and abroad.

The first edition of the project was realized in February-March 2019 in Sofia, and the first resident artist was the French-Portuguese artist Wilfrid Almendra, selected for participation by Daria de Beauvais, Senior Curator, Palais de Tokyo, who visited Bulgaria at invitation of Sariev Gallery and gave a public lecture. As well as that, a public conversation with Wilfrid Almendra and a professional workshop for students and young artists led by him took place during the residency, and in June his project for sculpture in public space, created during the residency, was presented at Vaska Emanouilova Gallery. In September and October the completed sculpture will be exhibited at Vrana Park Museum, Sofia.

The second edition of the project will take place in Plovdiv in September and will feature the American artist L, whose exhibitions and projects have been presented at museum institutions and galleries in the USA and Europe, including Getty Museum, Nicodim Gallery, Los Angeles + Bucharest, Utah Museum of Contemporary Art, Salt Lake City. L was selected for participation by the Los Angeles-based curator, anthropologist and founding curator of Sariev + Markov sculpture projects Aaron Moulton, who has been creative director for Gagosian, Venus, Nicodim galleries in Los Angeles, the Utah Museum of Contemporary Art and FEINOKST, Berlin.

The project is created in the frames of Sariev+Markov sculpture projects for Night/Plovdiv 2019 (13, 14 and 15 September), organized by Open Arts Foundation. The project is supported by American Embassy in Bulgaria and Arts Envoy.

More about the first edition of the initiative here 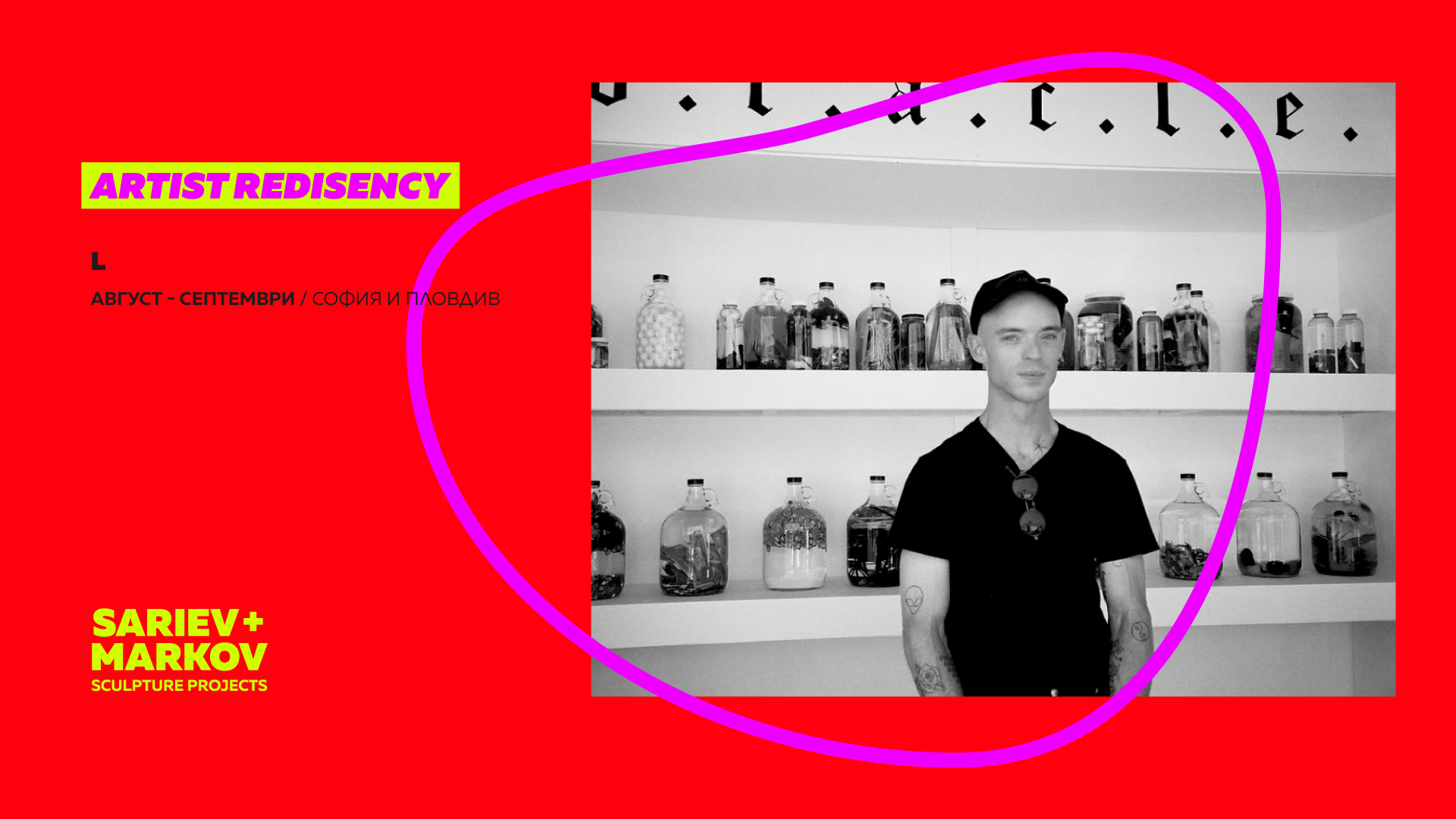 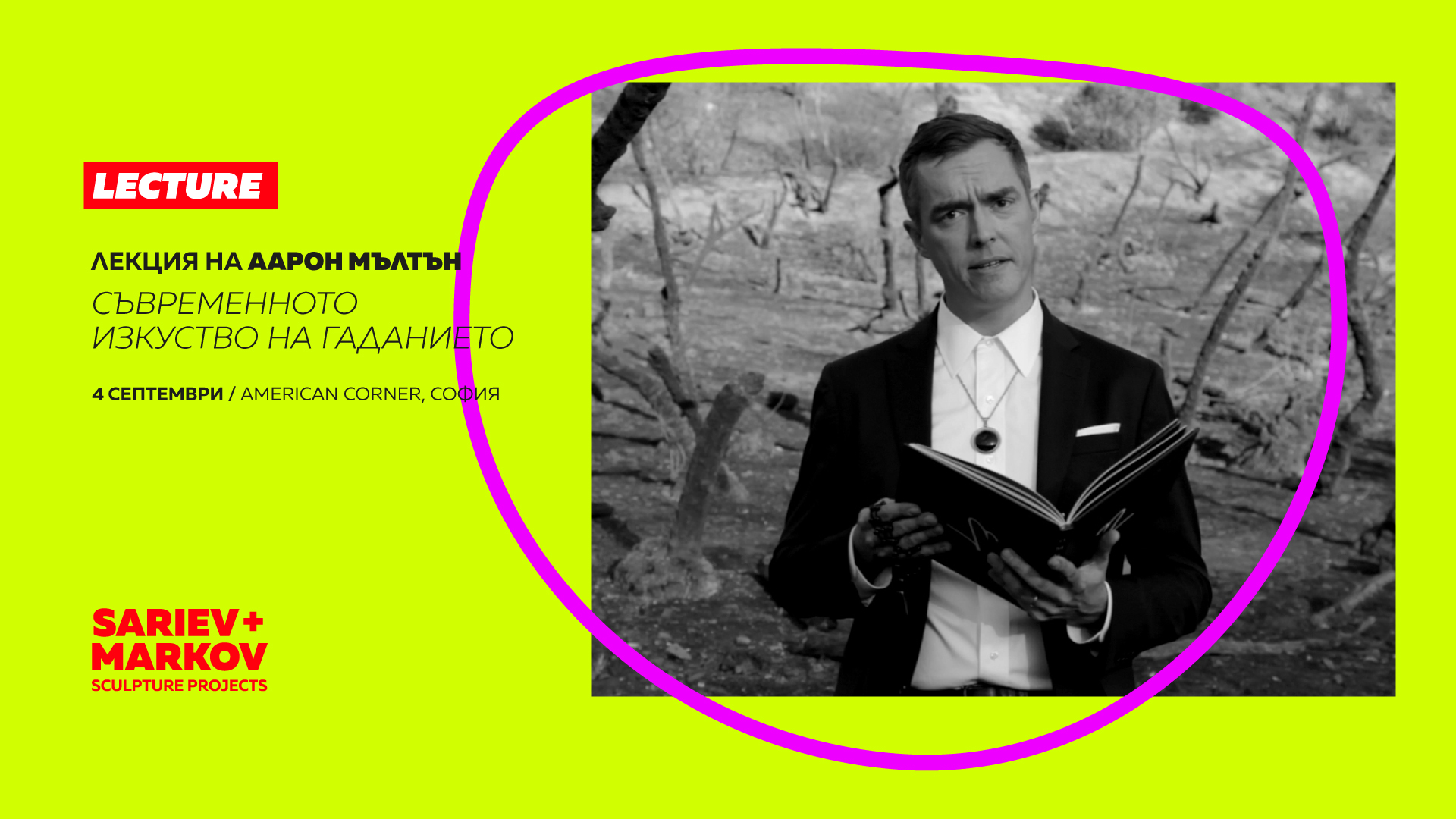 The Contemporary Art of Divination
Lecture by Aaron Moulton, Curator and Anthropologist, LA

Curator and Anthropologist Aaron Moulton has spent the past decade invested in the purposing of art and context to understand different notions of spiritual awakening. In 2015 his research officially became a life-changing journey with the exhibition AMERICANAESOTERICA which occurred on September 11th in Plovdiv. His efforts have since resulted in various uses of the art context to exorcize and explore spiritual, energetic, pseudoscientific and conspiratorial phenomena latent within cultural language. For this talk he will discuss energetic moments of naming and misnaming that result in magical thinking and the triggers to reveal non-ordinary realities.

-
Aaron Moulton is based in Los Angeles and a founding curator for the Sariev+Markov sculpture projects. He has been the creative director for Gagosian, Venus, Nicodim (all Los Angeles), the Utah Museum of Contemporary Art and FEINOKST, Berlin. His practice uses a unique anthropological method to perform experiments in perception that reveal cultural truths. His work mediating the visual cultures and conditions of New Age communities, the Occult and pseudoscience has created a tactical use of context that has offered new insights into avant-gardes, energy systems, and the power of the placebo effect. His current research is exploring the holistic power of revelation found in disinformation campaigns, folklore and magical thinking.

A.S.T.R.A.L.O.R.A.C.L.E.S, an open source community dedicated to the full frequency alignment of astral and terrestrial body, will transform the Plovdiv Roman Stadium into a temple for channeling eleven dimensions of the pluralverse in a ritual utilizing their ceremonial objects, embroidered ritual vestments, and frequency aligned scents and elixirs. The ritual will activate the senses in order to create alignment for the oracles and visitors to achieve a collective state of oneness. The oracles will divine messages from beings of their dimensions and transmit them to all who are in attendance.

In a public conversation, curator Aaron Moulton and Oracle L will discuss the history and practice of A.S.T.R.A.L.O.R.A.C.L.E.S and its mission in Bulgaria, including the ritual they organized on the previous evening. They will also share a film they created that highlights the open-source organization's activities over the past two years.