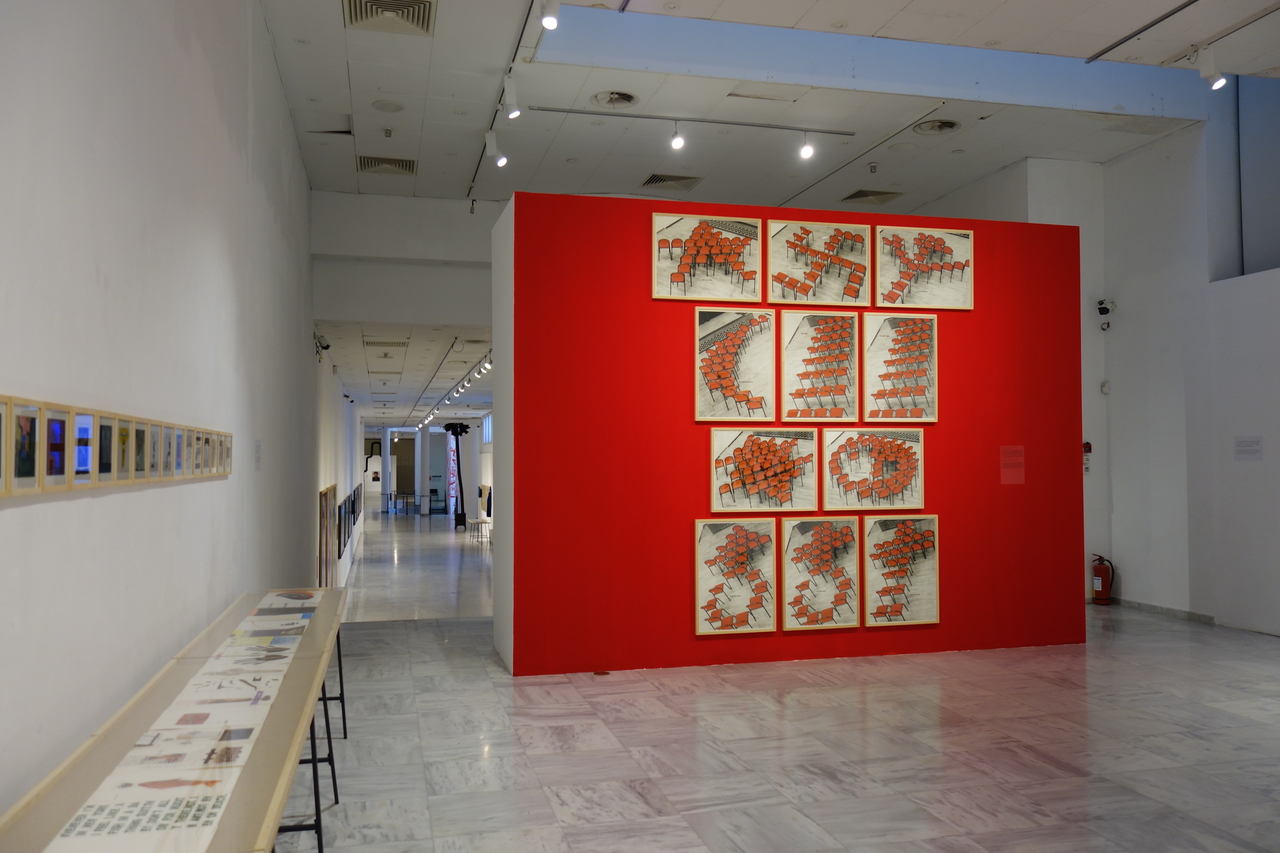 Sariev Gallery is pleased to share with you the latest news around our represented artist Luchezar Boyadjiev.

On June 30, 2020, Luchezar Boyadjiev opened his retrospective exhibition at MOMus-Contemporary in Thessaloniki in the situation of a world gasping to get out of a pandemic. Luchezar Boyadjiev is among the most prominent artists, born and based in Bulgaria. An author with extensive international practice, he is a public figure with a clear critical stance on the Balkan and international art scene. As an artist, curator, lecturer, and a founding member of the Institute of Contemporary Art in Sofia, he contributes to establishing new definitions of art and practice, to new discourses and to the emancipation of a younger generation of artists in his home country.

The first museum show of the artist in Greece manifests nearly 30 years of creative practice, while featuring works from the early 1990s until the present. After postponement caused by the pandemic, completely new works created in isolation were added to the exhibition. Among the works presented across the vast, sprawling two floors of the MOMus-Museum of Contemporary Art in Thessaloniki, Greece are essential and rarely exhibited works from various collections, those earliest works created in the chaotic times of euphoria and hopes for change following the 1989 fall of the Berlin Wall. Many were exhibited in major international exhibitions, by now awarded a historic aura, such as: Beyond Belief: Contemporary Art from East Central Europe(1995-97) at the MCA in Chicago and the ICA in Philadelphia; After the Wall: Art and Culture in Post-Communist Europe(1999-2000) in Stockholm’s Moderna Museet, Berlin’s Hamburger Bahnhof, and Budapest’s Ludwig Museum; Blood & Honey / Future’s in the Balkans(2003) in Vienna, among many other shows that marked historical events and stages in the recognition of the Otherin art. Over the years, Luchezar Boyadjiev has participated in numerous biennials, group exhibitions, conferences and residencies spanning from Sao Paulo to Gwangju, and from Santa Fe to Singapore, as well as most everywhere in Europe. His works are part of museum, corporate and private collections worldwide.

Luchezar Boyadjiev’s oeuvre represents an intense, richly humorous, knowledgeable and critical visual study of the present, of the world of images and of their multiple connections, which the artist reevaluates and rebuilds. His practice is based on extensive knowledge of Bulgarian and world history, culture and art as well as of the current concerns with modernity, post-colonial reality, and ecological engagement. The artist is dedicated to the reorganization of social, ideological and religious power hierarchies, to the shifts in values and to a study of the relations between personal and public space, global and local territories, to the search for points of intersection of capitalism and democracy, consumerism and new lifestyle patterns. The works merge the vectors of the past and the future into the flavor of the present.

Luchezar Boyadjiev is one of the first in his generation of artists that have put down the foundations of contemporary art in Bulgaria after the mid-80s. With background in art history and theory, Boyadjiev creates art that defies both traditional norms and the social conditions of his country; in his work the whole ambivalence of the socialist past is put in relation to global changes. His media is everything from drawings and painting, to photography, installations, video and his, by now famous (Schadenfreude) guided tours/performances in various cities, and art exhibitions.

The exhibtion is extended until 25 October, 2020