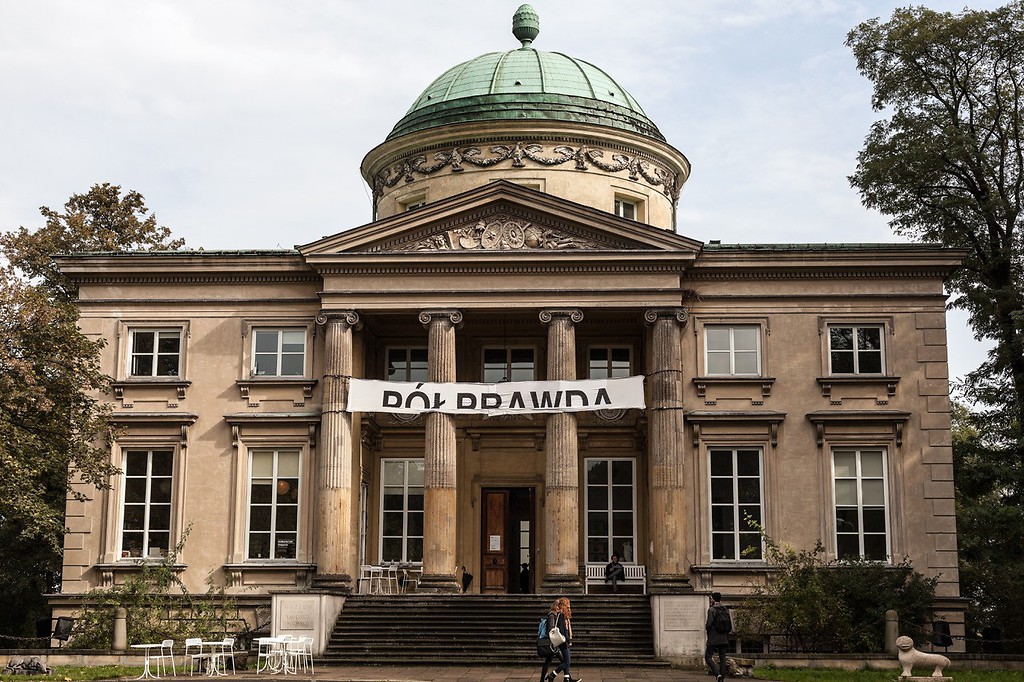 In the autumn of 2017, Sariev Contemporary's artist Pravdoliub Ivanov will participate in the group show "POLPRAWDA | HALF–TRUTH" at Museum of Sculpture – Królikarnia Palace, Warsaw, Poland. The show will present works by Central and Eastern European contemporary artists from Art Collection Telekom.

The artists partaking in the exhibition come from countries sharing the difficult history of having been under communist rule as well as the task of recovering their  national identity or shaping it anew. Over the past ten years, as more and more countries around the world are beginning to approach globalization with distrust, and the proposed remedy for these current problems is based on a return to conservative values, the differences between the East and the West are gaining new meaning.

The works of art on display in the exhibition PÓŁPRAWDA | HALF–TRUTH often refer to historical events that have taken place over the last seventy years, but also to the individual experiences of the artists, which inextricably links them to specific geographic regions. Concurrently, the works are commenting on more universal and recent issues. The exhibition adverts to topics, amongst numerous others, associated with traditional local architecture, which – in the second half of the 20th century – was driven by the aesthetics of Socialist Realism (the series of works Rosetta by the Romanian artist Ioana Nemes); the question of whether the participation of citizens in general elections does in fact have an impact on politics and on the possibility to implement real change (the work Ballot Box by the Bosnian artist Šejla Kamerić). The artists challenge the strengthening of the government’s power and question  impunity it has achieved through religious sanctioning (the work PraySway by the Eurasian collective Slavs and Tatars); or the boundaries of the freedom of expression and identity building expressed in body movement (the works Stiletto by the Turkish artist Nevin Aladağ).

The title of the exhibition comes from Pravdoliub Ivanov's work, which draws attention to the relativism of historical memory. A banner with the word “Half-Truth” written on it in Bulgarian was carried through the city of Sofia. The word, cut horizontally, thus showing only half of the letters, looked like a political slogan in a foreign language, rousing controversy among the city residents. The other part of “Half-Truth” was displayed inside of an exhibition space. Thus, allowing one piece to exist simultaneously in two spheres: the one of the art world and the one of public space. This work stems from the conviction that there are as many truths, as there are contexts. The slogan is always written in the language of the country in which it is being displayed, underlying its local frame of reference.

Art Collection Telekom was founded in 2010 by Deutsche Telekom. The collection gained recognition and an international reputation early on. In 2014 the exhibition “Fragile Sense of Hope” was shown at me Collectors Room – Stiftung Olbricht in Berlin. In 2016 “Shape of Time – Future of Nostalgia” was presented at the National Museum of Contemporary Art in Bucharest. And the Museum of Contemporary Art in Zagreb will show works from the collection from January to March 2018.