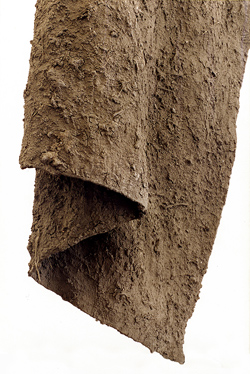 The exhibition explores real and imaginary geographies, reconstructing the odyssey of migrants through personal and collective tales of exodus.

"The Restless Earth" borrows its title from a collection of poems by Édouard Glissant, a Caribbean writer who probed the question of how different cultures can coexist. The exhibition shares in Glissant’s project—a pressing and necessary one that tries to describe this unstable and agitated present as a polyphony of voices and narratives. Through the works of more than sixty artists from more than forty countries—such as Albania, Algeria, Bangladesh, Egypt, Ghana, Iraq, Lebanon, Morocco, Syria, and Turkey—and with historical documents and objects of material culture, this exhibition charts both experiences and perceptions of migration and the current refugee crisis as an epoch-making transformation that is reframing contemporary history, geography, and culture.

"The Restless Earth" explores real and imaginary geographies, reconstructing the odyssey of migrants through personal and collective tales of exodus inspired by varying degrees of urgency and longing. The exhibition revolves around a series of geographic and thematic lines of inquiry—the war in Syria, the state of emergency in Lampedusa, life in refugee camps, the figure of the nomad or stateless person, and Italian migration in the early 20th century—which intersect with works that serve as visual metaphors for conditions of mobility and precariousness.

"The Restless Earth" focuses in particular on how artists bear witness to historic events, and how art can describe social and political change in the first person. The works on view point to a renewed faith that art and artists have a responsibility to portray and transform the world, creating not just images of conflict, but images that provide a space for critical thinking and exchange. Together, these stories—poised between historical epic and real-time diary—yield a vision of art as lyrical journalism, emotional documentary, and vivid, vital testimony.