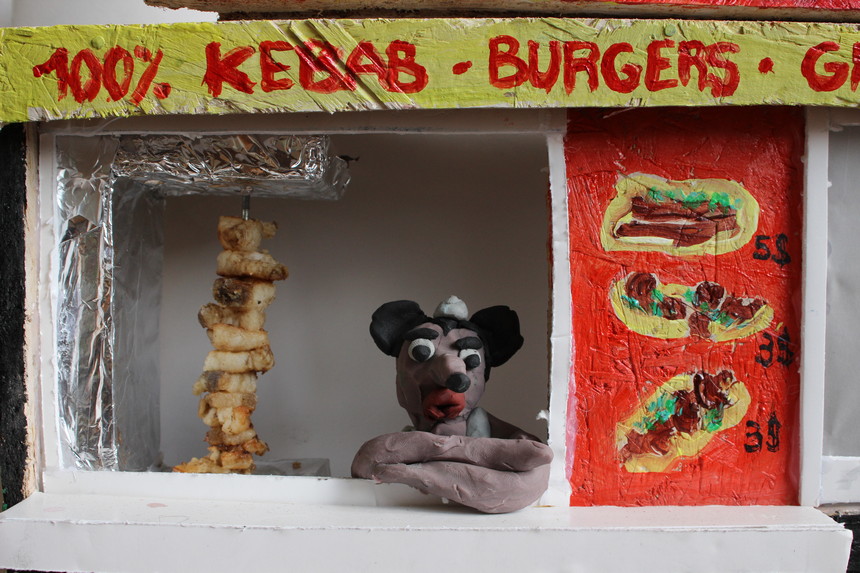 Artnewscafe is pleased to present the exhibition "Life in Plastic" by the young artist Mitch Brezounek, organised in partnership with Sariev Contemporary and presenting three short author's videos and author's set up and objects made for the music pieces of Zdravo Zac Kuzmanov.
The videos are created for the project Gutter Media which will be presented on 25 May during the event FLUCA представя Gutter Media by Zac & Mitch

Life in plastic
For the videos in "Life in Plastic" Mitch Brezounek says:

Chapter 1: Blend
A coffee table, a package lying on it, inside sleep peacefully two cigarettes. A cup full of instant coffee joins the scene, and suddenly the music plays. An electric sound and a hoarse voice are heard and the two cigarettes, in burst, were lit in the smiling mouths. The waves slipped into the four ears, hitting the eardrums and causing an instant reaction in the brain like a seismic jolt. The eruption poured out brutal pictures, one after the other, forming the movement, the visual and electrical wave of the film.

Chapter 2: Confess
Six years ago, I discovered the plastic qualities of the clay-animation. Already at that time the characters derived from American pop culture were ridiculing and parodying. The process of creation was close to psychological confinement that made me understand the value of time and patience. In animation a minute of film can be equal to one hour of work, so for a person like me, who doesn’t like to wait, it was an artistic test. It took me six years to get back to the animation process, but this time in music with the excitement of being able to visually experiment without restraint from Zac. The result is a perfect artistic collaboration, on the same perspective, which manages to create a graphic and musical universe without means of production, just for the sake of creating.

Chapter 3: Fake news
A Marlboro cowboy peacefully lights a cigarette on his handsome black stallion, red shirt unbuttoned and cold look, white Texas hat cut in the fire. Suddenly a shadow above him makes him fall into the darkness. A UFO shaped ass appears, of the buttocks rises a dazzling light that sucks the beautiful boy inside the black hole.

Mitch Brezounek is born in France in 1989 and is based in Plovdiv, Bulgaria. He graduated with Bachelor of Fine Arts from the European Academy of Art in Brittany - Lorient, France. He uses various techniques in the working process such as ceramic, drawing, painting, video installation, animation. He is member of the art collective Ouest Fisting from Lorient (2013-2017). The collective is part of the underground graphic culture with fanzine, silkcreen print, DYE, video and others. The collective has been invited to participate in graphic art festivals such as Crack festival, Rome, Italy, 2013, 2014; International Fanzine Festival, Istanbul, Turkey, 2014; Hip-hip Zine Fair, Sofia, Bulgaria, 2015; Vendetta, Marseille, France, 2016. In recent years, Mitch Brezounek is working in various techniques such as ceramic, drawing, painting, video installation, animation. In 2017 Aether Art Space presented his solo show “Incubus” with curator Voin de Voin. In 2018 Gallery L’Union presented his solo show “Venus Ritual” in Plovdiv. He was part of the group show “Shock und Schrecken” in Goethe-Institut Bulgarien, Sofia, curated by Stefka Tsaneva. In 2019 he was part of the group show “Art Start” at Credo Bonum gallery, curated by Vessela Nozharova and Stefka Tsaneva.

The exhibition is organised in partnership with Sariev Contemporary 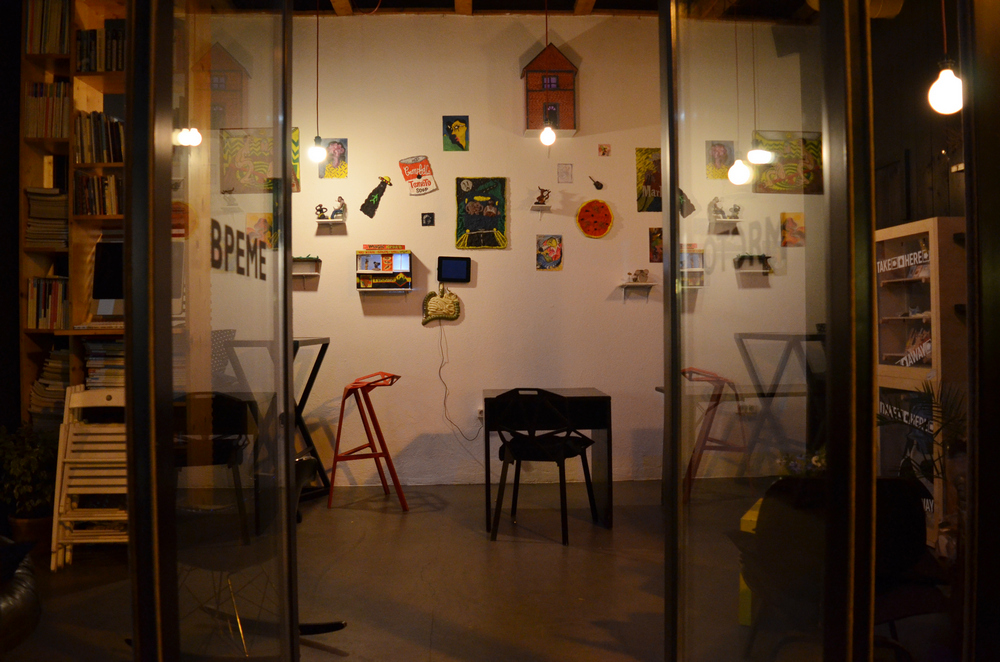