On 8 March 2018, at 6:30 pm, in Credo Bonum Gallery will be presented JUMPING OVER THREE SEAS… INTO THE FIFTH ONE, an exhibition by the German-based artist Valio Tchenkov, organized with the support of Sariev Contemporary Gallery, Plovdiv.. The exhibition will be open to the public every day until 1 April, at 2 Slavyanska Str., Sofia.

Valio Tchenkov left Bulgaria in 1990. There were many hardships and obstacles, many vacillations and collisions. In the absence of logic, on the verge of absurdity he jumped over three seas… and into the fifth one. His big exhibition at Credo Bonum brings together works from the last three years. Works that the artist would rather not define in words. They are not paintings, or sculptures, or objects; they might be all these things at the same time, because they are trajectories that started at different points. A chance encounter with an image or an object, or a story, starts the process of adding and removing, of freeform modeling. Fantastic figures appear on various surfaces, stories seem to come out of childhood nightmares. These images are appealing but also scary and shocking as they play an obscure game with the fantasy of the spectator. They remind us of the language of surrealism, but also that of comic strips… and there’s something of the old masters, too, only at the centre of the canvas there might be a hole, or some glued-on patch of cardboard.

For his works, the artist says: “I keep some sort of diary for events that are not actual events; I get influenced by secondary motives and start painting as if I know which way I’m going… If I’m lucky, the picture will have some individuality, the figures will click together, they will diffuse into what already exists. Some things seem to mutate. The whole goes out of control. It is as if I’ve hit the highway: you speed up, there are no rules, a sharp turn, then straight ahead. You step on the gas and… into the pit.” 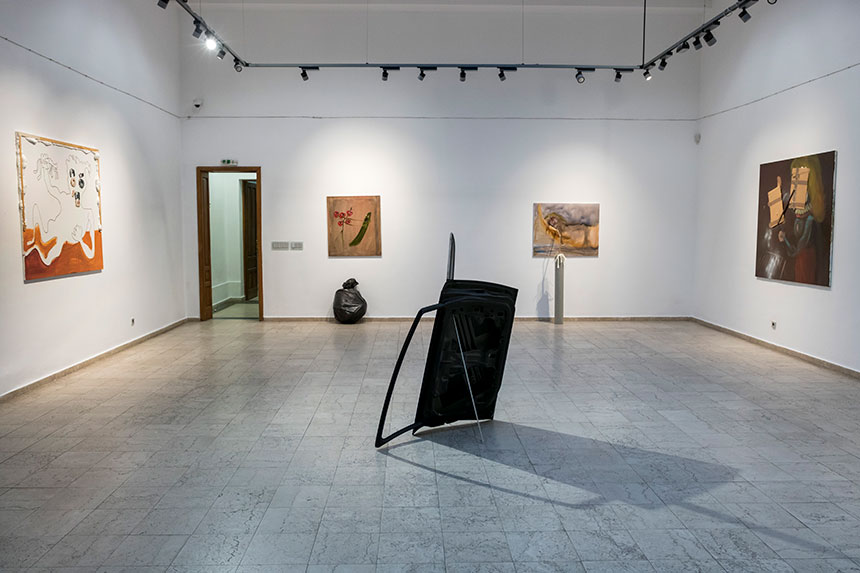 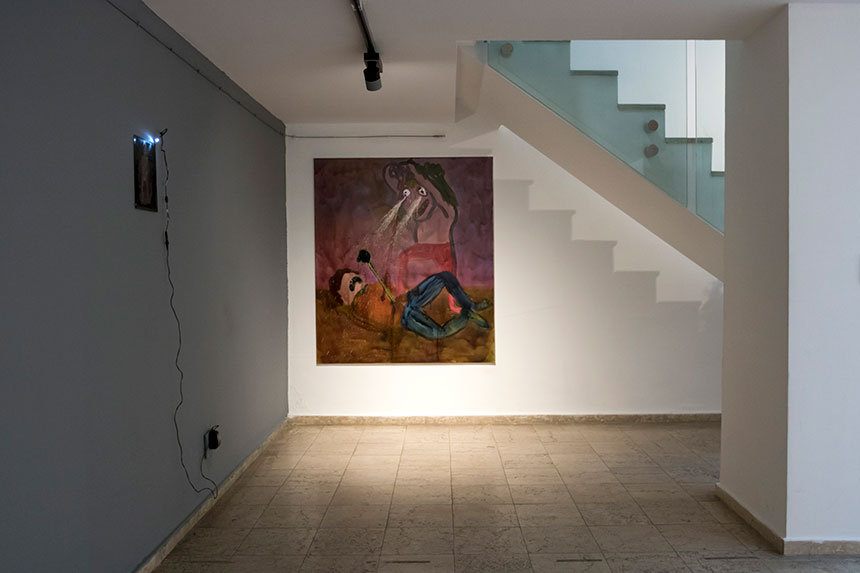 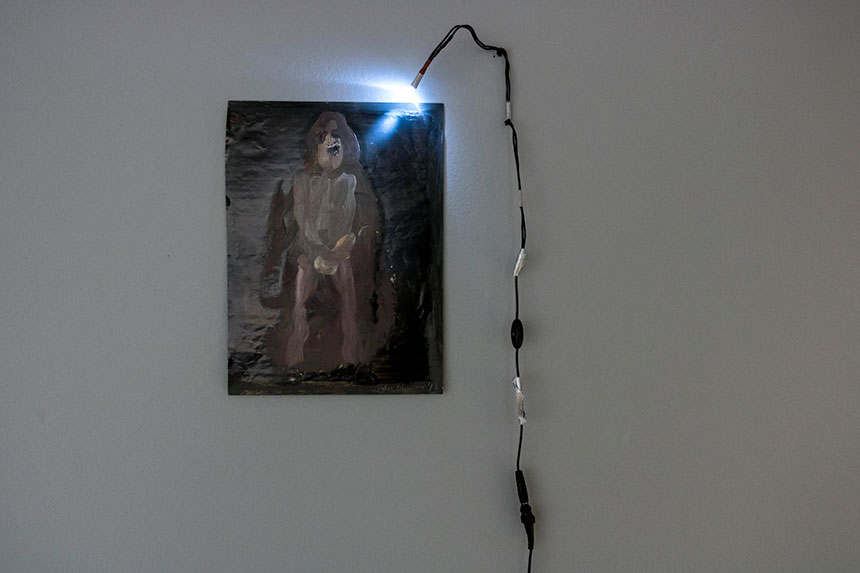 "If it is art, everything is allowed". Meeting with Valio Tchenkov
Literaturen vestnik, weekly print issue on culture - 14-20 March 2018
link

The Importance of surprising yourself
Capital Light, web and print issue - 21 March 2018
link