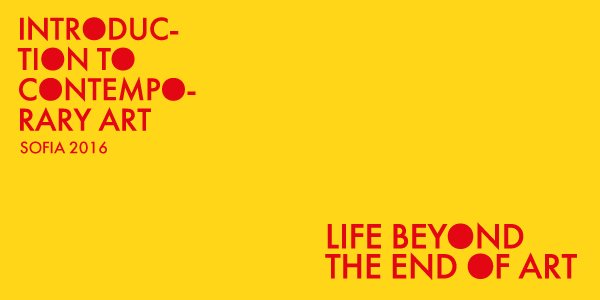 Life beyond the end of art


The educational platform "Introduction to Contemporary Art" aims to acquaint the audience with stylistic features, artistic practices and trends in contemporary art. This way it also tries to bring light to the social and institutional framework in which the publicity of art reflects. This course of lectures makes a comment on various aspects of the relationship between artistic production and social factors that shape it. Art has traditionally been analyzed in terms of social factors and historical background on which a particular artistic practice is developed. In recent decades, the object of attention and analysis is the activity of institutions such as museums, galleries, arts universities, municipalities and others, and in particular their role in shaping the artistic life. Institutions that apparently seem less committed to creating an art work, even if it is indirect, have influence by promoting or neglecting some or other artistic practices. These interventions are performed with instruments of cultural policy, often subordinate concepts gravitating around certain priorities considered universal (eg national, global etc.). Institutions significantly influence the perception of art through different presentation of artifacts, communication with the public and management of cultural heritage, which generate the value of artistic works with.

Svetla Kazalarska will take a note on the methods of the museum institutions to tell historical narratives and to address them to the audience, on one hand, and what are the limitations of these methods in terms of the contemporary artist and researcher, on the other. Prof. Boyan Manchev will comment on the role of theoretical discourse reproduced in educational and artistic institutions and its impact on contemporary art. He will also analyze the philosophical and historical grounds of the concept of modernity. Stanimir Panayotov will analyze in particular one of the current topics of theoretical discourse - speculative realism. Todor Todorov will comment on the use of photography as a tool to gain public influence and how the media operated for the purpose of trade and politics. /Vera Mlechevska/

Since 2014 onwards, thanks to the cooperation with Sariev Contemporary, the educational platform is also “introducing” to the topic of collecting by a series of lectures “Collectors Forum” - who and why collects contemporary art and what are the major public and private collections. This year for the first time will be presented one of the 100 most influential collectors in the world. This is Alain Servais from Belgium, who has an impressive collection of works of art with particular emphasis on video art. Servais is a “patron” who supports young artists – for example, providing housing in Brussels which houses part of his collection, as a residence for artists. 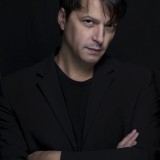 Boyan Manchev (b. 1970 in Sofia) is a philosopher. His work over the last two decades has focused in the field of ontology, philosophy of art and political philosophy. He continuously develops the project about philosophy of metamorphosis based on the idea of ​​dynamic modal ontology. Manchev teaches philosophy and theory of art and culture at the New Bulgarian University and philosophy and contemporary critical theory at Berlin University of the Arts; Director of the "Metamorphoses community: to modal ontology" and vice president of the International College of Philosophy in Paris (2004-2010). 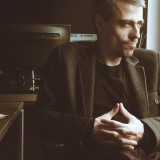 Todor Todorov is a P. Ph.D. and Associate Professor at the Faculty of Philosophy "St. Kliment Ohridski ". His interests are in the field of history of philosophy, philosophy and culture of the media and cultural and social theory and history of photography.
He is the author of collections of short stories "Tales of melancholic children" (2010), "Always Night" (2012), "Hexen, Mörder, Nixen, Dichter ..." (Frankfurt am Main, 2012) and "Immer die Nacht" (Frankfurt am Main 2016). He won the prize for best short story "Rashko Sougarev" (2011) for the story "Van Gogh in Paris." Translated in German, English, Greek, Croatian and Spanish.
In 2014 he released his book "Forgotten science. Metaphysics in the Arab Middle Ages: al-Kindi, Al-Farabi, Ibn Sina. " 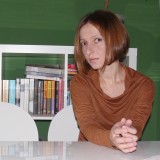 Svetla Kazalarska is a cultural anthropologist with research interests in the field of historical anthropology of socialism, urban anthropology, visual research and critical museology. In 2005 she was a scholarship student of the Visual Seminar (2005) at the Center for Advanced Studies and the Institute of Contemporary Art - Sofia individual project "On the way to 76". Winner of curatorial scholarship Kunsthauz Dresden (2005) and research fellowships at the Institute for Human Sciences - Vienna (2007), the Research Centre for Social Sciences - Sofia (2010) and the Center for Advanced Studies - Sofia (2012). In 2011, she had her PhD in cultural anthropology at Sofia University "St. Kliment Ohridski ". Author of the book "The Museum of Communism: between memory and history, politics and the market" (2013). She currently works as an assistant professor in "Ethnology of socialism and post-socialism" at the Institute of Ethnology and Folklore Studies with Ethnographic Museum (IEFSEM) BAS. As head of the section "Etnomuseology" (2014 - 2015) was among the initiators of the series conferences "Debate in museology" in IEFSEM and co-editor of the scientific collections "Look who's talking: communication and interpretation models at the Museum" (2014), "The Museum and the society of the spectacle "(2016) and" The museum across the nation?" (forthcoming). 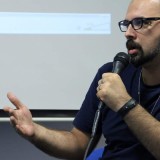 Stanimir Panayotov (b. 1982 in Sliven) is a doctoral student in comparative gender studies at Central European University, Budapest. He works in the crossing point between feminist philosophy, non-philosophy, Neoplatonism and new / speculative realism. Co-organizer and co-director of Sofia Queer Forum, and Summer School sexualities, cultures and policies (Belgrade). 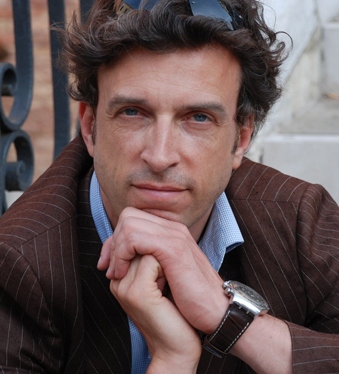 Alain Servais worked as an investment banker at Drexel Burnham Lambert - one of the biggest investment companies on Wall Street) and is currently an independent financial consultant and passionate collector of contemporary art. He started collecting in the late 90's, when in New York. A major focus of his activities as a collector are young and emerging artists. He is also among the first to passionately begin collecting video and digital art works. In an effort to support young artists, he offers as art residence his three-story apartment in Brussels, where he keeps his art collection. Today he owns one of the most interesting collections in Europe with works by artists from around the world. He is a member of the committee of the fair Armory Show in New York, as well as the board of patrons of the global fair ArtBasel.

All lectures of the course will be held in Sofia City Art Gallery starting at 17:00. Admission is free, and requires advance registration at: assistant@sariev-gallery.com.

"Introduction to Contemporary Art" is an educational platform started in 2011 by the Open Arts Foundation and SARIEV Contemporary in collaboration with the art historians Svetlana Kuyumdjieva, Vessela Nozharova and Vera Mlechevska. It aims to create a context and understanding of contemporary art in Bulgaria.
The program includes open lectures and artist talks that until 2014 were held in Sofia, in venues such as SKLADA /+/, the Sofia City Art Gallery and the Vivacom Art Hall. In 2015, a lecture series was organized for the first time in Plovdiv. The following artists have so far taken part in the program: Stefan Nikolaev, Nedko Solakov, Ergin Çavuşoğlu, Luchezar Boyadjiev, Krassimir Terziev, Peter Tzanev, Boris Missirkov, Georgi Bogdanov, Pravdoliub Ivanov and Boryana Rossa.

"Introduction to Contemporary Art" is a project of Open Arts Foundation and SARIEV Contemporary.

The "Introduction to Contemporary Art" 2016 - Sofia is funded by the Capital Program "Culture" of Sofia Municipality for 2016.