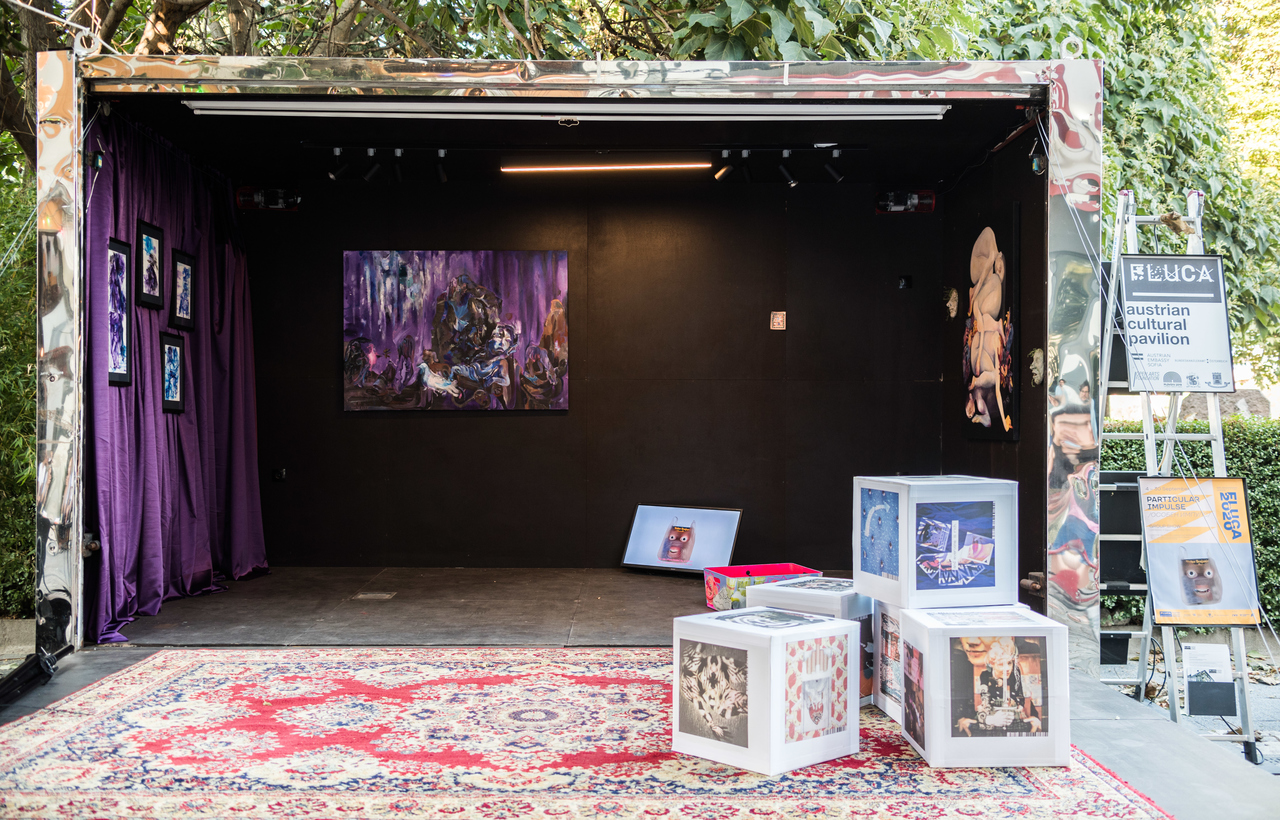 Curated by Valko Chobanov in collaboration with Vesselina Sarieva

If we see the human as a physical body, as an object that exists moving along a certain trajectory for a certain length of time, located in the physical space of planet Earth, does it matter what we choose as a set of objects and events with which we can form our personal narratives?

Or do they move along a path determined by physical laws and just run into us, imparting only an impulse, leaving only vague traces?

They, we, are not separated from each other, even if we are not conceptually close. The emotions we place in our creative work are a tool for signaling to ourselves and the others around us. An attempt to consolidate the invisible synchronised chance.

The power of chance may be inspiring and is willingly or unwillingly co-experienced, but our weaknesses and alienations and discrepancies in these synchronisations require their own trajectories, they are not an invitation to an influx of creative energy and empathy.

“No matter where you go, everyone's connected”*

In the works of Aleksandra Laskova, shown in the exhibition, the life of the artist is treated as a medium of the work itself. She remixes videos and photos from her visual diary, adding a new context to them through augmented reality. She explains her artwork as a “cognitive reconstruction of memories and events, whose product – collages and video – is the more genuine document of the experience.” The reconstruction was used not as a tool for re-creating past events, but as a tool to create a new way of re-considering and aestheticising personal memories. The work tries to outdo the purely documental function of the video and the photograph by shifting the focus on the subjective perception of the moment.

In Elena Savova's painting Will for Power, human bodies are piled one over the other – each of them taking a foetal position. The figural composition is the artist’s allegory of people's desire to rule over themselves, others, and their surroundings. The work is illustrative of the anthropocentric view of the surrounding world, when the dominant desire for supremacy creates an environment in which it is impossible to avoid pressure over and from the other.

Iva Vacheva is presented in the exhibition with paintings and drawings depicting a mix of personal images, archetypes and symbols. Her paintings have a special property: when looked at from a distance, at first glance they look like abstract spots, but when looked at more carefully one begins to notice the presence of numerous human and animal images (a horse with a flip-flop, a dog and a pigeon drawing a cart, a reverse centaur…) It is a contradictory reading of reality, similar to the moment when a person crosses the boundary between the dream and the real and looking at the objects in the room, even before it has dawned, their still unawakened consciousness begins to generate images in the space of the folds and shadows. A gate to one of the innermost mental spaces has been set up – that of dreams.

Krasimira Kirova shows a textile work in which she depicts a battle scene between two women, one of whom cuts off the head of the other – two confronting aspects of the female personality, the death of one of which does not bring it to its end, but is a transformation for both of them. In parallel, the plot is inspired by the scenes of ultraviolence in the video game Mortal Kombat. Although it references a combat game that is typically perceived as a boy's pastime, the artist, in order to perform the work in material, has used techniques that are associated with typically female activities - sewing and embroidery. This way, she develops the narrative by imparting new conceptual meaning, embodying the strength in the very act of sewing.

Marina Genova's work Vs aims to put the spectator in a situation where they will question the neutrality of the connection between the objects and the infinite fields of interpretation. Invisible and new narratives have been generated, with which the objects come to life and acquire human characteristics. In a video installation, an anthropomorphic plastic bag full of books quotes Bart and Adorno as a musical work inspired by the sound of bass-rap and hypnagogic pop music. In a duet-dialogue with the bag is a sculptural form – a monotonously babbling fountain. Vs. introduces us to the intimate world of the ambiguous relationships between meta-art and work of art, revealing to us their own, often underappreciated relationships.

At first glance, the only thing in common between the artists in the exhibition is that at some point in their lives they lived within Plovdiv, Bulgaria. The very works displayed in the exhibition do not follow a common conceptual thread, nor do they share common stylistic characteristics. My desire as a curator is to urge the audience to create connections and meaning between seemingly unrelated works on their own. This decision follows my intention to avoid the practice in which the curator takes a position of power and imposes their ideas on those artists with whom they work. This is an attempt to bypass the moment in which the artist perceives themselves as an individual who is demanding attention to their thoughts and experiences only to satisfy various subconscious needs they (or even the curator) may have.

The exhibition functions as a temporary space, free from the idea of competition; a space of support and recognition in which we celebrate creativity and understand its peculiarities. A place where the personal memories, feelings and ideas of the different artists are not placed in a competition between them.

Learn more about Fluca at: