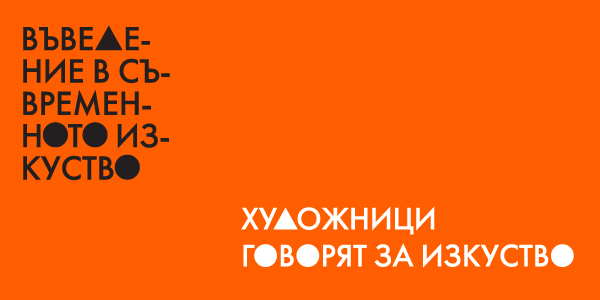 23 March
In the Twilight of Post-Media. Everything is digital, but can we talk of digital art?
Krassimir Terziev

18 May
Site-Specific Art. To Move an Artwork Is To Destroy It
Pravdoliub Ivanov


In 2013, the Introduction to Contemporary Art program will take the form of a series of talks with distinguished Bulgarian artists moderated by the young curator Vera Mlechevska. Through first-person accounts of their experience as practitioners and theoreticians, the artists will familiarize the audience with selected topics from the development of contemporary art. Instead of following a strict chronology, the talks will highlight key artistic trends and processes and their interaction with the Bulgarian art scene, as seen through the lens of each artist’s specific interests and pursuits. The audience will be acquainted with such important stages in the history of art as the radical break with the cultural values of previous ages, the de-aesthetization of art and adoption of new forms of publicity, the influence of mass reproduction on artistic imagery and the proliferation of new technologies. The talks will also aim to create a deeper and more reflexive understanding of the history of artistic vanguards and postmodern art, and seek to widen the perceived boundaries of art. Artists will also share thoughts on their personal sources of inspiration and how various moments in the history of art have influenced their own artistic development. The Introduction to Contemporary Art – Artists Talk About Art series is richly illustrated with visual material and is open to contribution (questions as well as opinions) from the public. 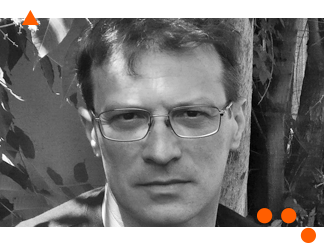 KRASSIMIR TERZIEV (b. 1969, Dobrich) graduated from the National Academy of Arts (1997) with a degree in oil painting and holds a PhD in Cultural Anthropology. He has taken part in exhibitions and film/video programs at the Centre Pompidou, Paris; the Argos Centre for Art & Media, Brussels; the Museo Nacional Centro de Arte Reina Sofía, Madrid; MuHKA, Antwerpen; the Kunsthalle, Budapest; the Generali Foundation, Vienna; the TATE Modern, London; the Contemporary Art Museum St. Louis; and the Renaissance Society, Chicago. His solo exhibitions include: “Background Action”, Würtembergischer Kunstverein, Stuttgart, 2008 and City Art Gallery, Sofia, 2007; “Remote Likenesses”, Goethe Institute, Sofia, 2006; “Excuse Me, Which City Is This?”, ICA-Sofia, 2004; “On The BG Track”, Belgrade Cultural Centre, Belgrade, 2003; “Everything Seems Alright”, The Kitchen, New York, 1999. His book Re-composition. Author, Media and Artwork in the Age of Digital Reproduction (East/West/ICA-Sofia) was published in 2012. In 2011, he received the M-tel Award for Contemporary Art (with Daniela Kostova and Tsvetan Krustev), and in 2007 – the Gaudenz Ruf Award for New Bulgarian Art. He lives and works in Sofia. 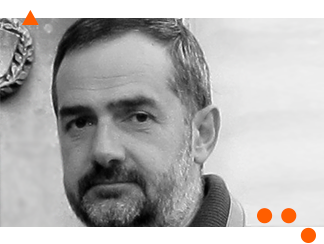 PETAR TSANEV (b. 1967) is a professor of Psychology of Art and Art Education History at the National Academy of Arts in Sofia, where he is the Department Chair in these disciplines. He holds a PhD in Art History and Theory. He is the author two books – Psychological Approaches in Art Theory and History (2009) and Psychology of Art (2008), sixteen textbooks and numerous articles in academic journals and magazines. He is an adjunct professor of art theory at the St. St. Cyril and Methodius University in Veliko Turnovo. He is the founder and editor-in-chief of ArtPsychology.net / Journal of Art Psychology and a member of the board of editors of the Izkustvo i Kritika magazine. 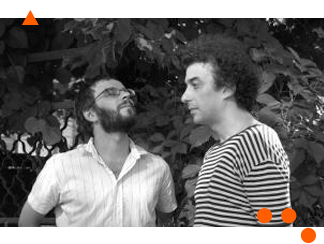 BORIS MISSIRKOV (b. 1971) / GEORGI BOGDANOV (b. 1971) are cinematographers of feature documentaries, shorts, videos and visual campaigns, and freelance photographers. Together, they conceived and founded the production company AGITPROP and co-founded the Bulgarian Photographic Association. For their work as directors of cinematography, they have received a number of international awards: for Georgi and the Butterflies – Silver Wolf, IDFA 2004, Amsterdam; for The Mosquito Problem and Other Stories (world premiere at the International Critics’ Week, Canne Film Festival 2007) – the Grierson Award for Best Feature-Length Documentary, London Film Festival; and for Corridor No.8 (premiere at Berlinale 2008 – FORUM) – the Independent Award of the Ecumenical Jury. Their photography has been published in leading Bulgarian publications, as well as in Photo&Video and Afisha (Russia), Arena (United Kingdom), Imago (Slovakia), European Photography (Germany), Camera Austria, and others. They are correspondents of the Italian magazine Colors. Their work has been shown in solo and group exhibitions of photography and contemporary art in Europe and the United States, and is owned by the Houston Museum of Fine Arts; the Musée de l’Elysée, Lausanne; the Museum of Photographic Art, Odense; UniCredit Bank, Italy; the Venice International University; Erste Bank, Austria; the Embassy of the United States of America in Bulgaria, as well as by private galleries and collectors in the USA, Austria and Germany. They live and work in Sofia. 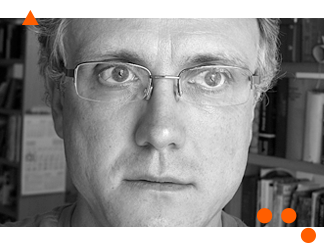 PRAVDOLIUB IVANOV was born in 1964 in Plovdiv. He graduated from the National Academy of Arts in Sofia in 1993. He is a founding member of the Institute of Contemporary Art in Sofia and teaches at the National Academy of Arts. His work has been shown in solo exhibitions in Sofia, Plovdiv, Warsaw, La Chaux-de-Fonds (Switzerland) and New York. He has also taken part in the following major group exhibitions: „In the Gorges of the Balkans“, Kunsthalle Fridericianum, Kassel; „Blood and Honey, Future’s in the Balkans“, Essl Collection, Vienna; „Sport in Art“, Museum of Contemporary Art, Krakow; „Breaking Walls – Building Networks”, Macedonian Museum of Contemporary Art, Thessaloniki; „Who Killed Oil Painting?“, works from the collection of Rene Block, Neu Museum, Bremen; “In Crisis – Terra Mediterranea”, Municipal Arts Center, Nicosia; as well as in the following biennials of contemporary art: Istanbul (4th), Manifesta (4th), Sydney (14th), Thessaloniki (1st), Venice (52nd) and Berlin (5th). He lives and works in Sofia.

BORYANA ROSSA was born in 1972 in Sofia. She works in the field of performance art, film, photography and the digital arts, and curates her own projects. In 2004, she co-founded the art collective Ultrafuturo with Oleg Mavromatti, with which she has taken part in a number of international exhibitions. Boryana has recently completed her dissertation Gender in the Post-Cold War Age at the Rensselaer Polytechnic Institute in New York State. She teaches video, film and interdisciplinary art at the Transmedia Department of Syracuse University. Although she spends most of her time in the United States, she continues to be active on the Bulgarian art scene. Her works have been shown at the Museum of Modern Art (MUMOK), Vienna; Zacheta National Gallery of Art, Warsaw; the Brooklyn Museum, New York; the 1st and 2nd Biennials, Moscow; the 1st Balkan Biennial, Thessaloniki, and others. She lives and works between Sofia and New York.

VERA MLECHEVSKA is a curator and art critic. She graduated from the National Academy of Arts in Sofia and the Konstfack University College of Arts, Crafts and Design in Stockholm. Her most recent exhibitions include: „Persona”, Institute of Contemporary Art, Sofia; „Transgressions”, Credo Bonum Gallery, 2011; “The End and Beyond”, Center of Contemporary Art, Plovdiv, 2011; and „Rituals of the Everyday“, 2012. She has written for the Kultura newspaper, Lik magazine and Blistermagazine.com. She is a member of the Art Affairs and Documents Foundation, where she collaborates on educational and interdisciplinary projects.

Introduction to Contemporary Art is an educational platform started in 2011 by Open Arts Foundation and gallery Sariev Contemporary and developed in cooperation with curators and art historians Svetlana Kuyumdjieva, Vessela Nozharova and Vera Mlechevska, among others. With activities ranging from specialized education courses to open lectures and artist talks, the program is motivated by the need for generating additional context for contemporary art in Bulgaria. Introduction to Contemporary Art is hosted in Sofia, in venues such as Sklada /+/, the Sofia City Art Gallery and the Vivacom Art Hall. Since 2012, all of the program’s events have free admission (with advance booking).